Mia Elliott Has the Answers: On Producing Movies that Matter 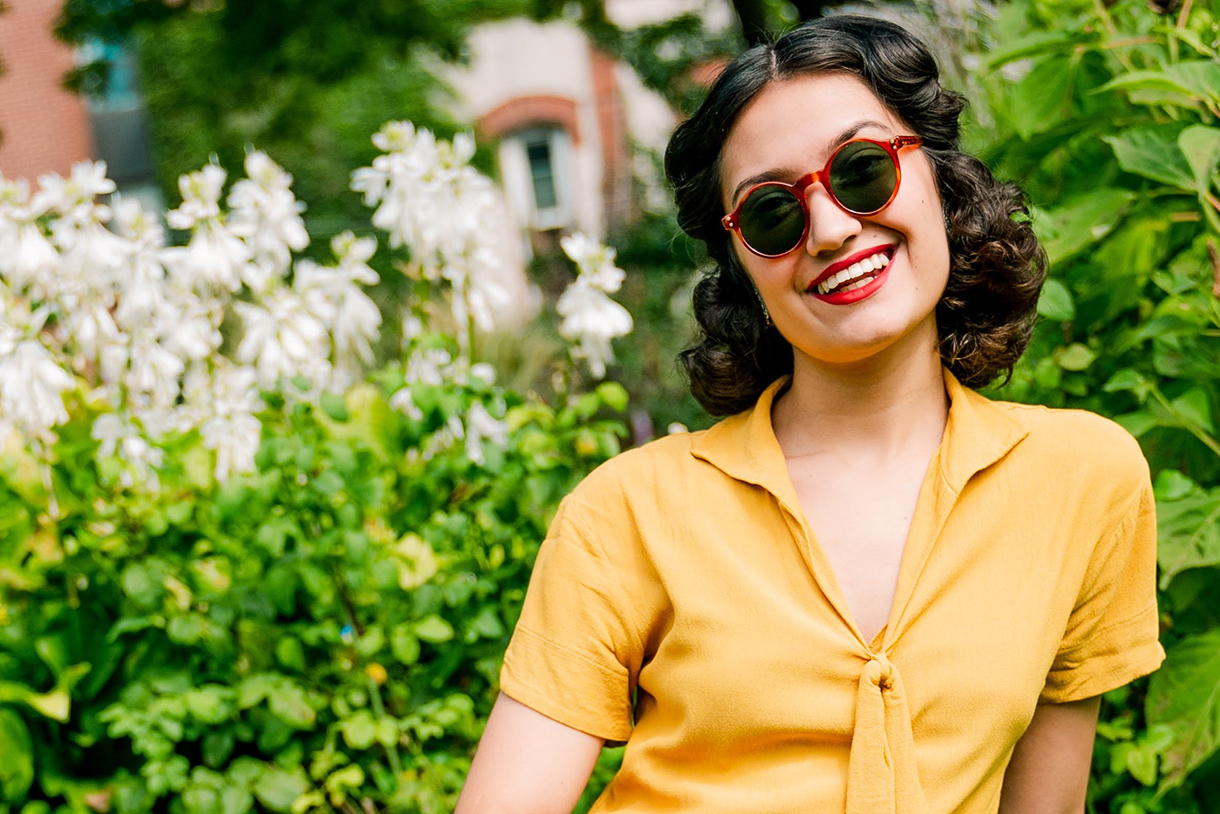 Mia Elliott sat in Cinema and Television Arts Associate Professor Dan Rybicky’s Intro to Documentary course and felt her world open up. She wasn’t quite sure what she had expected out of this course, but in her mind it was a lot more dry, critical analysis and a lot less creative stimulation. She certainly hadn’t expected a course helmed by a Professor open enough to share his own work, who cared enough to give important feedback (even the tough, unpleasant kind), and dedicated enough to challenge his students week after week.

In Rybicky, Elliott found a person who was dedicated to her success in a different way than she ever imagined. You could expect more than instruction on film analysis from Rybicky—you could expect what Elliott calls Rybicky’s “producer side” to come out as well, in his artistic process as a practicing documentarian and, as Elliott says, “the notes that he has to give on the stories we want to make.”

For Elliott, a CTVA Senior who has known that she wanted to be in the film industry since early childhood, being at Columbia College Chicago, a place where faculty are “putting the wind in my sails, so to speak,” has been enlightening. Elliott has produced two Capstone Advanced Practicum films, a Directing 3 project, and is a finalist in the 2020 Coca-Cola Regal Films Program. Elliott credits a lot of her success to looking for stories that empower the viewer. She says, “I don't want to make something that dims people outlook. I want to make films that do the opposite.”

In the first film Elliott line produced, “Boy Sugar,” for a Directing 3 class, Elliott tackled a story about a non-binary drag queen, Levi, who is marginalized because of their identity. Levi ends up meeting a magical drag queen who introduces them to a world in which they find acceptance and empowerment. For Elliott, who readily admits, “I didn’t know much about these issues in the drag world!” producing this film was a way to increase her understanding of a group often targeted by bigotry and violence.

The next film Elliott produced, which will be premiering in May, has the working title “Discontent.” It follows a young girl in small town America who is forced to grapple with different manifestations of toxic masculinity expressed by powerful men in her life. Ultimately, the main character exerts her power and independence and finds, in her refusal to accept gendered oppression, her own freedom.

Elliott is currently involved in producing a second Advanced Practicum film, titled “See Me,” which follows a young boy who lives with his older brother in his journey to build sustainable and meaningful relationships in his life. Elliott describes the film as “a story of looking for a male role model in a world [partially defined by its] evil.”

Elliott thinks big and has even bigger dreams: she hopes to conclude her senior year, secure an industry internship, and, one day, produce a big-budget period piece. “Overseeing writing, creative development, and design for something like that would be the dream!”

For now, Elliott’s creative vision has already put her on the industry map. A participant in the Coca-Cola Refreshing Films program for the second year in a row, Elliott has also twice made it into the top 15 schools in a competition for a creative 30-second spot featuring Coca-Cola. This year’s submission, called “Magic,” is quite promising—it’s currently in the editing process and Elliott and her team will be flown out to New York for a coloring session given to finalists.

The process has educated Elliott on working with various clients, taking notes on production, and working creatively and collaboratively to make engaging content. Elliott credits her time at Columbia for much of her success. As she tell other students, “You have the power [at Columbia] to make filmmaking a really positive experience for everybody. And the answer can lie in you.” Mia Elliott has those answers—answers we will be seeing on the big screen very, very soon.