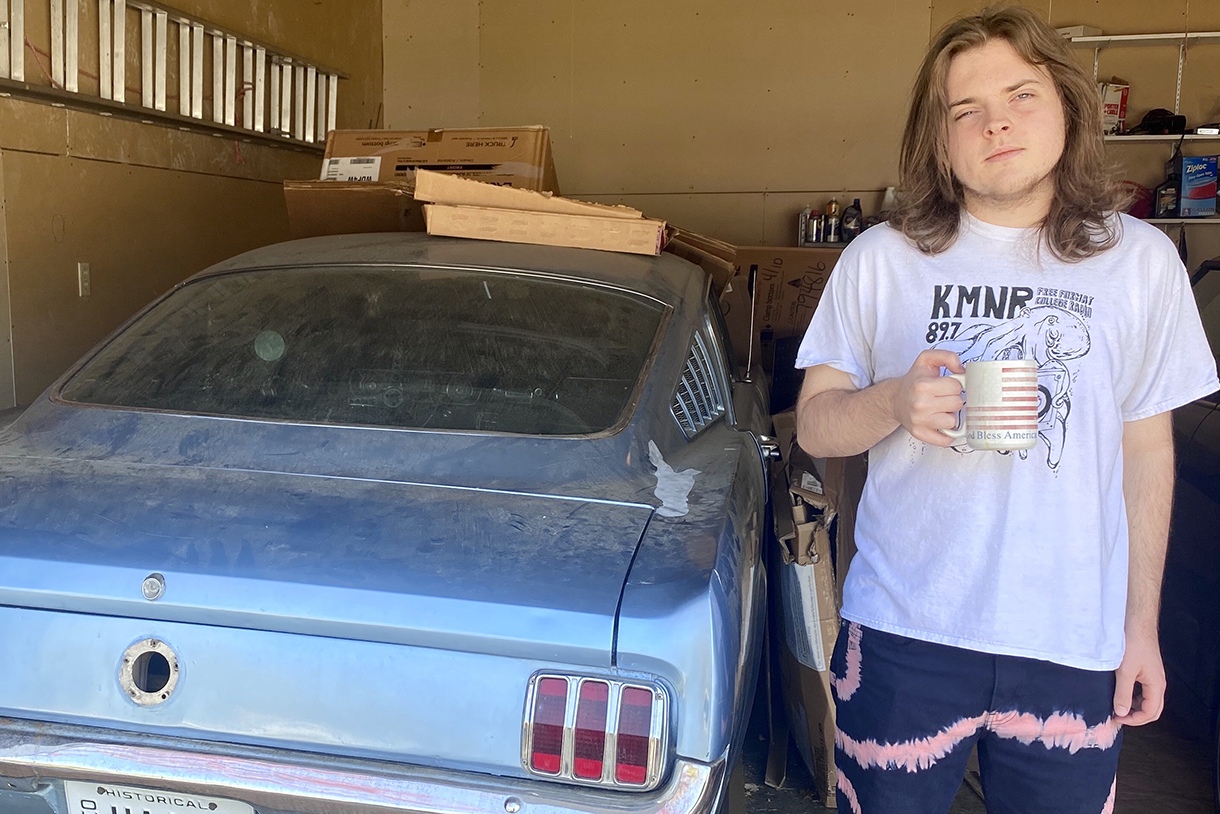 Wesley Reno on engineering, his internship at Electrical Audio, and working in the era of COVID-19

Wesley Reno was studying math at the Missouri University of Science and Technology but lived for his hours at his school’s radio station. He was good at math, but he didn’t enjoy his schoolwork all that much. But now, Wesley finds himself “really invested in putting on live on-air sessions, just music and audio in general.” As he says, he “fell in love with it.” Over time, he says, “I started to realize that, ‘Hey, I don't have to just do this now in college. This is something that I can do forever, and I enjoy it enough to do it.’”

The realization may have been half the battle, but finding a place to continue his Audio Arts and Acoustics training wasn’t totally free from challenges. As Reno says, “Columbia is awesome because they have a bachelor's program. I had already had a two-year degree, and a lot of other institutions that offer audio education are certificate based… I just loved the location, I love being in Chicago, there's such a rich recording history in the music that I'm interested in that took place in Chicago. It just so happens that a lot of the faculty was involved in that rich history. And it fit my desires in terms of a liberal arts education.”

Today, in the days of COVID-19 related self-isolation, Reno is finding ways to continue to be engaged in his community of artists. As he says, “It's really put a push towards home recording. I think that a lot of artists are now able to just sit at home and have some time to draft, or maybe even produce something that will be released in their home.” For Reno, who just completed an album as an assistant engineer, the work continues.

Columbia provided Reno, now a senior, with the opportunity not only to connect with mentors like Josh Shapera, instructors in Audio Arts and Acoustics who have continued to shape Reno’s career trajectory, but also to land internships and assistantships in some of the most coveted places. For Reno, that has meant being trained by the likes of legend Steve Albini at Electrical Audio.

Reno remembers, “Electrical Audio was the dream studio…I went to the career center and met with Tom Joyce, and he sat me down and gave me a list of studios to research. And I said, "Yeah, that's great. I'd love to do research and broaden my horizon to potentially have a plan B. But plan A, no matter what, I want to be in Electrical Audio.” After some guidance and preparation, Reno emailed the internship manager, got an interview, and as he says, “Next thing I know, I’m an intern.”

The Electrical Audio internship proved to be transformative. But in more of a blood, sweat, and tears kind of way than a magic wand kind of way. Reno says, “It was tough. It was a lot of work as well as proving that you wanted to be in the room. It was a lot of menial task work, cleaning, and just hospitality. And I don't want to give too much away because it's kind of, I don't want to say it's ritualistic, but a lot of it was about realizing my own confidence and then taking action based on it.”

Still it was all worth it, because at the end of the day, “it was incredibly amazing to be able to sit in a room with Steve and just watch him work and learn his attitude towards recording, and ask him and pick his brain about things that you couldn't really pick anybody else's brains about.”

Today, the landscape in Audio Arts and the world in general is different than anyone expected it to be. Still, though, Reno’s training has prepared him for what lies ahead. He recommends: “Persistence…[and] getting in contact now with the people that you need to get in contact with…And maybe towards the end of self-isolation, if you feel that that’s about to come, just be persistent with reaching out to those who inspire you and trying to learn from them…I think that’s how you come out on top and learn from this situation.”