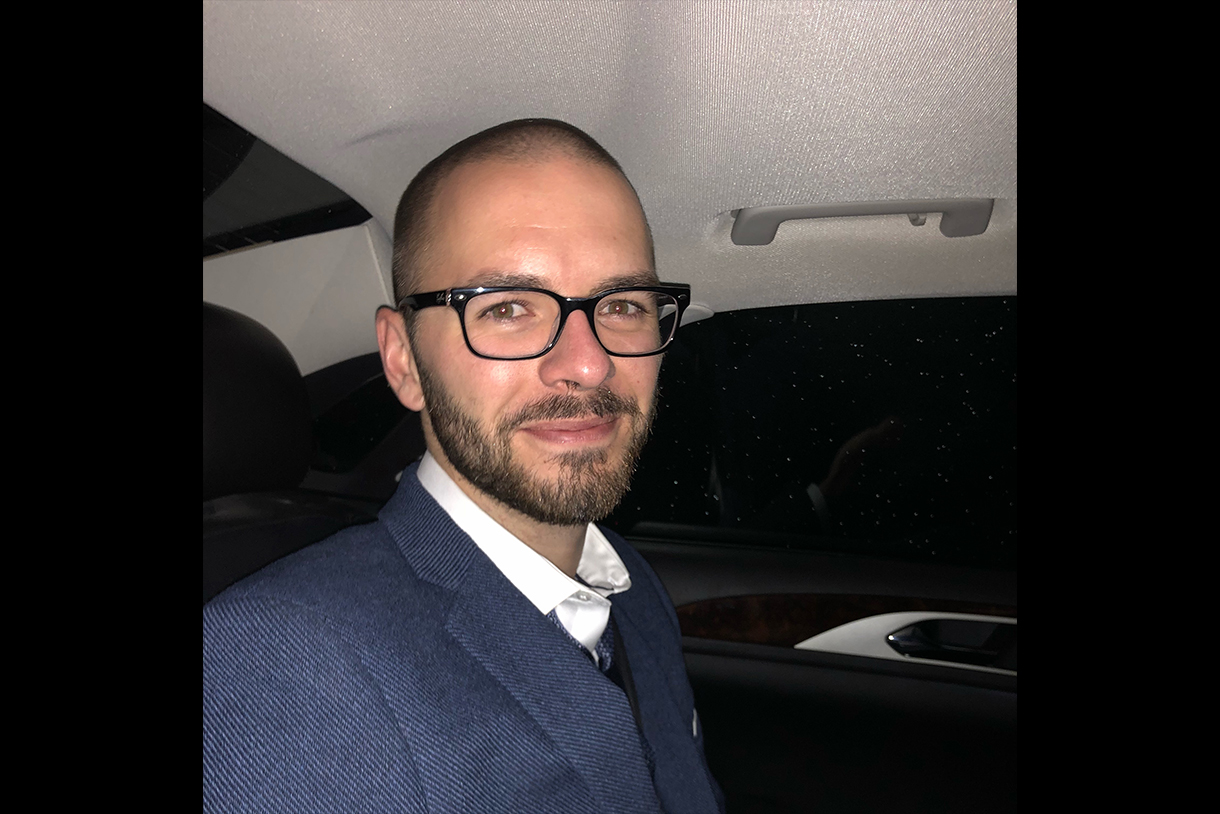 Andrew Hulva
How Audio Arts and Acoustics Alum Andrew Hulva combined his passions to forge a unique career in his chosen field.

Growing up, Andrew Hulva had two passions. The first was sound. That included music, but also, as he says, “all things that made noise—pleasant or not, loud or quiet, fast or slow.” The second was engineering. As he says, “I also love math and science, but my family didn’t have advice on how to combine the two. I left high school thinking it was either music or engineering.”

In that mindset, Hulva enrolled at Indiana University to study classical guitar. He figured that if that plan didn’t work out, he could always switch to engineering. His schedule would have looked highly unusual to an outsider. It included his performance classes, to be sure, but also calculus. Though he enjoyed his courses of study, he didn’t feel entirely fulfilled. As he says, “My grades were good, but I didn’t see myself going anywhere.”

Hulva started to look around for other options. After doing some research, he found that at Columbia College Chicago something extraordinary was possible: “I [found that I] could combine my loves of music and math in service of my passion: great sound.” Almost immediately after discovering this, Hulva started the transfer process. It proved to be a turning point in his life. Now, he says, “I hope the truth that you don’t have to make this choice between art and sciences resonates with kids who think this fork is going to appear. You can have it both ways.”

Coming to Columbia proved to be a breath of fresh air. As Hulva describes it, “Columbia is situated uniquely as one of the very few B.S. Acoustics programs in the country and considering the education as a whole and the community, it is truly unique. There’s always been magic from the teachers and students that just seems to seep through the walls, and it’s so exciting.”

That passion that infused the lives of Hulva’s classmates, teachers, and mentors also empowered him to join Columbia’s Acoustical Society of American student chapter. By his sophomore year, he became the chapter President. He took advantage of the experience for everything it was worth, making a concerted effort to mentor other students and build connections on the subsidized trips that he and other Columbia students made to national meetings in places like San Francisco, Boston, Salt Lake City, and Montreal. These weren’t small trips either: “We’re talking up to 24 people each time,” Hulva remembers.

Hulva continued building his community and skills during his time at Columbia, eventually forming his own LLC, Hulva Acoustics, which allowed him to work as a private consultant for outside clients. Through this LLC he kept expanding his knowledge base, even learning the proprietary multi-paradigm programming language, MATLAB, for one of his clients, Eastman Chemical Company. “In addition to this, I [was] asked to give my assessment of the acoustics of a few spaces [through my company], and having an LLC lent credibility to my work,” Hulva says. “I encourage anyone with a service to offer as a student to form a business entity. It is relatively inexpensive and sends a message that you’re serious about your work.

After graduating, Hulva decided to continue his education at Virginia Tech. There, pursuing his M.S. in Architecture, Hulva says, “It was the right decision, as I was able to split my time between the architecture and mechatronics lab and take graduate courses in acoustics and digital signal processing over in the mechanical engineering department.” While at Virginia Tech, Hulva says, “the opportunity of a lifetime happened when I was offered an internship [at a major industry player] that ended up turning into employment.”

Now, nearly four years later, Hulva can’t seem himself leaving his current position anytime soon. His job offers a diverse and rewarding day-to-day experience. As he says, on any given day he could be “measuring the performance of a device, experimenting with a new design’s performance, performing a simulation, developing a demo of a far-out technology, reviewing factory data, figuring out the reason for a new issue, developing a test to screen this issue, listening to keep my ears in shape, or reading textbooks to keep my mind in shape.”

And for students who may want to follow in his footsteps, Hulva has some advice: “Find your motivation and approach every day with increasing intensity. What you get from Columbia is entirely dependent on what you put in, and I think you'll find life to be the same way… Set personal milestones. Graduate with a certain GPA, finish recording the rest of the songs on the album you've been meaning to work on. Seriously, it's more important that you do anything rather than talking about doing something.” And once you do and keep doing, opportunities of a lifetime, like the one Hulva took advantage of, will open themselves up to you. After all, for Hulva, transferring to Columbia was only the beginning.