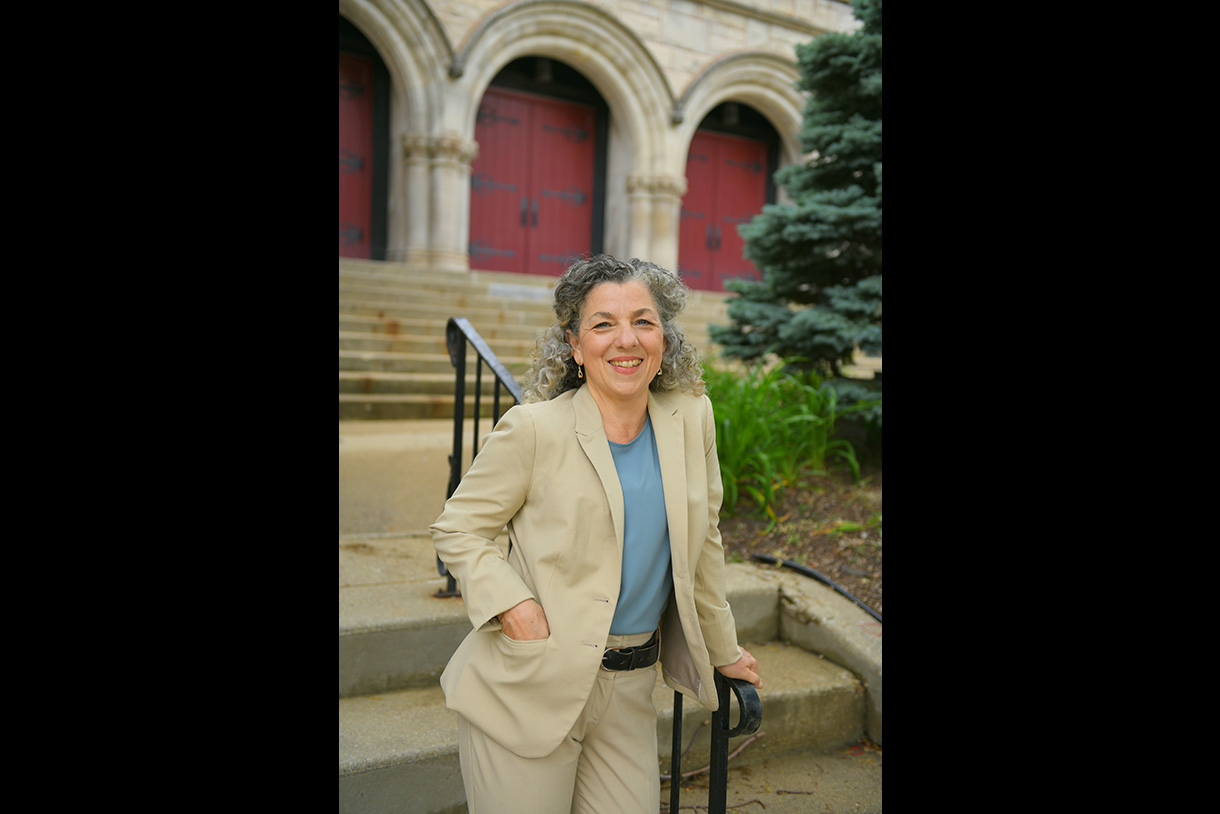 ‘You could do [writing] for a living.’ “That had never occurred to me. ... But the minute he said it, I knew it was for me,” said Petrolle.

Associate Professor Jeanne Petrolle started writing in first grade. She would fold construction paper in half, secure the binding with yarn, and create a book. Having grown up in a rural New England town, she would spend her time writing stories about animals. Petrolle never thought about becoming a writer: she just started writing the minute she could hold a pen, manipulate paper, and make sentences.

At first when Petrolle entered College, she thought she wanted to be an actor, and then a psychologist, and then she realized she had no idea what she wanted to be or do. So, she took a few years off while living in New York City. Of her time in New York City, Petrolle says, “I majored in the acquisition of remarkable experiences, like selling advertising for the Village Voice, crossing the Brooklyn Bridge on foot, and studying modern dance.” Eventually, Petrolle moved back to Connecticut, began working full time and re-enrolled in college.

When Petrolle was an undergraduate student at Southern Connecticut State University, a mentor, English Professor Dan Ort, encouraged her to submit an essay to an Undergraduate Literature Conference. Petrolle knew that she was good at writing essays about literature and submitted it. The Conference accepted her paper on the late medieval English writer Margery Kempe, and she went and read it at the conference in Provo, Utah. “When I got back to Connecticut,” Petrolle remembers, “I burst into Dan's office, full of enthusiasm, babbling about all the ideas I'd heard, all the literature we'd discussed, what a blast I'd had.” ‘You know,’ Ort said, ‘You could do it for a living.’ “That had never occurred to me. ... But the minute he said it, I knew it was for me,” said Petrolle.

From that moment on, Petrolle never looked back. She went to graduate school, and earned a Master’s and a Ph.D. from the University of Illinois, while publishing film scholarship. When she saw a tenure-track position open up at Columbia College Chicago she applied for it and was hired. Today, Petrolle teaches several classes at Columbia, including First-Year Writing, Twentieth Century Literature, Literature and Visual Culture, The Bible as Literature, Seminars in Women's Literature, Native American Literature, and Literature, Culture, Power. Petrolle’s advice for current and prospective students is “Don't try to plan your entire life all at once. All you need is your next step. Just keep looking for that next right step, and you can build a life you love. Also, don't party too hard. A little revelry goes a long way.” For students considering majoring in English or Creative Writing Petrolle recommends, “Read as much as you can. Figure out what you most like to read and read a lot of it. Make sure to read essays too.”

At first, Petrolle started writing primarily about film, postmodernist novels, and literary theory. Her first book was about postmodern allegory. Her interest in allegory, storytelling wrapped around philosophical or religious ideas, led her to where allegory began. Some of the world's oldest allegorical writing is in the Bible. Petrolle found that reading the Bible allegorically allowed people with conflicting worldviews to explore the Bible together peaceably. With this realization, she began teaching the Bible as Literature at Columbia. After teaching this course for ten years and becoming fascinated by literary approaches to the Bible, she shifted her creative focus to Religion and Literature.

Recently, Petrolle completed a scholarly article about uses of Hebrew prophecy in Djuna Barnes's novel Nightwood, a lesbian gothic romance. The article will be published in the Notre Dame journal Religion and Literature. Petrolle has also launched a podcast called The Bible and Modern Literature and a YouTube channel called Reading the Bible as Literature. Her most recent podcast episode is about Paul Laurence Dunbar's uses of the Exodus story in his poem "An Antebellum Sermon," and can be found on Apple Podcasts, Spotify, Stitcher, and Amazon, or on her website: www.jeannepetrolle.com