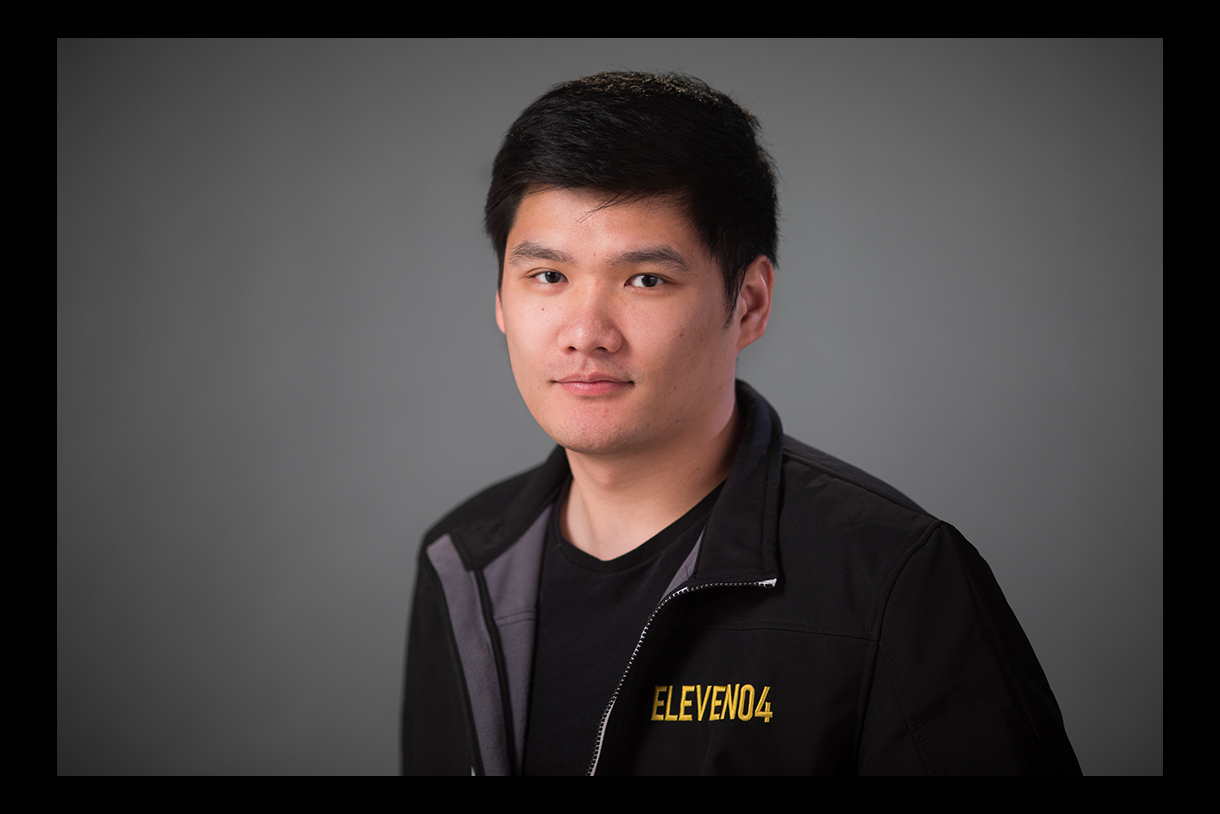 Richard Song sat down with us to talk about building a life beyond cultural assimilation and how his business, Eleven04, has taken off.

At Columbia College Chicago, Cinema and Television Arts student Richard Song watched many students like him make choices that he didn’t want to make. He felt as though many international students were either entirely assimilating or protecting their identities and rejecting experiencing cultural growth. Neither seemed like good options. Song wanted something else: “I want[ed] to create a new community environment for people to feel comfortable in, people like me,” he says.

And so, beginning while he was still in school, the idea of Eleven04 was born: a co-working space and equipment rental business in Chicago catering to the needs of student and independent filmmakers. For Song, it was about meeting the needs of artists who felt as though there were nearly insurmountable barriers to entry into the world of film. It was also about constructing a culture of acceptance, mutual aid, and creative development. In the beginning, the prospect of starting such a business wasn’t glamorous. Song laughs, saying “I basically didn’t really want to work for other people.” He wanted to work with other people, appreciating a distinction that separates truly innovative artists from the rest of the pack.

From the beginning, at Columbia, Song took his unique perspective on community-building to the highest possible level. Remembering the positive creative growth that occurred after events in high school back in China, Song immediately took to organizing and participating in student events at Columbia. At first, it was a shock: nobody was showing up to planned networking events. Song quickly found that he needed to participate in more expansive outreach. He says, “That just stuck with me: [I realized that] if I want to make a community [and] I want to make something happen, I need people to be involved with…and they need to feel comfortable.” Eleven04 seeks to solve this problem by operating as a fixed collaborative space where creatives can co-mingle, work, and socialize while renting equipment they need for their projects.

It’s a unique business, but then again, Song has always charted a unique path. Growing up he was not exposed to many films or filmmakers, and the idea of creating a career in film was not widely encouraged. Despite this, Song’s interest in storytelling and culture grew. By the time he enrolled at Columbia College Chicago, he prioritized building a supportive and collaborative work environment for himself and dove in to building a business that would allow him to approach his art sustainably. As he says, with good humor, “I want to make sure I don’t become a starving artist!”

He doesn’t need to worry—despite some setbacks in the co-working environment due to COVID-19, Song’s business is growing and thriving, and he is producing independent films. He is currently working with another Columbia alum, Ayesha Abouelazm ’17, now an Adjunct Instructor of Film Production at Loyola University in Chicago, on a new film, currently in pre-production.

Song looks forward to a career in which he can help other independent filmmakers, film students, and members of the community achieve their goals. And to other students, he has a bit of advice. “Ask yourself what you really want,” he says. “I think that's something that you need to ask yourself and get really true answer to yourself. And then after that, just whatever you make decision or whatever you want to do, just always stay true to yourself and that will help you. And also the choice is going to be hard, it's not going to be easy. It's going to be difficult, it's going to be bumpy, but so long you understand what you want and who you are, that will make your entire journey more worthwhile and also a little more enjoyable.”