Social Justice Through the Lens 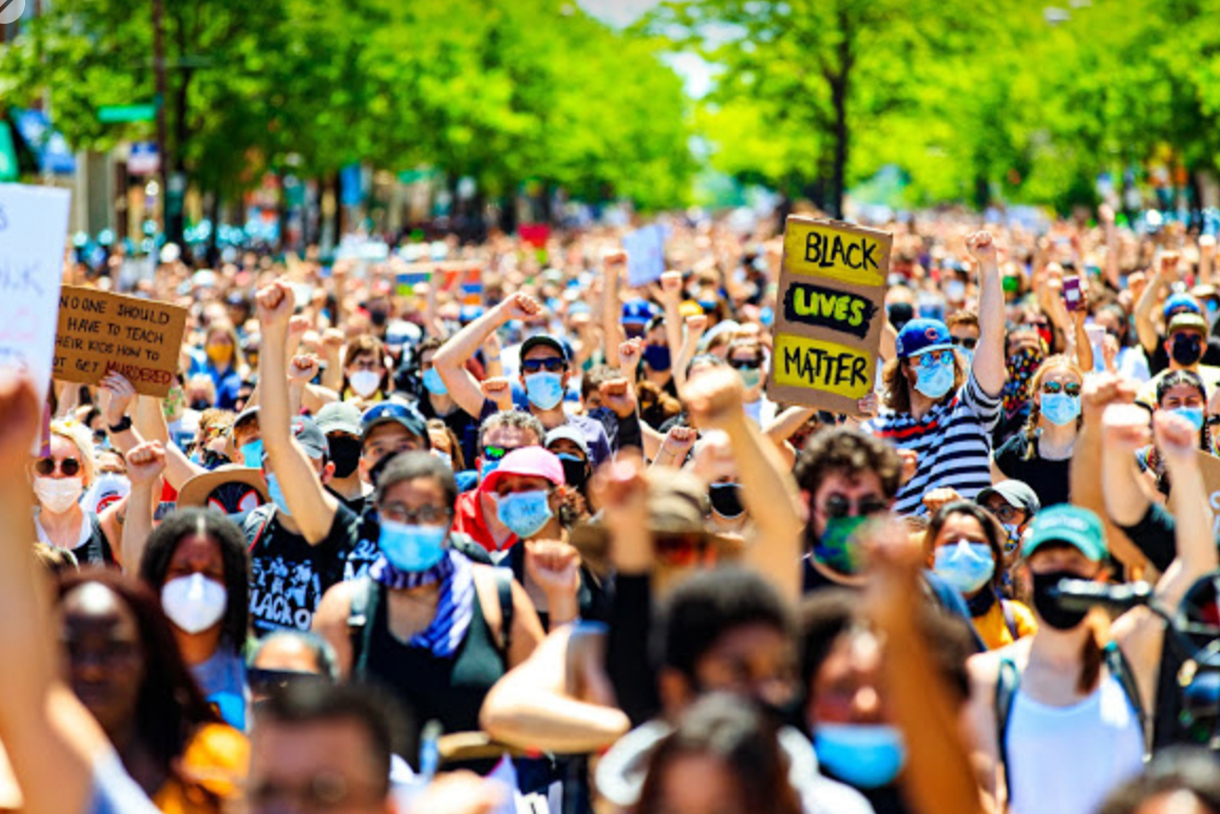 Vashon Jordan Jr., From "Chicago Protests: A Joyful Revolution," 2020. Courtesy of the artist. 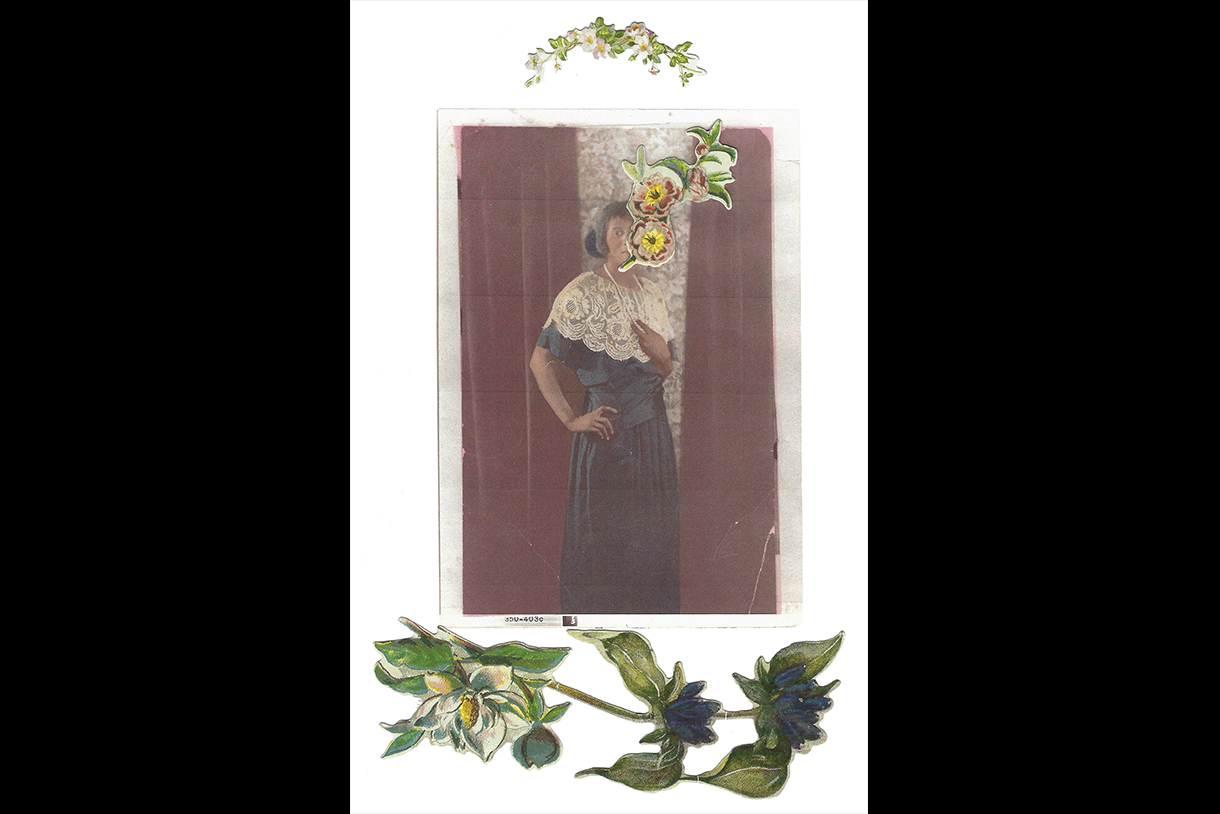 Krista Franklin, From "Under the Knife," 2018. Courtesy of the artist.
The Museum of Contemporary Photography and Columbia community members on the importance of visibility and the impact of photography on social justice

The fight for equal rights and opportunities has been present in society for centuries, if not longer. Although the plights of various groups have been recorded throughout history, more recent advances in technology have helped amplify the voices of underrepresented and oppressed groups.

Photography has been at the forefront of many major events since the 19th century through the publication of photos in local newspapers. However, with the advent of digital cameras and social media, it can be argued that photojournalism has become less formal in practice, but even more so efficient in both conveying societal issues and in swaying public perception.

“Most people are photographers now, carrying a very fancy smart phone camera in their pockets. This wide accessibility of cameras adds millions of images to our visual culture every day,” says Kristin Taylor, Curator of Academic Programs and Collections at the Museum of Contemporary Photography (MoCP), which is housed within Columbia College Chicago. “We’re not only able to take photographs more easily, we’re also able to share them instantly. We are not only seeing images by photographers who have access to gallery or publishing networks, but more often we are accessing images shared through social media and other virtual platforms. I believe this influx of imagery has helped people learn about social justice causes that perhaps were being overlooked before.

“As we’ve seen recently through images capturing police violence and the Black Lives Matter protests, photographs tell the stories of our time. Yet, we should always be aware of bias in images, remembering that photographs are not objective documents,” she continues. “Unless images are created in surveillance or automated in some way, there is always a person behind the camera, and the choices that person makes in creating that photograph shapes how we read that image.”

Vashon Jordan Jr., a senior majoring in Cinema and Television Arts at Columbia, attended 37 demonstrations around Chicago during the summer of 2020. Jordan captured over 17,000 photos of the protests occurring after the murder of George Floyd, covering both the chaos and the joy of those who came together to fight for social justice. Jordan notes the bias in protest coverage as he experienced it during his attendance. “I noticed that when there were moments where violence was expected, when there was looting, when there was negativity, when there was destruction, when there was fire, every news station in the city of Chicago, large and small, was there. But when I went into Englewood and I photographed the residents taking over an abandoned building and painting murals on a board and filling up the potholes and giving out resources and mutual aid, those cameras weren't there,” says Jordan.

“The problem is many people are looking at the protests and the movements as what's worthy of news coverage. What's worthy of attention. But what I wanted to do was show people that you are worthy of having your stories told and being documented in the history books. It is essential to showcase the consistent moments of Black joy because the narrative of Black people in this country has always been rooted in Black trauma. You rarely see Black joy,” says Jordan.

At age 21, Jordan, who developed a passion for photography in the second grade, has recently published a photography book covering the Chicago demonstrations of 2020. His book, “Chicago Protests: A Joyful Revolution” is in the Chicago History Museum as their first piece representing the 2020 protests. The book title came about after all 17,000 photos were taken. “One of the questions that I get often is, why did you decide to focus on the joy? I didn't make a conscious decision to focus on joy. Joy is what it was,” he says. “We have to show them that we had some moments of grace and we had some moments to come together. It’s important to show that energy because it can really be encouraging to others to want to go ahead and join these movements.” 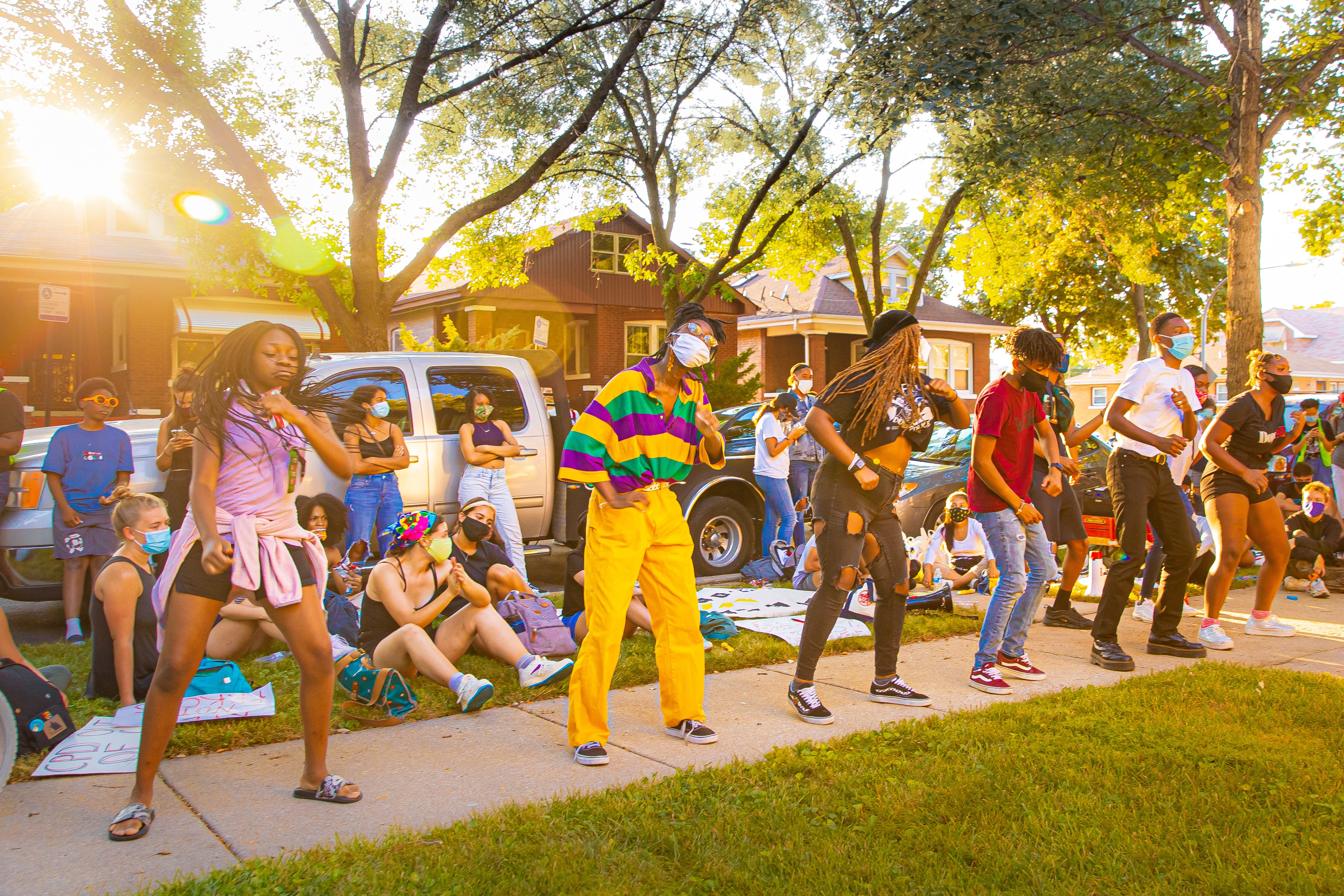 Vashon Jordan Jr., From "Chicago Protests: A Joyful Revolution," 2020. Courtesy of the artist.

Another Columbia College Chicago community member to delve into the importance of photography in social justice is alum, writer, artist, and photographer Krista Franklin MFA ’13. She is one of eight artists featured in the MoCP’s current exhibit “Reproductive: Health, Fertility, Agency,” which explores the psychological, physical, and emotional realities women encounter in the years leading up to, during, and after fertility.

During a panel discussion with the artists, Franklin talked about her work in “Under the Knife,” a hand-made memoir about her experience with uterine fibroids as well as the stories of her mother and sisters which includes poetry, photography, and collage. “I wanted it to be a record, a document, of that kind of mistreatment—systemic mistreatment, medical mistreatment,” says Franklin.

Although photography can raise awareness of the injustices faced by many, it can also serve as a form of confirmation—the knowledge that the discriminations taking place are real and not a figment of imagination.

Krista Franklin, "Self-Portrait in the Aftermath," 2020. Courtesy of the artist.

Franklin mentions the importance of photography and her work in terms of validation. “The audience for the book was not necessarily the fine art world. My goal was for it to be in the hands of the people. The women who wanted to have affirmation, confirmation that they weren’t crazy, that these things were actually happening to them.”

“The MoCP regularly exhibits or presents photography with a social justice connection,” says Taylor. “Reproductive justice is a social justice movement that far too few people know about. It argues that reproductive rights are human rights, and that women are not able to live as equal citizens until they have safe access to healthcare and family planning services. This exhibition aims to add visual presence and a deeper understanding of the precarious nature of female rights and freedoms in a time where the future of these rights is uncertain.”

Franklin’s photography and the exhibit “Reproductive: Health, Fertility, Agency” will be available at the MoCP through May 23.

The upcoming MoCP exhibit for the fall of 2021 focuses on gun violence and at looking at the larger systemic structures that enable this epidemic. “We hope students know the MoCP is a place for them to engage in critical discussions around the role of the image in our world today.” MoCP events are free and open to the public.