Kellee Terrell on Becoming a Filmmaker: The Joyful Upside of Taking the Hard Road 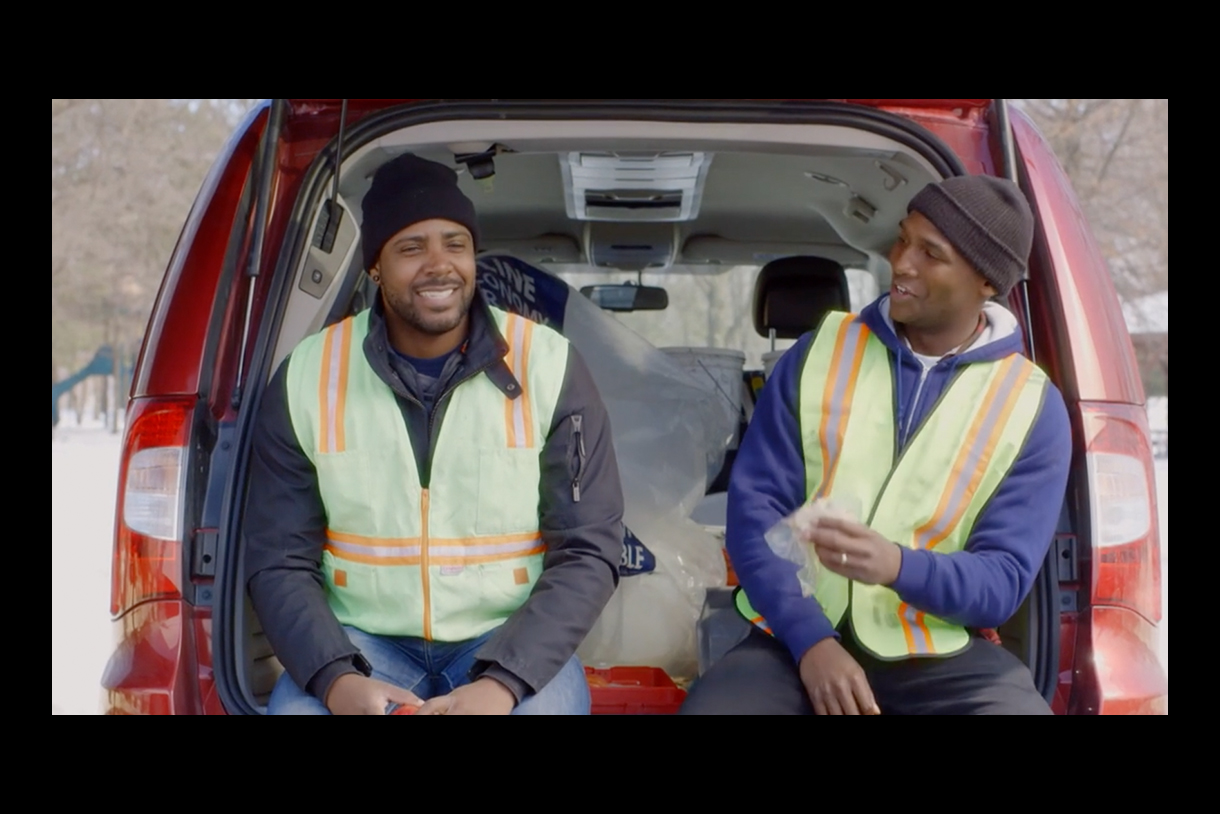 A still from Kellee Terrell's short, "Blame."
Filmmaker, screenwriter, and director Kellee Terrell would have been justified in walking away after witnessing the inside of an industry that, although improving, remains rife with white, male, cisgender homogeneity. But instead, she made a different choice. She made the choice to persevere. This is what happened next.

For Terrell, the key to success is choice. She will be the first to dispel seductive if untrue myths about graduate school being easy or the road to fulfillment being free from roadblocks. For a storyteller like her, however, what mattered was not that the path was clear or even that the path was there, but that she had the tools, drive, perseverance, and support to forge her own way ahead.

Even before attending Columbia College Chicago for her MFA in 2012, Terrell was no stranger to overcoming barriers to entry in competitive fields. A journalist by trade, the goal was to work at Glamour, or Vogue. As Terrell says, “[At first,] they were just like, ‘No.’ So I ended up getting an internship at POZ Magazine, a publication for people living with HIV.” Terrell found a niche, covering pop-culture and daily life of people facing a decades long challenge to survive and break the stigma of living with HIV. “I was like, ‘I’m the pop culture HIV girl,’” Terrell says, now a long way from those days with her work appearing in The New York Times, Harper’s Bazaar, Essence, Shondaland, HelloBeautiful, ELLE the A.V. Club and her long-sought-after Vogue.

The work was indeed fulfilling. She was telling stories that mattered. She was living in New York. She had a wonderful circle of friends. But still, something felt like it was missing. Terrell thought back to a pivotal moment in her life, back in 1999, when she had been preparing for law school after graduating from the University of Michigan. Back then, she saw a film that drove her in another direction, with fresh resolve. “I remember my friends and I went to see Boys Don’t Cry at the movie theatre. When it was over, I was just so touched that I said to my friends when we left, ‘I don’t think I’m going to go to law school. I think I’m meant to be creative. I think I’m meant to tell stories. I don’t know what that means, but I think that’s what I’m going to do.’”

Thinking about her past, about that moment, Terrell knew the next steps. She started doing research on film schools. She wanted to find a film school that would focus on storytelling, on educating the whole person, and one in which she could focus on herself and her schoolwork. Columbia College Chicago seemed to fit the bill. From here, she relocated from New York to Chicago, where she was originally from, and began her first year in the MFA program.

After she enrolled, she realized that the experience, like every experience, wasn’t going to be without its fair share of thorns. Some of those thorns came with navigating a field that had work to do regarding equitable representation of people of color, women, and anyone outside the heteronormative box. Some of it had to do with navigating being a part of a cohort that was largely younger than her, populated by people with drastically different life experiences than her. And some of it had to do with battling the systemic racism in the outside world and in the hallways and classrooms of Columbia.

Instead of dropping out, the consummate survivor dedicated to persistence, Terrell pushed forward. “Once you turn that noise off and you focus on the people who actually want to see you succeed and are here for you and want to help you, it really changes the game….focus on the art. Once I focused on the art and opened myself to actually let the people in that wanted to help, school just got so much better.”

Adding, “And I also got better as a filmmaker, thanks to professors such as Karla Fuller, Josef Steiff, Cari Callis, Wenhwa Ts'ao and others who really saw me and knew that despite my skillset being rough around the edges, there was potential there. With their support, I truly began to flourish.”

After leaving Columbia, Terrell focused on the work of being a writer and filmmaker, dedicating much of her time to bringing her first feature, Gemma, a multi-generational ghost story, which has won numerous script competitions, to the screen. “Being in the lab process was fantastic,” Terrell says. “What I’ve really learned from this script is that you really need a writer’s group and you really need people to read and give you feedback.”

When she is not working as a screenwriter and filmmaker, Terrell continues to tell stories about the screen and illuminate narratives that have made a difference to our cultural trajectory. Her piece on George C. Wolfe’s Lackawanna Blues for the A.V. Club is one such work moving the needle on discussions around Black history towards the joy of the Black experience. Likewise, her New York Times opinion piece this year on “How to Get Away with Murder,” investigates the depths of Viola Davis’ portrayal of Annalise Keating with an eye towards celebrating the joyful representations of Black women in complex, powerful, roles.

Terrell, speaking about the breadth of her work, her dedication to contributing to the world of storytelling in a full-spectrum way, and her commitment to other women coming up in the field, leaves us with a bit of advice: keep going. No matter your age, your gender, your color, your experience—persist. “I would just say that you have something to say, because you have a very unique and powerful perspective of the world…living a life and having experiences makes you a better storyteller.” She acknowledges that the path isn’t easy, that pivoting mid-career can be scary. But you have to try, if it’s your dream. “That’s how I felt about film school. I said, ‘If I don’t try this, I am going to be 60 one day and I’m going to look back and say, ‘Why didn’t I do that? What was I afraid of?’ And I said, ‘The worst thing? Failing is not the worst thing. It’s regret. It’s never having tried.’”