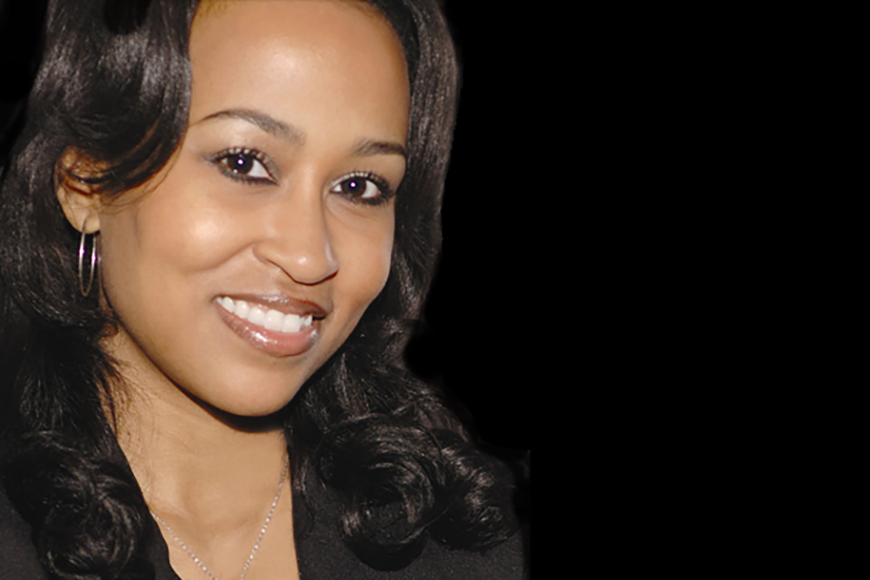 The road to leading publicity for ‘Black Panther 2: Wakanda Forever’

We sat down with Columbia alum Staci R. Collins Jackson, CEO of The Collins Jackson Agency Public Relations Firm, to talk a little bit about her meteoric rise in a competitive industry. Jackson, who was selected as a voting member of The Academy of Motion Picture Arts and Sciences in 2020, has led PR campaigns for Oscar-nominated films including Harriet and Mudbound and box office hits including Girls Trip and the Think Like a Man franchise. Prior to her role as a PR executive, Jackson was a Director of Communications at Harpo Studios and a publicist for Oprah Winfrey. She earned her Master of Arts Management in Arts, Entertainment, and Media Management from Columbia College Chicago in 2006. Most recently, she led the publicity for Ryan Coogler’s celebrated follow-up to Marvel’s Black Panther, Black Panther 2: Wakanda Forever.

1. What drove your interest in the entertainment industry?

My earliest memory is when I was 9 years old, a television special Motown 25 came on television. I was absolutely captivated by it. At the end of the show the name Suzzane de Passe was the first name that came on the screen. Seeing a woman’s name there definitely had an impact. I immediately began my 9-year-old kid research process to find out more about this woman who I knew had to have been the person to put this masterpiece that I saw together. Back then, Ebony and Jet magazines were the only “google” for us 9-year-olds to find out about Black people that were not in our schoolbooks. So, I found her picture and found out that she was an executive in the entertainment business and from there I knew I could be an entertainment executive too. When I was younger, when people would ask me what I wanted to do I would say “You know when people say ‘Have your people call my people? I want to be the people.’” I figured out before college that I wanted to be a PR executive. As a publicist/PR executive, I am now indeed “the people.” I make and take calls on behalf of producers, directors, films, and TV shows regarding press and publicity.

2. Why did you choose Columbia College Chicago for your master’s degree in Arts Management?

I was Vice President of Ebony and Jet magazines back when I graduated from Columbia with my master’s degree. I knew that I planned to run my own PR company one day and I wanted to have a degree in the arts business to complement my Bachelor of Science degree. Columbia was a perfect match for me because of its distinctive curriculum that blended the arts along with business management.

3. What is the most challenging part of working in publicity and how do you overcome it?

No two days are the same and the competition for people’s time and attention is far greater than that of another film or TV show. Finding unique strategic solutions to break through the noise in the entertainment space must be done every time for every project. Staying focused always leads me to success.

4. How do you hope Columbia grows as an institution in the near future?

With the interest in careers in the arts and the entertainment business continuing to grow, I believe Columbia’s enrollment will as well. About half of the Columbia students self-identify as people of color. As I watch more people of color and more women trickle into leadership positions in the entertainment industry, I hope to see more Columbia graduates in those positions as well.

5. We’re so excited to learn that you were instrumental in the publicity push for Black Panther 2: Wakanda Forever. Can you tell us a little bit about that experience?

Being the publicist for a highly anticipated Marvel film is no small task for sure. We started principal photography on the film in June 2021 and wrapped in March 2022 with an immoveable release date in November 2022. Not really a typical schedule for a $100+ million film to have the release date so close to wrap of principal photography. I was on set every day and there were many challenges due to COVID and a cast injury. But, led by the incomparable director Ryan Coogler, we got through it all, released on time to high critical praise, global fan joy, and 5 weeks as the number one movie at the box office.

Ryan gave us department heads jackets that read “Wakanda Forever…and ever…and ever and ever and ever…” as a nod to our crazy schedule that kept being extended. There is always a lot of hurry-up-and-wait on films, but this one most certainly taught me patience. On the publicity side, the art for all the promotional materials that the public sees—billboards, posters, marketing photos—and all of the behind-the-scenes footage and interviews with filmmakers and cast are typically captured during principal photography. With our film having so many starts and stops and cast schedule changes I was always concerned I wouldn’t be able to get all I needed done. I could plan a photo shoot with 12 actors for one date, [have] something come up, and then have to reschedule 50+ people’s schedules to get it done around the shooting schedule of the film and being in a COVID bubble.

My favorite moments while working on this film were certainly watching Ryan direct and producing the photo shoots for the images of the film that were in Times Square. Very cool for a girl born and raised on the South Side of Chicago.

Answers have been edited for length and clarity