Cultivating Creativity at Columbia: A Student Finds His Place 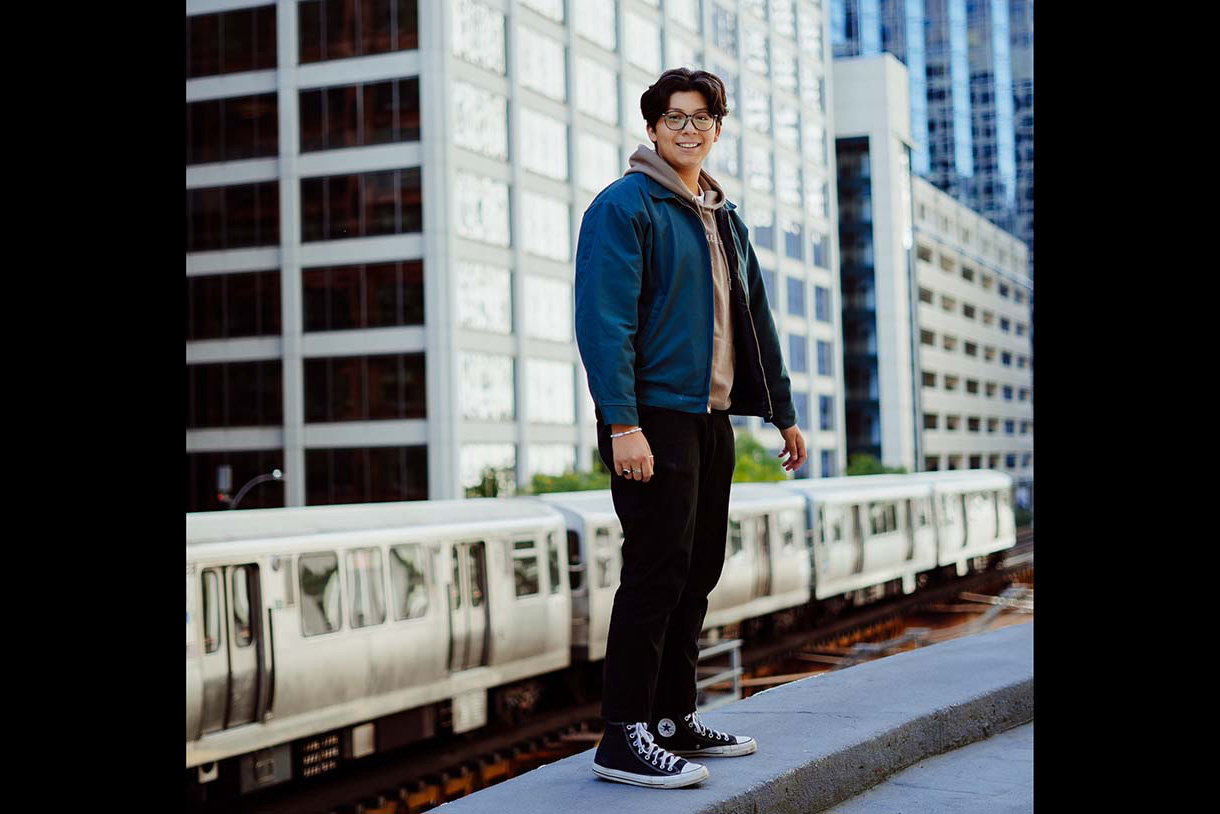 Senior Christian Navas has creative energy to burn. He expresses himself in a multitude of ways —graphic design, videography, drawing, photography — and he came to Columbia College Chicago ready for hands-on experiences and opportunities to apply his interests in multiple mediums.

“When I found Columbia, I realized that it was a place where I would cultivate my creativity and I could learn by doing,” says Navas.

A degree in advertising in the department of Communication, with a concentration in art direction and a minor in video production, has offered Navas the creative breadth and versatility he craves. “This is exactly what I was looking for … I can do photography, I can do film, I can do illustrating and graphic design — all the things that I have always enjoyed doing.”

Being at Columbia allowed him to jump right in and get to work by doing — creating ad campaigns, meeting with clients, designing digital and print products, producing videos. And as a bonus, Navas found his tribe at Columbia: student street artists like him who find joy in sharing their work and building community around their art.

Navas showed his creative side early in life, beginning as an avid doodler and evolving into a photographer, photoshop fanatic, and videographer in his tween years.  “I've always loved just being hands on and doing things very tactilely,” he says. “If I'm interested in something, I want to just go and do it.”

Navas designed his first logo even before he came to Columbia. And when he did arrive, he was excited to develop ad campaigns for imagined versions of real-life companies during his very first semester. And when he participated in competitions for the National Retail Federation Foundation, he advanced that skill set by collaborating with a team of students to develop, pitch, and prepare a campaign plan for an actual company.

When not in the classroom during his first two years of school, Navas managed social media for his church — a role he leveraged into another position at a larger church with even more responsibilities. He currently applies lessons learned at Columbia and promotes the church to existing and prospective members by designing and producing collateral, videos, and presentations. The experience has been incredibly positive for both Navas and the church. And while his first semester of senior year has yet to end, Navas has already secured a full-time, post-graduation job with the church as lead graphic designer.

During his time at Columbia, Navas has tapped into a community of fellow street artists, a group that creates characters and other kinds of imagery and then shares their work – and Instagram accounts – by way of stickers that can be found throughout campus and around Chicago.

“It was really amazing because immediately I just got accepted into this community and it's super creative and collaborative and encouraging,” he says. “People are very welcoming, and they want to encourage you to do amazing things.”

Often Columbia students, including Navas, exchange their art via a box located on campus, just outside the 623 S. Wabash building. “People will tag me on Instagram, saying they found this awesome character and now he's sitting on their journal, or they put him up on their wall or he's on their water bottle,” he says. “Sometimes I have no idea who they are, but now my art is reaching all of these people and it’s just through putting my stickers in a box outside.”

Navas appreciates finding a college that has enabled him to find like-minded creatives, do the things he loves, and help him grow.  He found his place at Columbia and hopes others can as well.
“I think Columbia is a place where a lot of people can become amazing creatives and can go out and find amazing jobs.”