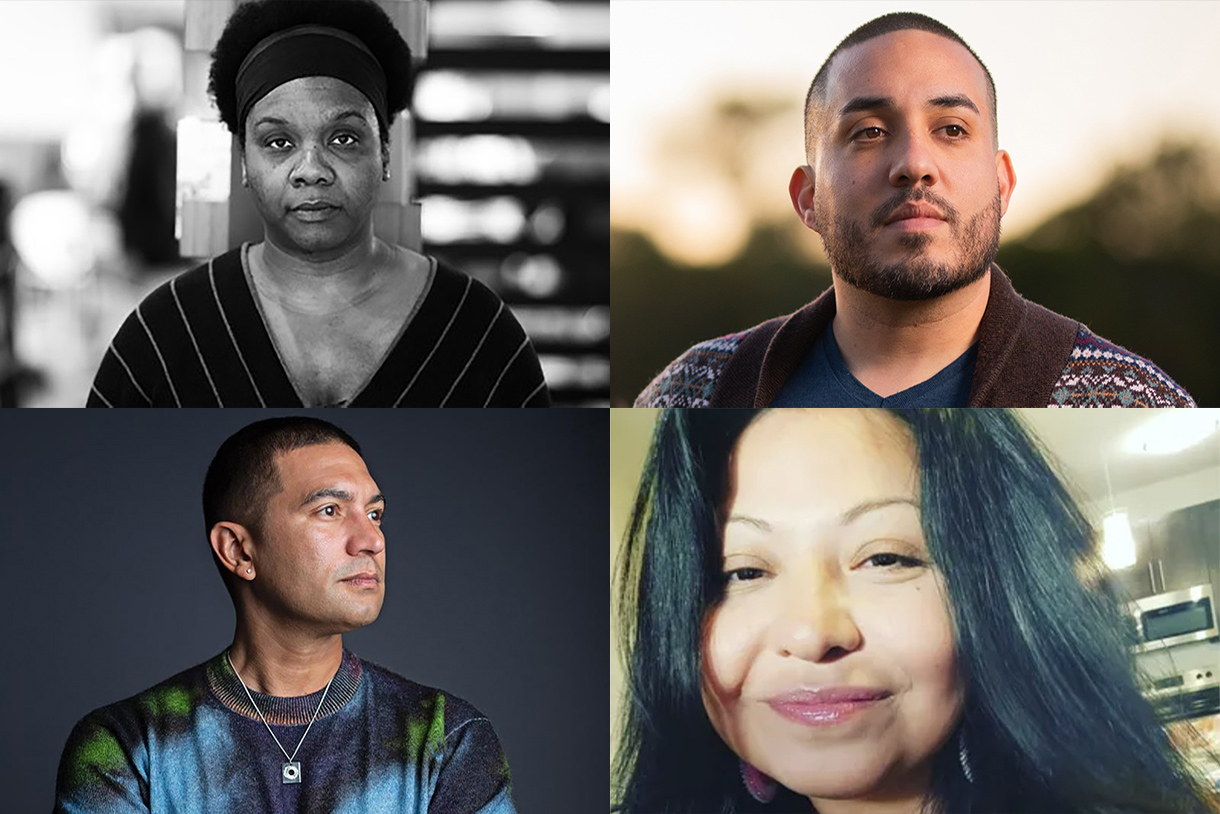 The Efroymson Creative Writing Reading Series is returning to Columbia College Chicago this Fall semester, as one of the city’s most dynamic and diverse events of its kind. Hosted by the college’s English and Creative Writing Department, the series attracts prestigious, award-winning fiction writers, poets, and nonfiction writers who perform, engage, and educate on a myriad of topics and traditions.

Each of the four installments in the series will be presented in-person and virtually, are free and open to the public. For more information about attending and past guests, visit Colum.edu/Efroymson.

This year the Efroymson Fund for Excellence in Creative Writing supports The Efroymson Reading Series, Allium and The Efroymson Editorial Assistantship, which provides a hands-on learning experience with Allium for graduate students. Visit the Efroymson Family Fund website to learn more about their initiatives.

Columbia’s unique connection to the vibrant cultural and educational district in the South Loop sets the stage for some of the most fascinating, inspiring, and influential conversations on the literary arts, according to CM Burroughs, Associate Professor of Poetry at Columbia. Previously, the Creative Writing Reading Series has welcomed more than 50 guest speakers since its inception and features the work of students, alumni, and faculty.

The series begins on Thursday, October 13, with writer and poet Adrian Matejka, author of The Devil’s Garden (Alice James Books, 2003) and Mixology (Penguin, 2009). His most recent collection of poems, Somebody Else Sold the World (Penguin, 2021), was a finalist for the 2022 Rilke Prize. Matejka served as Poet Laureate of the state of Indiana in 2018-19 and is Editor of Poetry magazine, and his first graphic novel Last On His Feet will be published in 2023.

On December 1, the series continues with Vievee Francis. Born in West Texas, Francis earned an MFA from the University of Michigan in 2009. She serves as an associate editor of Callaloo and an associate professor of English and Creative Writing at Dartmouth College. Her work has appeared in numerous print and online journals, textbooks, and anthologies, including Poetry, Best American Poetry 2010, 2014, 2017, 2019, and Angles of Ascent: A Norton Anthology of Contemporary African American Poetry. She is the recipient of the 2021 Aiken Taylor Award for Modern American Poetry, and her forthcoming book from Northwestern University Press, The Shared World, will be available in April 2023.

Poet, writer, and performer Huascar Medina of Topeka, Kansas, will be reading his work on February 16. He is the state’s first Latino and first non-academic Poet Laureate, and is a member of the National Council on the Arts. He currently works as a freelance copywriter and as the Literary Editor for seveneightfive magazine publishing stories that spotlight literary and artistic events in northeast Kansas. His poems can be found in his collection How to Hang the Moon published by Spartan Press and his new collection of poems, Un Mango Grows in Kansas, explores the boundaries between identity and location as a second-generation immigrant living in the United States.

The final event of this year’s series will feature New York Times bestselling author, Terese Mailhot, on April 20. Her work has appeared in Guernica, The Guardian, Mother Jones, Medium, Al Jazeera, the Los Angeles Times, and "Best American Essays." Mailhot is from the Seabird Island Band and teaches creative writing at Purdue University. Her book Heart Berries was listed as an NPR Best Book of the Year, a Library Journal Best Book of the Year, a New York Public Library Best Book of the Year, a Chicago Public Library Best Book of the Year, and was one of Harper's Bazaar's Best Books of 2018. It was also a finalist for the Governor General's Literary Award for English-Language Nonfiction and was selected by Emma Watson as the Our Shared Shelf Book Club Pick for March/April 2018, as well as the January 2020 pick for Now Read This, a book club from PBS Newshour and The New York Times. She is the recipient of a 2019 Whiting Award and the Spalding Prize for the Promotion of Peace and Justice in Literature.

This year the Efroymson Fund for Excellence in Creative Writing supports The Efroymson Reading Series, Allium and The Efroymson Editorial Assistantship, which provides a hands-on learning experience with Allium for graduate students. Visit the Efroymson Family Fund website to learn more about their initiatives.