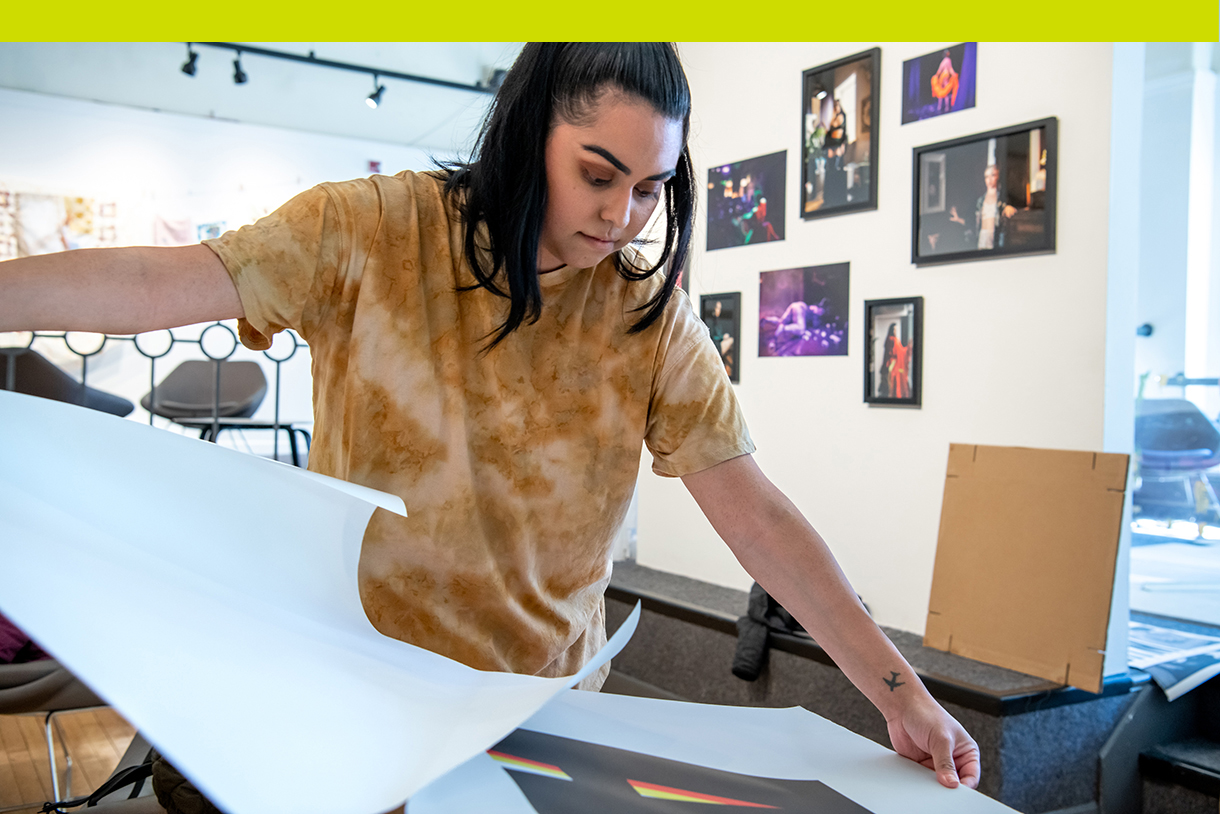 Iridian Fierro is an Arts Management graduate student on two activation teams for the 2022 Scholarship Fundraiser.

One academic journey at Columbia College Chicago only scratched the surface of opportunity for Iridian Fierro, who will graduate with her master’s in Arts Management, her second degree conferred by Columbia, in May of 2023. As an undergraduate, Fierro came to Columbia to study Radio. She was successful, and currently works as a radio producer, but now harbors dreams that are even more expansive. “I want to be a leader in companies, and be a part of the creation process,” Fierro says. “I hope to be able to travel and create music festivals, comic cons, or sporting events. “

She knew that to achieve these dreams she needed a graduate program that thought as big as she did. “My undergrad experience was great, and I knew if I wanted to continue to develop my skills beyond my current field, then Columbia was the place to achieve those goals,” Fierro says. While Fierro knew that Columbia was the place for her, she also had to reconcile financial realities with her passion for the arts; that’s where scholarships came in. “It’s because I was given a scholarship that I’m able to be at Columbia,” she says.

Now Fierro, along with her Events Management classmates, is a student producer of the 2022 Scholarship Fundraiser, an event directed and produced by students and led by trustees of Columbia to provide persistence scholarships for students in need. The event, titled “Unleashed 2022,” is co-chaired by John M. Holmes, Jenni Sorenson, Constance Williams, and Hugh Williams and will be held in Columbia College Chicago’s student center on Thursday, December 1, 2022.

Fierro is part of two student activation teams who will be showcasing their work for event attendees: Columbia College’s student record label activation team, named Label of Opportunity, and the creative writing activation team, titled Exquisite Corpse. Both activation teams aim to give attendees an idea of the creative and business opportunities students can take advantage of at Columbia. “The Label of Opportunity showcases AEMMP Records and the artist they represent on their label,” Fierro says. “We’ve chosen to recreate a record label for it and showcase the artists there as well as featuring their work at SXSW. The Exquisite Corpse features creative writing students who with the help of guests, will create a story in real time.”

Fierro and her fellow students hope that by getting trustees, donors, and other attendees actively engaged in the creative process, they will understand that they are in integral part of the creative process and that their support is key to facilitating a new generation of creative leaders. “It means so much to be able to create an event that will not only showcase the art we are allowed to create at Columbia but also help continue to fund the education of the minds who make it.”