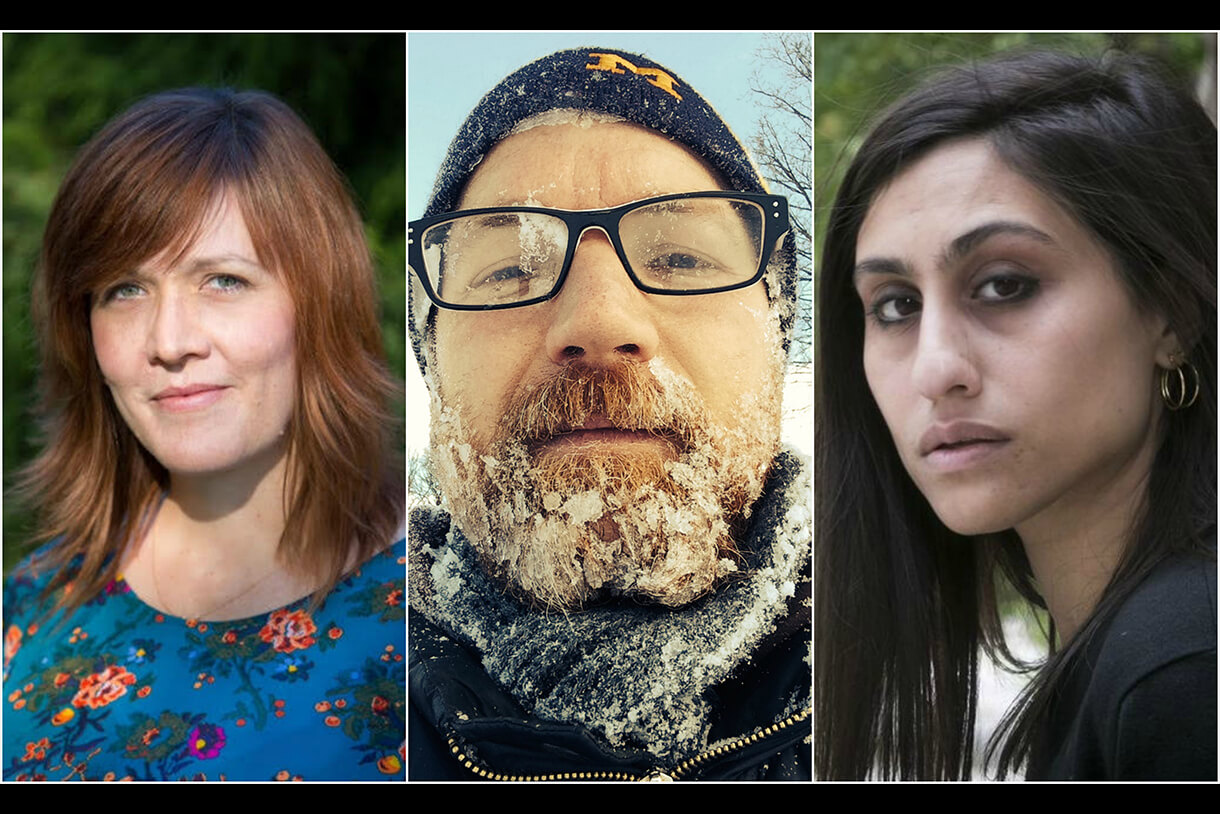 CHICAGO (August 29, 2018) – Columbia College Chicago today announced its Fall 2018 Reading Series lineup, presented by the college’s English and Creative Writing Department, and includes award-winning writers working across genres and forms. The series kicks off Sept. 19 and is free and open to the public.

“The writers that make up Columbia’s Fall Reading Series are known for their work in redefining and challenging literary and cultural boundaries,” said Creative Writing Professor Joe Meno. “This year’s series will continue the department’s tradition of presenting writers who will engage students and the public in posing big questions, critiquing contemporary culture in our divisive political climate.”

Lindsay Hunter’s latest novel, Eat Only When You’re Hungry, was a finalist for the 2017 Chicago Review of Books Fiction Award and a 2017 NPR Great Read. She is also the author of the novel Ugly Girls and the short story collections Daddy’s and Don’t Kiss Me, named one of Amazon’s 10 Best Books of the Year: Short Stories. The Huffington Post has said her work “hits a note that’s been missing from the chorus of existing feminist literature.” She lives in Chicago.

Matthew Rohrer is the author of nine books of poems, most recently The Others, which won the 2018 Believer Book Award. A Green Light was shortlisted for the Griffin International Poetry Prize and his first book, A Hummock In The Malookas, was a winner in the 1994 National Poetry Series and selected by Publishers Weekly as a Best Book of the Year. He lives in Brooklyn and teaches writing at NYU.

Benjamin Balint is the author of Running Commentary and Kafka's Last Trial. He has taught literature at the Bard College in Jerusalem and his translations from Hebrew have appeared in The Atlantic and The New Yorker. He is a fellow at the Van Leer Institute in Jerusalem.

Sue Sinclair has published five collections of poetry, all of which have won or have been nominated for national or regional awards. Her most recent book is Heaven's Thieves, winner of the 2017 Pat Lowther Award. She lives in Fredericton, New Brunswick, where she teaches creative writing at the University of New Brunswick.

Mort Castle has been a writer since 1967, with hundreds of stories, articles, poems, comics, and books published in a dozen languages. Castle has won three Bram Stoker Awards, two Black Quill awards, the Golden Bot (Wired Magazine), and has been nominated for the Audie Award, the Shirley Jackson Award, the International Horror Guild Award and the Pushcart Prize. With Columbia’s Creative Writing Associate Professor Sam Weller, Castle edited both the prose anthology and the graphic novel compilation Shadow Show: Stories in Celebration of Ray Bradbury. Castle is a Creative Writing faculty member at Columbia College Chicago.

Daniel Kraus, a New York Times bestselling author, co-authored the novelization of The Shape of Water with Guillermo del Toro, based on the Oscar-winning film. Also with del Toro, Kraus co-authored Trollhunters, which was adapted into the Emmy-winning Netflix series. Kraus’s The Death and Life of Zebulon Finch was named one of Entertainment Weekly’s Top 10 Books of the Year. He has won two Odyssey Awards, a Library Guild selection, the YALSA Best Fiction for Young Adults, and was named a Bram Stoker finalist. He lives in Chicago.

Ingrid Rojas Contreras is the author of Fruit of the Drunken Tree, a novel. Her essays and short stories have appeared in The Los Angeles Review of Books, Electric Literature, Guernica, and The Huffington Post. She was born and raised in Bogotá, Colombia and teaches writing to immigrant high school students as part of a San Francisco Arts Commission initiative.

Durga Chew-Bose is the author of the highly-acclaimed essay collection Too Much and Not the Mood, and has written for Buzzfeed, The Guardian, The Hairpin, Rolling Stone, GQ, The New Inquiry, n+1, Interview, Paper, Hazlitt, and This Recording. She co-founded the website Writers of Color and currently lives in Brooklyn, New York.