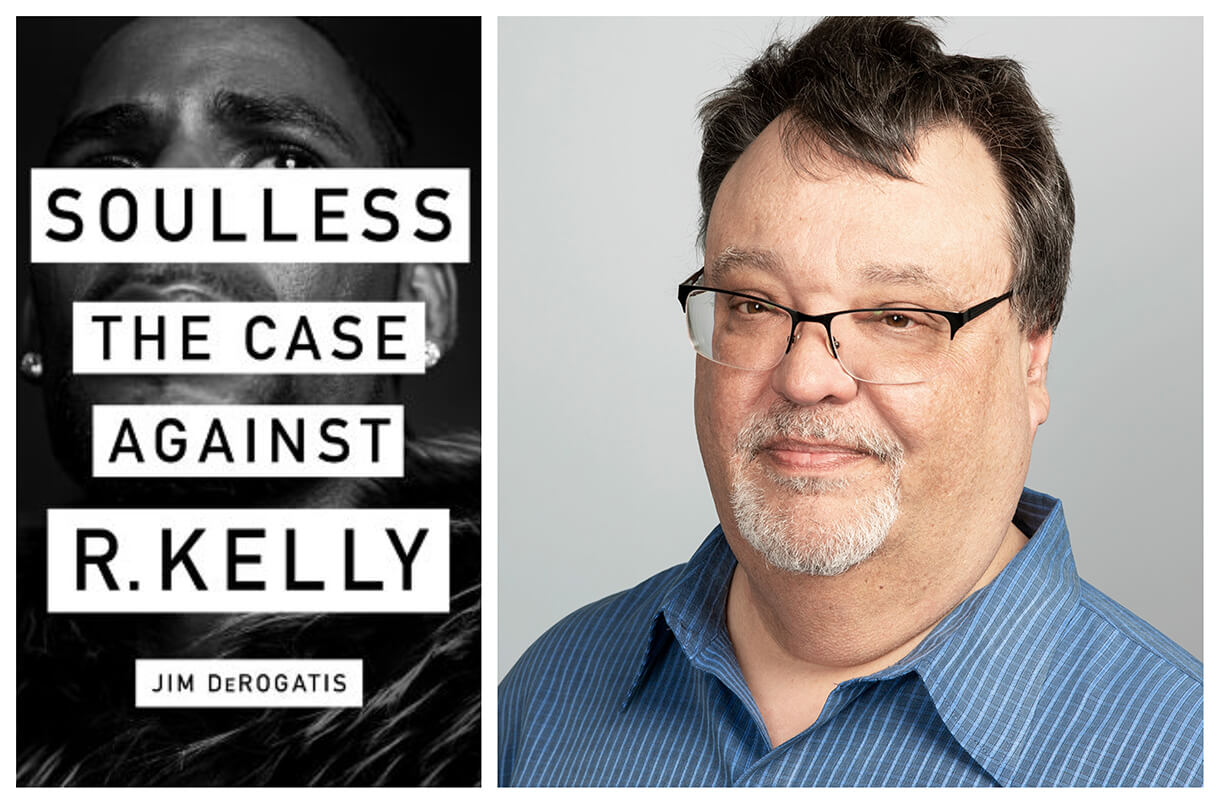 Jim DeRogatis’s “Soulless: The Case Against R. Kelly,” the result of nearly two decades of reporting on abuse allegations against musician R. Kelly, is out June 4.

“There really isn’t anyone more qualified to write about the saga of R. Kelly than Jim DeRogatis. Jim has done the work. He’s built the relationships. He’s cared about the outcome for almost two decades.” —Tarana Burke, founder of the #MeToo movement

In November 2000, after receiving an anonymous fax alleging that singer R. Kelly had a “problem with young girls,” investigative journalist and Columbia College Chicago English and Creative Writing Associate Professor of Instruction Jim DeRogatis broke the story wide open, publishing the shocking allegations that the R&B superstar had groomed girls, sexually abused them, and paid them off. DeRogatis thought his investigative journalism would have an impact; instead Kelly’s career flourished.

Now, close to twenty years later, the full story will finally be told. Soulless: The Case Against R. Kelly, the new book by DeRogatis, is a darkly riveting account of the life and actions of R. Kelly, and their horrible impact on dozens of girls. A work of tenacious journalism and powerful cultural criticism, the book tells the story of Kelly’s career and DeRogatis’s investigations, including in-depth interviews with a number of key figures who have never spoken publicly before, and brings the story up to the moment when things finally seem to have changed.

This past January, the docuseries Surviving R. Kelly reignited the public interest in Kelly. Later that month, RCA Records dropped him from their label. In February, he was indicted in Chicago on ten counts of aggravated criminal sexual abuse. However, before the recent outcry from the docuseries, no one seemed to care: not the music industry, not the culture at large, not the parents of numerous other young girls.

But DeRogatis stayed on the story. He was the one who was given the disturbing videotape that led to Kelly’s 2008 child pornography trial, the one whose window was shot out, and the one women trusted to tell their stories—of a meeting with the superstar in a classroom, a mall, a concert, or a McDonald’s that forever warped the course of their lives.

Soulless is the only book to tell this complete story, as well as the story behind the story, by the only person able to tell it.

Jim DeRogatis is an Associate Professor of Instruction at Columbia College Chicago, where he teaches the courses Reviewing the Arts, Cultural Criticism and the Arts, Journalism as Literature, and Music and Media in Chicago. DeRogatis spent fifteen years as the pop music critic at the Chicago Sun-Times. He and Greg Kot host the nationally syndicated public radio show Sound Opinioons. He has recently been featured in CBS This Morning, The New York Times, The Chicago Tribune, The Daily Beast, The New York Post, and Variety. He lives in Chicago.

Excerpts of Soulless: The Case Against R. Kelly have recently run in The New Yorker, Billboard, and Vibe.

In this two-part Columbia interview, DeRogatis details his decades-long journey uncovering the story behing R. Kelly and his alleged victims.