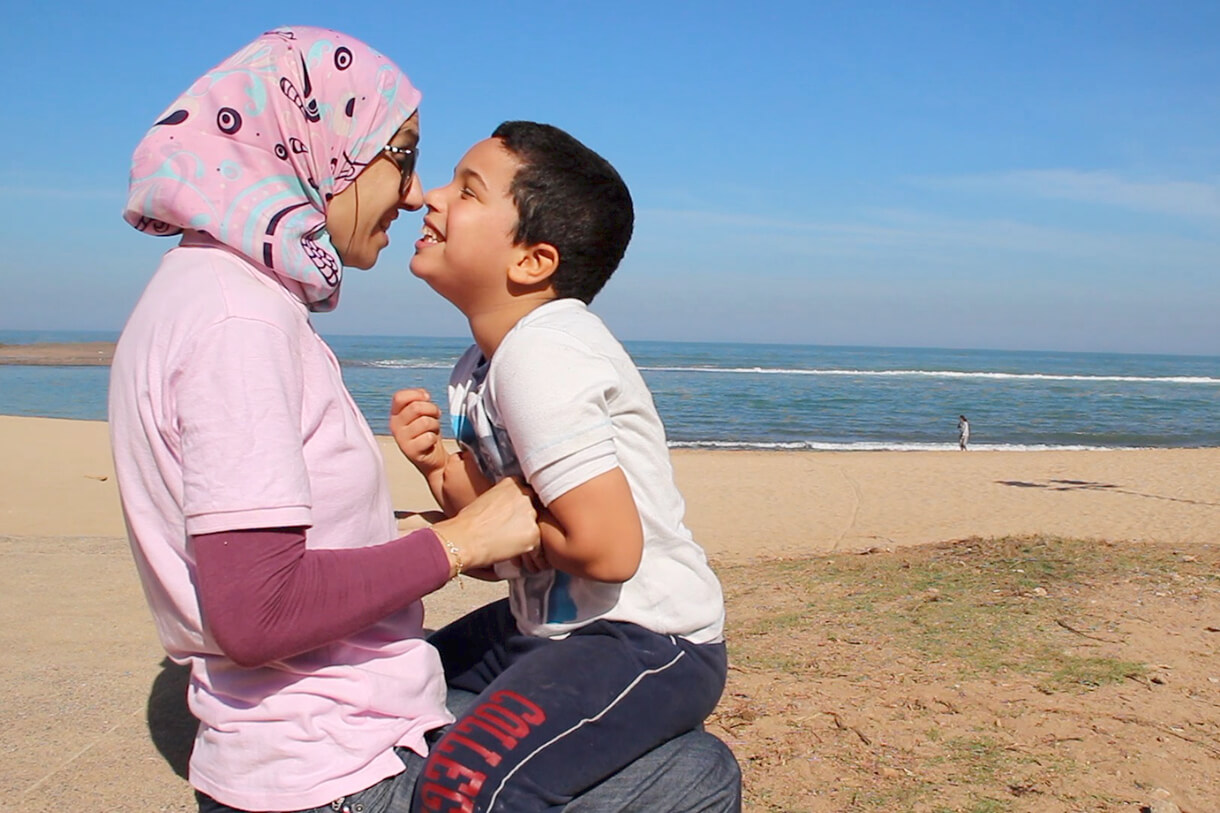 Image courtesy of Jackie Spinner.
Jackie Spinner’s "Don’t Forget Me" showcases the challenges faced by Moroccan parents in a discriminatory system preventing their children from being educated.

CHICAGO—March 6, 2019. Columbia College Chicago Associate Professor and journalist Jackie Spinner follows the lives of three families with children on the autism spectrum, taking the viewer inside their home life and the struggles their families face in an educational system that does not support children with neurological disabilities.

Don’t Forget Me will premiere Saturday, March 9 from 4-6 p.m., in Film Row Cinema on the 8th floor of 1104 S. Wabash Ave. There is a $5 entry fee for the public. Those who would like to attend must RSVP. Registration for this event can be found here. The film will be presented in a lower audio-decibel and a sensory break-room will be available to accommodate autistic individuals.

Communication Associate Professor Curtis Lawrence will moderate a discussion following the film with Spinner; Zoubida Pasha, a Chicago disability advocate from Morocco whose daughter is autistic; and Camille Proctor, the executive director of The Color of Autism Foundation.

The documentary short is inspired by Spinner’s own personal parenting journey, having adopted two boys from an orphanage in Meknes, Morocco, who were later diagnosed with autism in the United States where they live.

In 2017, Spinner returned to Morocco with her sons for the first time since their birth with a mission to capture what life would have been like for them if they stayed.

“Even though I have daily worries and they have struggles, they have a real childhood,” said Spinner of her sons. “They go to school with their peers and no one can deny that because of their autism.”

A former Baghdad bureau chief for ​The Washington Post​, Spinner takes a journalistic approach to the documentary, spotlighting the lack of laws, advocacy, and resources for autistic children and their families in the public education system in Morocco.

“It’s sad to see how hard the parents of the Moroccan boys in the film work to find opportunities that I take for granted, including the right my sons have in America to go to school,” Spinner said. “Like the boys in the film, my children want to go to school and they need to be there if they are going to have a chance to be productive adults.”

According to Spinner, the myths and mis-information about autism persist, even among leading autism advocates in Morocco. Houda Zakri, who counsels families of children with special needs, said Morocco does not have the institutional, economic, or government support necessary to help children with autism.

“Families are left alone to struggle to help their children integrate a careless society and to live with fear from the future,” said Zakri, who lives in Rabat, Morocco.

The mother of 11-year-old Mohamed who is featured in the film said, “The work we do at home is everything.” The film is a raw, honest look at the struggle parents face in educating a child who doesn’t have the right to go to school.

Souad Chelhani, whose twin boys are featured in the film, said she wanted to give her children a voice. “For me, it is a rule and a principle that we must speak about our children,” Chelhani said. “We are their voices. We must show our children that it is wrong for society to be cruel and refuse to include them. They have a human right to exist, to live without prejudice. They have the right to go to school.”

Don’t Forget Me is directed by Rajae Bouardi and was produced almost entirely by young Moroccans under the age of 25, including an orphan, through the Pulitzer Center on Crisis Reporting and Columbia, which also provided financing for the film. Moroccan filmmaker and Columbia alum, Hakim Belabbes '92 and Chicago director Michael Rabiger were advisors.

More than a dozen Columbia alumni, faculty, and students are credited in the film for their work on post-production including editing, audio mixing and engineering, animation, and advising.

One in 59 U.S. children is estimated to have autism, according to the Centers for Disease Control. There does not appear to be comparable data for Morocco.

While the severity of autism varies, there is much documented research demonstrating how therapy and early intervention can greatly improve the lives of autistic individuals. Autistic children can grow up to attend college, get married, raise families, and become successful professionals. In fact, Spinner hired a film studio in Los Angeles, Calif., that employs autistic professionals to create some of the credits for the documentary.

The full documentary can be viewed online, upon request.