Alumni updates at a glance 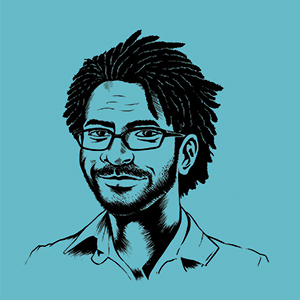 In January 2016, on the heels of the national video release of the 2014 police fatal shooting of Laquan McDonald, the CPDP earned a $400,000 grant from the John S. and James L. Knight Foundation for news innovation. The project’s online toolkit offers interactive maps that show citywide complaints against police officers, putting knowledge within reach of citizens.

“It’s much easier to spread the word on news reports,” says Holliday, who credits Columbia professor Barb Iverson with showing him how to apply digital tools to solid reporting. “We’re in contact with people all over the world through social media, and we’ve gained some valuable insights on the CPDP through those conversations.”

From backstage theater productions to proprietor of Petoskey Cheese in Michigan, Katie Potts ’15 says running a business isn’t terribly different from putting on a show—skills she picked up studying Live and Performing Arts Management at Columbia. But today, the cheese must go on.

Potts developed an expert understanding of different cheese families, along with their taste comparisons and histories. A cheesemonger is a fun and quirky job, she says, with plenty of opportunities for education.

Two big misconceptions about cheese? It’s fattening and not for the lactose intolerant. “Total myths,” Potts says. “Cheese is extremely high in protein and probiotics, so it can help aid in digestion and help you lose weight. And aged cheese and sheep and goat’s milk cheeses have little to no lactose in them.”

If you’re putting together a cheese plate for your next party, Potts suggests the following pairings...

Three alumni have made every day #ThrowbackThursday with 2016’s trendiest nostalgic productions. These alumni captured the hearts of obsessive ’80s and ’90s fans with three unforgettable experiences.

Friends: The One Where They Sing! (An Unauthorized Musical Parody) 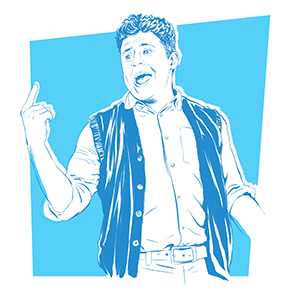 Oliver Austin Berger ’14 produced and portrayed the role of Chandler in the sold-out, two-month Chicago run of Friends: The One Where They Sing! (An Unauthorized Musical Parody) written and directed by Eli Golden. A musical parody of the first season of the beloved sitcom Friends, the 90-minute show at the MCL Chicago included an original score, homages to classic Broadway hits, a BYOB drinking game and improvisation.

“People were scared to do a show like this. No one had ever done a Friends parody musical before.”

Favorite episode from the original: Season 1, Episode 7: “The One with the Blackout”
“It shows Chandler at his core. It’s this uncomfortable guy who, even when he’s set-up for success, somehow manages to mess it up; and to do so, he covers it with humor.” 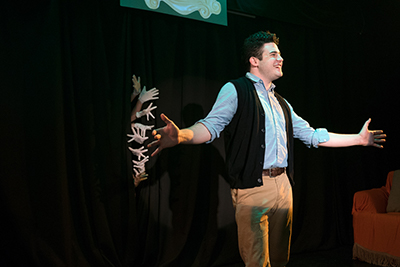 Friends: The One Where They Sing!

Saved By The Max 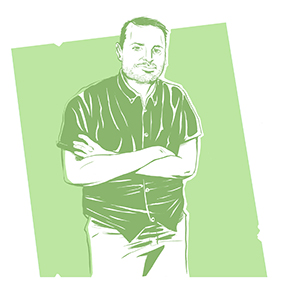 Club promoter Zack Eastman ’08 collaborated with two friends to bring the Bayside High spirit to life in Wicker Park. The team created the ultimate dining experience by replicating the afterschool hotspot in ’90s TV show Saved by the Bell, The Max. Initially announced as two-week pop-up in June, the diner is open through May 2017 in Chicago, and planning a pop-up tour. Fans can indulge in a nostalgic menu of comfort foods including AC Sliders, Mac and Screech, and Lisa Turtle Milkshakes.

“For me, Saved by the Bell was one of the first sitcoms where I was watching what teenage life was all about.”

Favorite moments from the original: “As a kid, I had a huge crush on Lisa and also Stacy Carosi…I also liked the Malibu Sands series of episodes they had, where they all worked on a resort.” 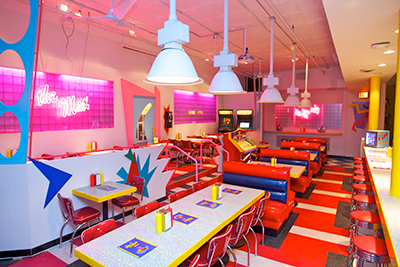 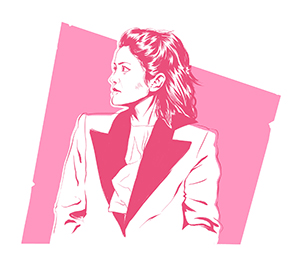 Courtney Mack ’15 starred as Veronica Sawyer in the Chicago production of Heathers: The Musical based on the 1988 cult classic film. Veronica Sawyer—a brooding teen queen trying to balance being kind and being cool—was played by Winona Ryder in the film, and Mack credits her critically acclaimed performance to connecting with Veronica on a personal level. Mack and Kokandy Productions received a 2016 Non-Equity Joseph Jefferson Award for her performance.

“There were a lot of people who told me that this is the closest version of me that I would ever play on stage.”

Favorite line from the original: “Well, f*** me gently with a chainsaw. Do I look like Mother Teresa?”—Heather Chandler 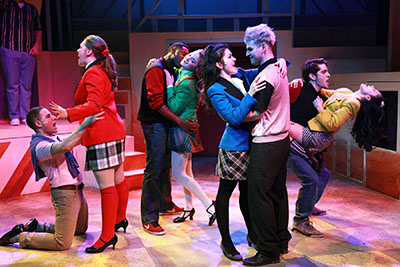