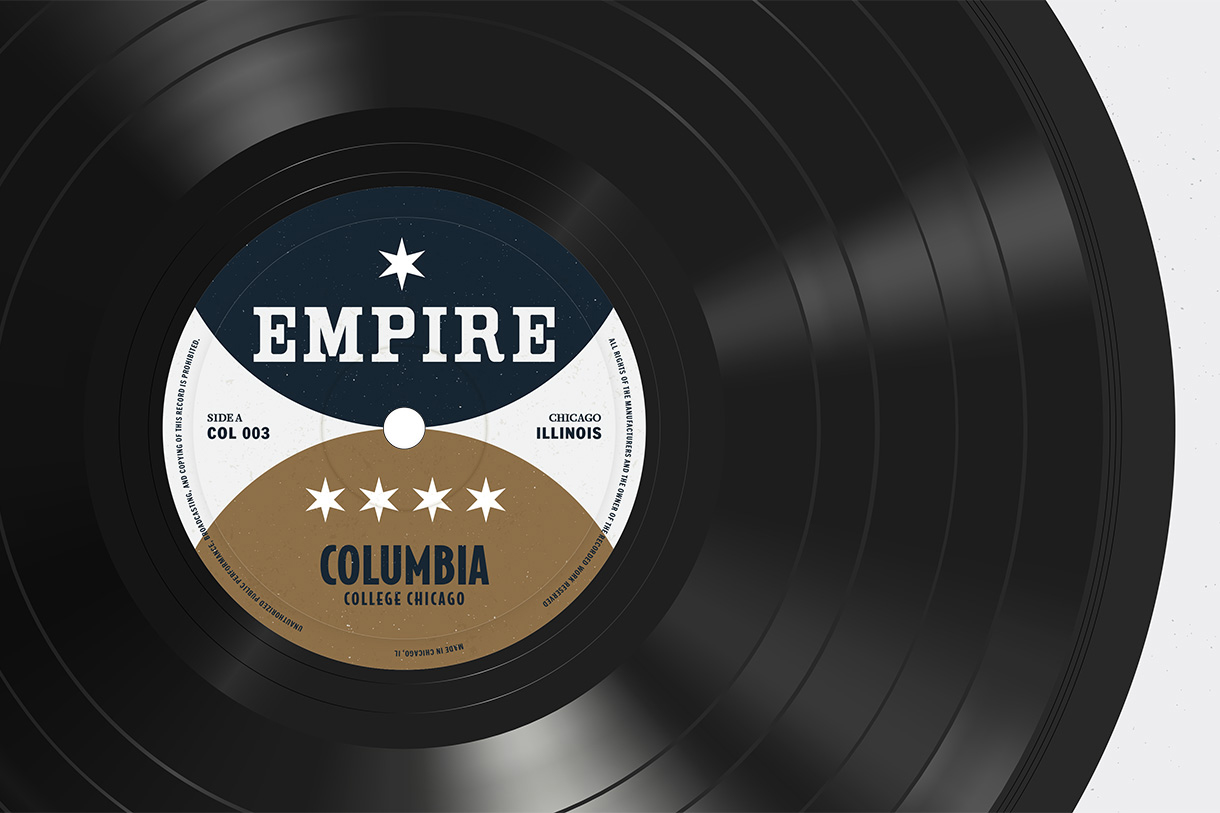 In Fox’s hit show Empire, hip-hop mogul Lucious Lyon (Terrence Howard) must choose which of his three sons will inherit his multimillion dollar entertainment company. On top of that, his ex-wife Cookie (Taraji P. Henson, who earned a Golden Globe for her role) is fresh from prison to demand her half of Empire Entertainment. Combining gritty storytelling with the backdrop of the hip-hop music business, the primetime show has soared beyond critical and rating success to a near-iconic status. But for all its popularity, part of the magic in the groundbreaking drama may come with the challenge of making Chicago look like New York City. Set in the Big Apple, but filmed in the Second City, Empire has shut down traffic and shot scenes all over downtown, as well as the south and west sides. Through three seasons now, it’s also employed plenty of people throughout the city, including several Columbia College Chicago alumni. 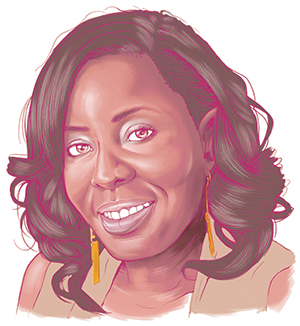 Ayanna Floyd MFA ’98 served as co-executive producer on the show’s second season. In that role, she helped develop ideas among the writers, wrote two episodes and traveled from Los Angeles to Chicago film sets to be on-site with the crew from sunup to sunset—available to address any challenges with the script.

“Television is very much a writer’s medium,” Floyd says. “I wasn’t just interpreting words, but also in meetings from preproduction to location. Writers are a big part of the process, not like the movies where they can be disassociated from the production.”

The Toledo, Ohio, native came to Chicago with one-time aspirations of becoming “the black female Spike Lee” and found her writer’s voice at Columbia. “Actually, I learned what I didn’t want to do,” she says. “I didn’t like setting up cameras or lighting, and I hated the word F-stop.”

At Columbia, she quickly began shooting in Grant Park, getting into the editing cage and figuring out what kinds of jobs she liked. “You immediately had your hands on films and were telling stories,” she says. “I discovered I liked writing.”

An LA move, a Disney fellowship and a breakthrough writing job on the medical drama Gideon’s Crossing helped spur Floyd’s career in television. The chance to work with a predominantly African-American writing team on Empire, however, became an entirely new experience.

“In broadcast television, I’m often one of the only black people in the room,” Floyd says. “I had never worked anywhere where we were the majority [until Empire]. So the writing group felt very much like family.”

Floyd describes the writers’ room as a lively place where people pitch ideas and argue about what works. The showrunner has the last say, she says, but the writers are the first step in the process of making a television show come to life.

Even though Empire is a young television series, it continues to climb in viewership, critical acclaim and award nominations. The show’s largely African-American cast, including cameos and guest appearances from notable actors and hip-hop artists, may have helped foster its success. “We’ve never seen these characters on television,” Floyd says. “They’re just raw and don’t feel like TV archetypes. Overall, it just feels very fresh.” 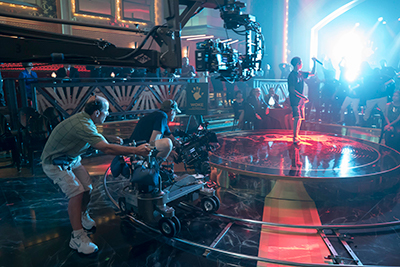 Fox's hit show Empire films many of its scenes in Chicago. 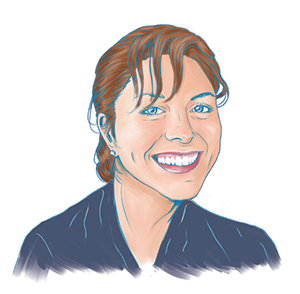 There are challenges when disguising Chicago as New York City for a television series—though nothing too daunting for CeCe Destefano ’94, the production designer who won an Emmy for her work on the pilot episode of Alias in 2001. As production designer, Destefano led the entire visual department in designing the first season of Empire, from costume to set design. While avoiding areas that showcase Chicago’s unique architecture, Destefano and her crew found areas that captured the density of New York and built appropriate sets.

For the first season of Empire, Destefano worked closely with show creators Lee Daniels and Danny Strong to build an overarching look for the series. She then worked with writers and producing directors on each episode to ensure that the end product matched the vision.

“I had a great time designing the show. I felt like we pushed the envelope in helping create something different.”

Destefano says they shot in brownstones on Martin Luther King Jr. Drive that already had the look and feel of New York’s Harlem neighborhood. They also set up a concert at the Double Door in Wicker Park and hopped across Damen Avenue to the Blue Line Lounge, where they installed breakaway windows for a drive-by shooting scene.

“New York has so many looks,” Destefano says. “We looked for architecture that would work for the neighborhood they’re in.” And sometimes the timing was just right. “For episode two, we shot a portion of Lucious’ flashback music video on West Quincy Street because it worked for us visually,” Destefano says. “But it was also a street we could close to traffic in downtown after rush hour.” 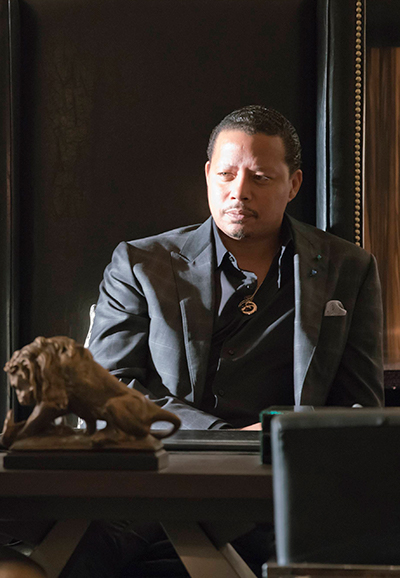 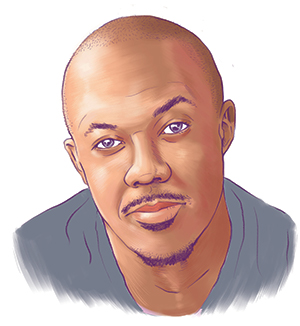 To set up city shoots, Destefano relied on the talents of people like Assistant Location Manager David Leonard ’97, who served as the liaison between the film production crew and the surrounding community. He was tasked with communicating with all of the property owners and managing the filming logistics, including how they might affect daily routines such as parking. Part of the process involved distributing leaflets two days prior to shoots to warn residents of potential disruptions to daily routines.

“I dealt with everything from irate neighbors who objected to shining bright lights on nighttime shoots to business owners upset over filming in front of their door,” says Leonard, who worked on the first two seasons of the show.

Leonard learned his way around City Hall, securing a plethora of permits required to park production vehicles and trailers, locating spaces for camera setups, and finding the police and fire officials needed for each location shoot.

Even the smallest of hiccups can disrupt a day’s shoot. Caught unaware of a planned concert in Daley Plaza or surprised by jackhammering from nearby construction sites, a production crew could be sent into a tailspin. On typical 16- to 18-hour days, Leonard’s approachable demeanor served him well in dealing with the public. He developed some of his personal negotiation skills as a student. “I was always networking and following up with people,” he says. “That’s certainly helped me a lot with what I’m doing now.”

Though she only worked on the first season of Empire, Destefano says she had a blast. “I had a great time designing the show,” she says. “I felt like we pushed the envelope in helping create something different because of the genre.” 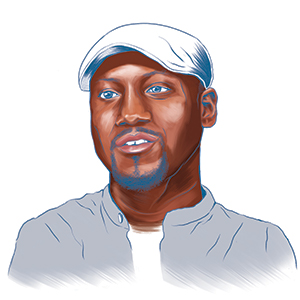 Empire opened the door for some crossover opportunities for James “Jimmy” Carter ’09, a working musician who “played” bass in the music label’s band on the show. Because Carter was hired through the Musicians’ Union, he wasn’t allowed to speak in any scenes. “If I had a line, that would be a different contract and I’d have to be part of the Actors’ Guild,” he says.

So how does a musician act? “Most of the time we’re pantomiming a performance, but it’s easy for us to look like we’re playing,” says Carter. “And we have played live on the set.”

One long day of pretending to play his bass may have even inspired his acting chops. In a scene on the show, Lucious works the band particularly hard. “We’re going to do it all night until we get it right,” he tells the gathered musicians.

The camera cuts to Carter’s natural look of anguish. His convincing performance led to a phone message from a friend who caught the episode: “Brother Jimmy, man you all over this show. It’s only been on five minutes and you have more face time than Lucious.”

With the large crews, extras and stand-ins, it seemingly takes a town to pull off the high-stakes production. In spite of the baggage that comes with city shoots, Empire has found a sweet home in Chicago. For the writers, producers and designers all working in tandem, the show’s success is linked to both this city and a well-oiled creative process. And for the Columbia alumni who’ve found their calling in television production, those lessons from their school days continuously come back into play. 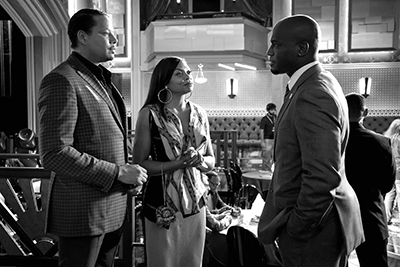 Terrance Howard, Taraji P. Henson, and Taye Diggs stand as the three points of a love triangle on Empire.