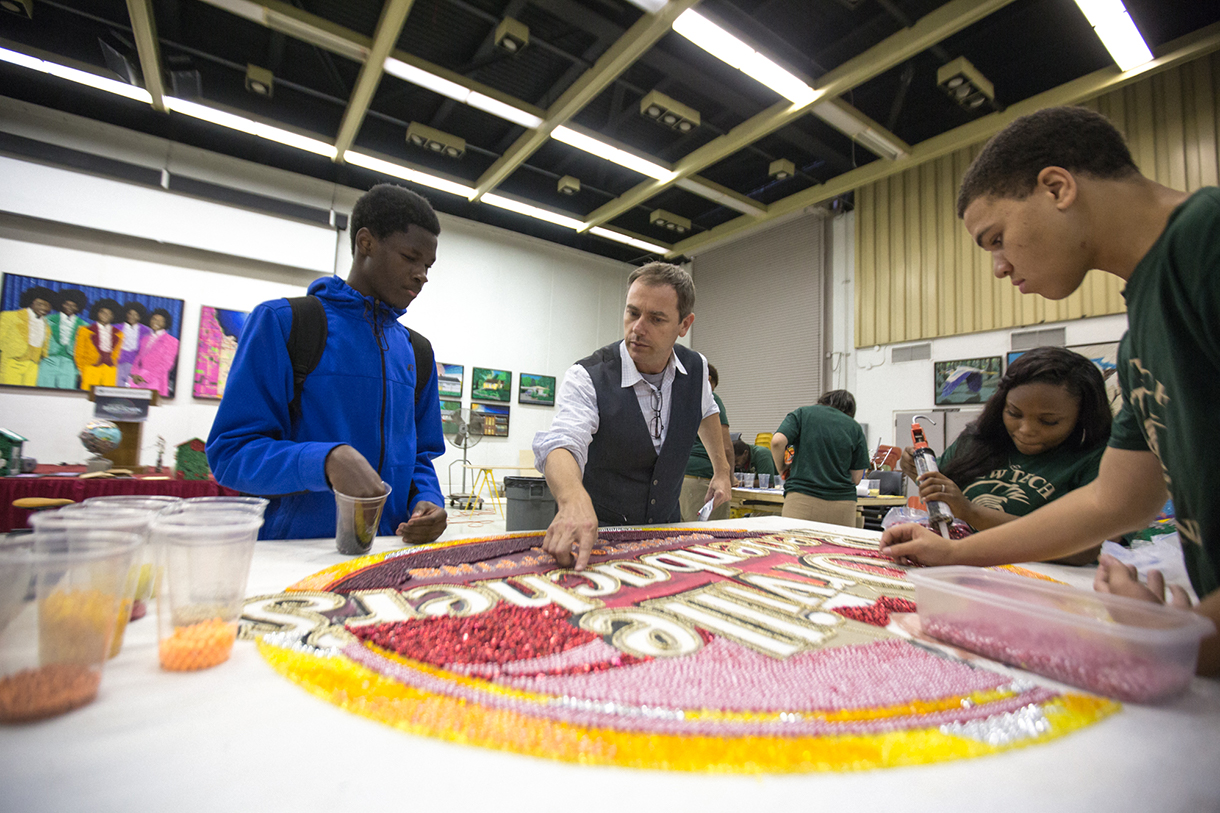 Wanger instructs a student in his signature beading method.

Stephan Wanger recycles thousands of Mardi Gras beads into gigantic, detailed mosaics—and teaches others to do the same through his nonprofit, Bead Town.

Stephan Wanger ’94 believes he works with the happiest medium, the New Orleans bon temps incarnate: Mardi Gras beads. “How can you hold Mardi Gras beads in your hands and not feel happy?” asks Wanger, who creates large-scale mosaics with recycled beads of every color. His inspiration comes from colorful, resilient New Orleans, but his story begins with the catastrophe of Hurricane Katrina.

When Wanger graduated from Columbia College Chicago with a degree in Marketing and Communications, he found a successful career in event marketing and web development. Then in 2005, Hurricane Katrina wrecked its way across the Gulf Coast, flooding most of New Orleans. As the city began to rebuild, Wanger was reminded of how his home country, Germany, was rebuilt after World War II with the help of the United States.

“The U.S. was so great to me. I wanted to give back, to help out. I said, ‘Give me a hammer. I want to build,’” says Wanger. So he left his home and job in Chicago to move to New Orleans and assist in the rebuilding.

Eventually he worked his way up to assistant carpenter. The atmosphere of the city inspired him to create something of his own, leading him to transform eco-friendly, local and accessible media—such as screws, nails and bottle caps—into art.

NOLA’s Resilience, 2010 (99 inches by 77 inches) was unveiled on August 25, 2010, to mark the fifth anniversary of Hurricane Katrina. This detailed portrait of a woman’s face—based on the August 2010 LIFE magazine cover—pays homage to the history and future of New Orleans.

One night, with a strand of beads in hand, Wanger realized they could be the medium he was looking for—full of local spirit and readily available. “They hang from the trees [in New Orleans] and become bleached to silvery gray,” he says about the ever-present strands of Mardi Gras beads, which accumulate in the 10,000 tons of Mardi Gras trash that ends up in landfills every year. That night, he found more beads and glued them to an old plastic planter.

With many more nights of practice, Wanger perfected his technique, upgrading from planters to sheets of plywood from his carpentry. He developed a style of photorealistic shading and colorful abstract backgrounds to perfectly portray iconic Louisiana subjects. The city began commissioning and displaying Wanger’s New Orleans-themed artwork, which drew the attention of local schools that hoped the colorful, resourceful art might inspire students’ creativity.

Wanger began volunteering to teach students mosaic-making, as well as the importance of recycling. He started his own nonprofit organization, Bead Town, in 2012. With Bead Town, Wanger has worked alongside students across North America, from New Orleans to Halifax, Nova Scotia, Canada, to Gary, Indiana. His nonprofit instilled a sense of local pride in students and community members that burst forth in the beaded mosaic form.

In December 2013, hundreds of student and community volunteers from Louisiana completed work on Une Rue Principale en Louisiane, a 48 feet by 8 feet mosaic that secured a Guinness World Records title for World’s Largest Beaded Mosaic. Back in Chicago today, Wanger continues his artmaking pursuits in the name of sustainability and community. But he always remembers the city that gave him his start. “This is my passion,” Wanger says. “New Orleans has given me a great gift.”

Swamps of Slidell, 2013 (51 inches by 99 inches)—When beginning a mosaic, Wanger paints the board to guide his selection of bead color and quantity. He spray-paints the beads specific colors and glues each one on individually. 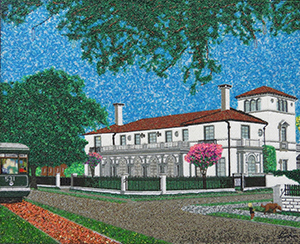 Dreaming on St. Charles Avenue, 2015 (51 inches by 63 inches)—St. Charles Avenue exemplifies the beauty and history of 19th century New Orleans. In order to capture all the detail of this palatial mansion, Wanger used one-millimeter beads to compose the wrought iron fence and glass beads for the window. 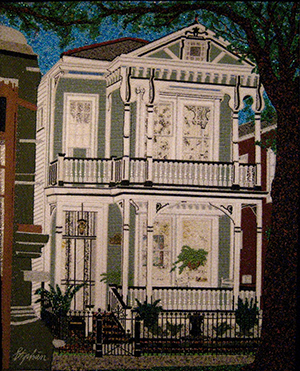 Home on St. Charles Avenue, 2012 (63 inches by 51 inches)—If you look closely in the lower level main window of the house, you can see a miniature version of Wanger’s mosaic hanging on the wall. 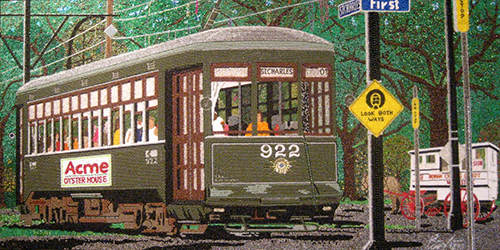 Streetcar, 2012 (51 inches by 99 inches)—Wanger customized this commission to suit the purchasing couple’s interests. 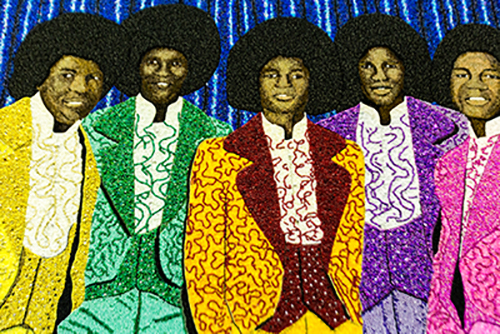 Just Bead It, 2015 (6 feet by 8 feet)—Wanger increased the size of the mosaic so that he could render each of the Jackson 5’s unique faces and personalities in clear detail.