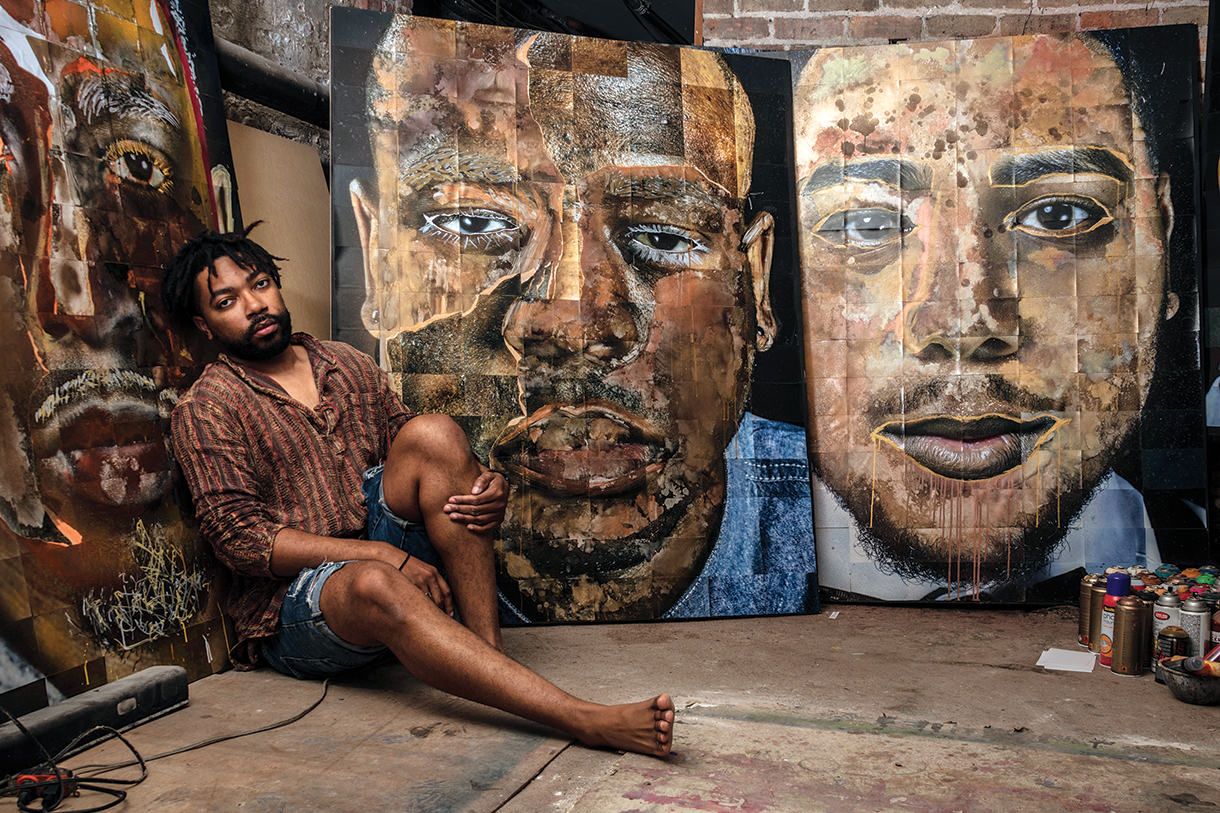 “I can't speak for all artists, but I know for myself personally, I use my work to figure out how I want to exist and how I see myself,” says Ervin A. Johnson ’12.

The multidisciplinary artist—best known for his deconstructed photo collages and colorful, abstract expressionist, mixed-media paintings—creates work that tries to disrupt and change the perceptions of black men and women. Specifically, Johnson is interested in depicting the femininity and humanity in the black body, two things that historically have been denied or ignored. 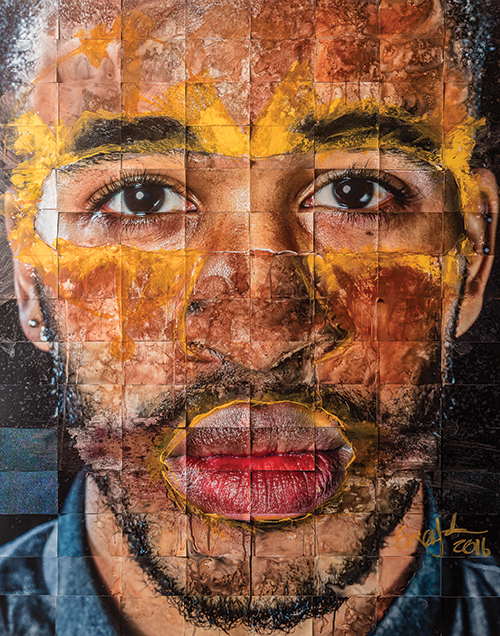 "Billy," #InHonor series, photo-based mixed media, 2016 – Johnson's ongoing mixed-media project #InHonor began in response to the killings of Trayvon Martin and Eric Garner and will continue "as long as lives are lost from racism and police brutality."

Johnson cites his time at Columbia as a catalyst in the development of his artistic practice. At Columbia, Johnson learned the logistics of photography and experimented with painting. In 2016, Johnson also received the Diane Dammeyer Fellowship in Photographic Arts and Social Justice through Columbia and anti-poverty organization Heartland Alliance—which included a $25,000 stipend to create socially conscious work. 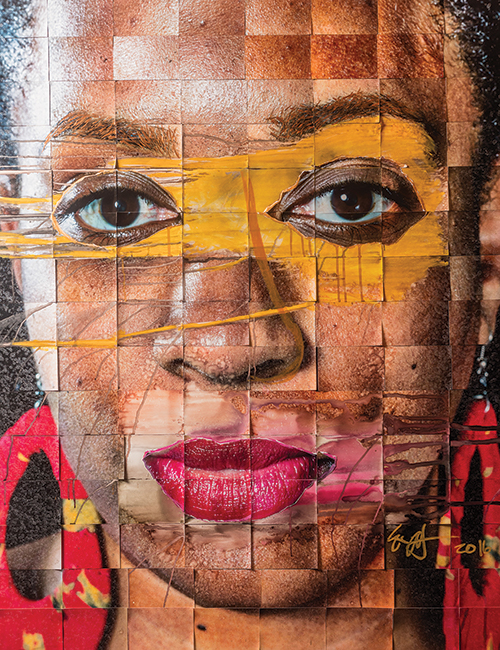 An art history class introduced him to the philosopher Walter Benjamin and his concepts of art in the age of mass reproduction. “The notion of reproduction is important just because I’m trying to alter the perception of black men and women,” says Johnson.

As a photographer, Johnson creates mass reproductions of images of black people. Later, he cuts, paints over, strips, and reconfigures those photographs to create entirely new works. Johnson pulls back on the reconstruction, he says, when the original humanity in the image is no longer there. Johnson is renegotiating how people understand and interpret black bodies and their existence in this world. His work—large and evocative—tells a new narrative of blackness. 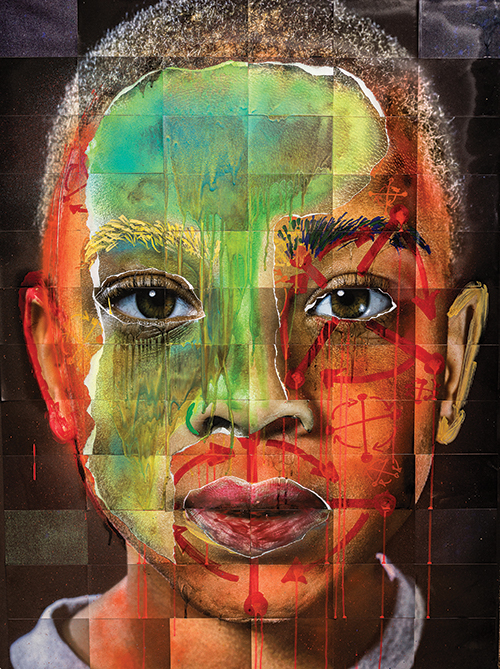 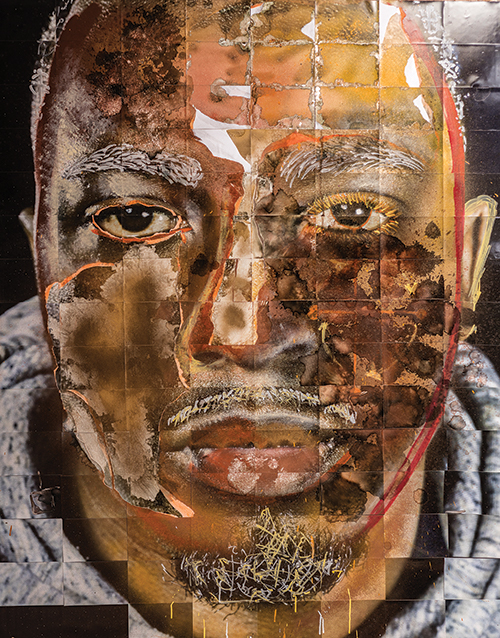