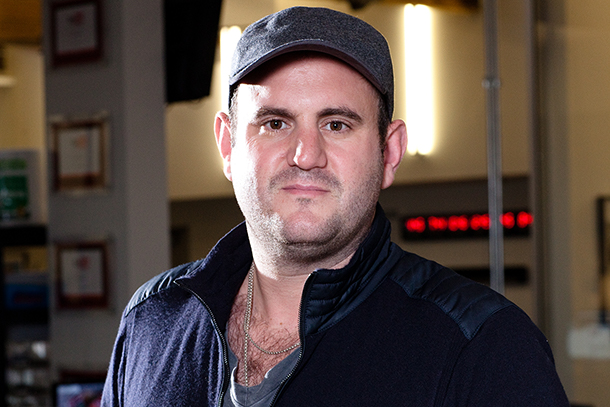 “There is the world that gets turned on its heels, where a woman who puts on a Chewbacca mask blows up. There's no algorithm. There's no artificial intelligence that can predict something like that.”

You probably heard about “Pizza Rat.” In the 2015 viral video, a New York City rat drags an entire slice of pizza down the subway stairs. At only 14 seconds long, the video has more than 10 million views—and it spawned countless memes, Halloween costumes, tribute songs, and shout-outs on shows like The Colbert Report and Conan. And “Pizza Rat” is represented by Jukin Media, a company founded by CEO Jonathan Skogmo ’05.

Since 2009, Jukin Media has shaped internet culture by identifying and licensing YouTube hits like “Pizza Rat” and “David After Dentist” (with a whopping 136 million views). To put it simply, Jukin Media gets people paid for their viral videos. According to Skogmo, Jukin’s philosophy boils down to this simple belief: “The future of storytelling is user-generated.”

Jukin Media’s licensing professionals around the globe sell videos to advertising agencies, news organizations, websites, and TV shows like Good Morning America and The Ellen DeGeneres Show. They protect video rights and get unauthorized copies taken down. Plus, they promote videos across their own social media channels. (The JukinVideo Facebook page alone has 8.6 million followers.) And going viral pays.

Today, Jukin is working to expand to television. Which makes perfect sense, because Skogmo got his start working for various clip shows.

After graduating from Columbia College Chicago’s film program in 2005, Skogmo moved to Hollywood and began working as a researcher for Country Music Television’s (CMT) Country Fried Home Videos. Each day, he collected VHS tapes and DVDs people sent to a P.O. Box—and he found the system time consuming and out of date. So he turned to the internet, reaching out to video owners directly through a new site called YouTube. “I did that over and over, and by the end of the season, I ended up finding more videos than my supervisor and producers,” he says.

Skogmo’s cyber-savvy put him in high demand. After five seasons at CMT, he began moving from network to network, producing shows for MTV, TruTV, and Discovery Channel. But as a freelance producer, he had no ownership of the shows he was involved in.

“I realized I had this great domain expertise in the market of viral clips, and I knew how much they were worth,” Skogmo says. “I literally quit my job and started buying videos from my apartment.” He used his insider knowledge to sell the clips to various television shows.

As the company’s success grew, Skogmo hired a team to work from folding tables in his living room. “Fast-forward to today,” he says. “We’re headquartered in Los Angeles. We also have an office in New York, an office in London, an office in Australia. We have a global presence, and we’re pretty much doing the same thing today, as far as buying content.”

With more than a decade of internet expertise, Skogmo is pretty good at predicting which videos will get the most clicks— but he’s still capable of being surprised. In May 2016, 47-year-old Texas mom Candace Payne filmed herself laughing uncontrollably while wearing a Chewbacca mask.

The Facebook video got more than 140 million views. After her rise to viral fame, she began working with Jukin Media— and now “Chewbacca Mom” is one of their most high-profile clients.

“There is the world that gets turned on its heels, where a woman who puts on a Chewbacca mask blows up,” he says. “There’s no algorithm. There’s no technology. There’s no artificial intelligence that can predict something like that.”