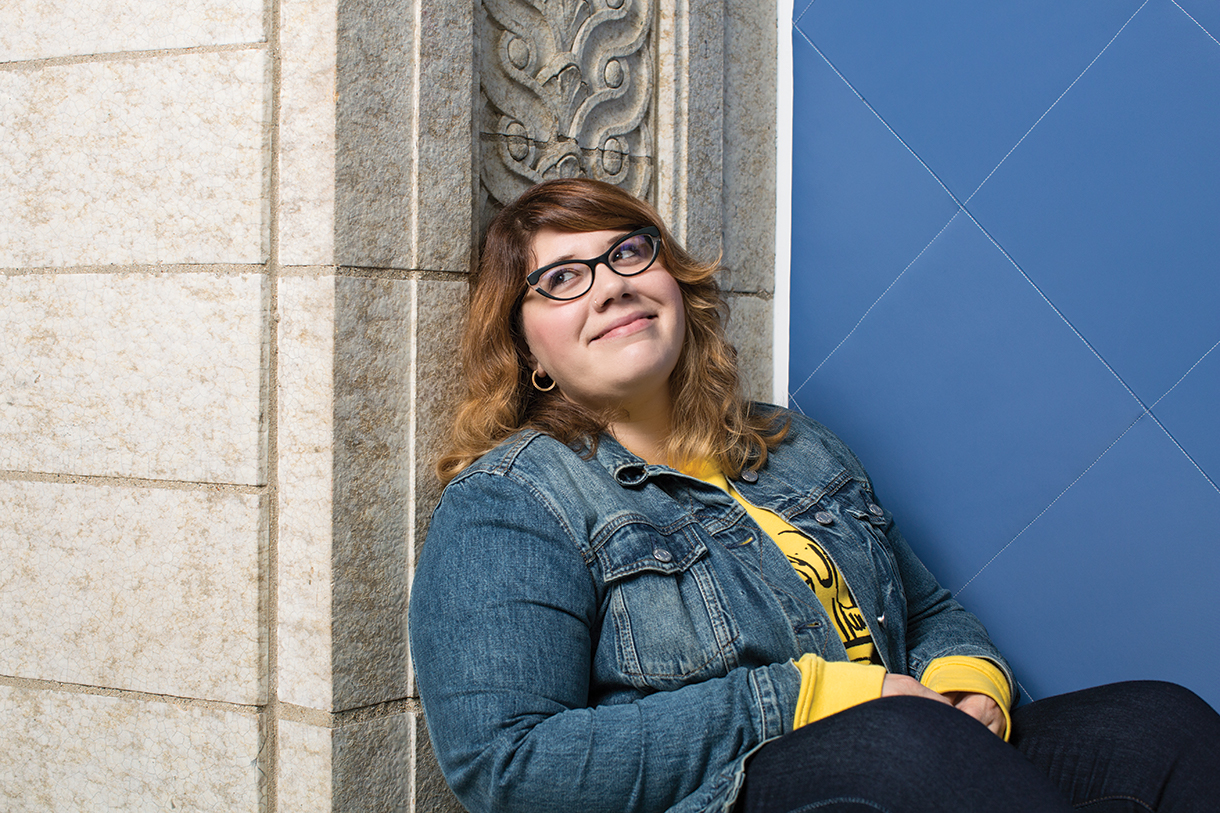 From sketch to set, Theresa Guleserian '05 creates the spaces and backdrops for films and television.

In the episode “All-Nighter” of Netflix series Friends from College, Kate McKinnon saunters into the living room of a high-rise apartment. Potted white flowers and pastel shopping bags cover every surface in the room, from the pine tables to the white carpet. Lavender curtains hang between floor to ceiling windows boasting a view of a dreary New York City. In a gray textured blazer, McKinnon slinks onto a navy velvet couch, becoming an entity of the room’s color palette. McKinnon’s character, Shawna, fits seamlessly into a room that exudes comfort, wealth, and luxury. Theresa Guleserian ’05 created that room. In fact, it’s one of her favorite sets from the show.

“[The director said] ‘Just go Great Gatsby, like the most absurd ridiculous version of her you can come up with,’ ” says Guleserian. “My art department and I traveled all through Manhattan, collected every shopping bag on the planet. We spent stupid amounts of money on this florist with this very tight color palette and floral instructions, and we just whipped the place together.”

Guleserian attended Columbia College Chicago to study Animation, but developed an interest in production design after taking a required Live Action Film course. After graduating with a degree in Film and Video, she attended the American Film Institute (AFI) for an MFA in Production Design. As a production designer, Guleserian is involved in the creation of a film or series from the very beginning, working with the directors and writers on the narrative. Through paint, fabric, flowers, furniture, and objects, Guleserian creates spaces that are both natural for the characters and appealing to viewers.

“[We’re] talking about story, meaning, and theme,” says Guleserian. “The most relevant part of my job is understanding what story the director wants to tell and what it means. I make every decision based on that information.”

Guleserian has worked on more than a dozen films and television shows including The One I Love, Togetherness, Before We Go, The Overnight, Friends from College, and Neighbors 2: Sorority Rising.

After graduating from AFI in 2006, Guleserian and her now-husband, John Guleserian ’04 (also an AFI alum), worked together on the 2009 feature film Spooner, a film about a socially awkward man in crisis on the eve of his 30th birthday.

“It was just a tiny film that somehow kick-started our careers immediately after school, which is really weird and never happens,” says Guleserian. The indie film won the Achievement Award at the Newport Beach Film Festival in 2009, and Guleserian worked on six other films and TV series in that year alone.

For big-budget projects, such as Neighbors 2: Sorority Rising, Guleserian leads an art department of more than 100 people. She creates a lookbook for each production, collecting color palettes, set sketches, and images of what goes into a character’s home for months in advance of filming. With independent films, such as The One I Love, Guleserian’s process is more intimate, organic, and slower. She works closely with directors, deciding finite details later in the production process. The One I Love is about a couple sent on a therapeutic getaway to a lavish estate. Soon, their relationship is further complicated by strange occurrences in the guest house.

“[For The One I Love] we had to make two environments feel really different, so you weren’t confused about who was in what space,” says Guleserian. “We had to make the guest house feel incredibly warm and safe, and the main house was made to feel like a complex reality of a long marriage.”

To do this, Guleserian abstained from color in the main house, covering the furniture in black-and-white fabric. But she designed the guest house, where fantasy and reality blur, with warm blushes, oranges, and pinks. 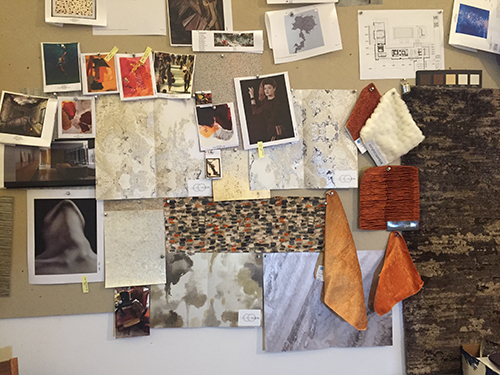 Guleserian creates a “Bible” lookbook for each of her productions. This page represents the aesthetic for Sam’s house on the Netflix series Friends from College.

Ultimately, Guleserian is a storyteller, amplifying narrative by creating sets, backdrops, and homes that reflect everything from the characters inhabiting them to the implicit themes of the show.

“[A production] becomes your entire world because the only way you can accomplish something on that big of a scale is to have it consume you,” says Guleserian.

Guleserian recently wrapped on Valley Girl—a musical adaptation of the 1983 Martha Coolidge-directed film—and is working on the independent film The Shitheads while preparing for the second season of Friends from College. 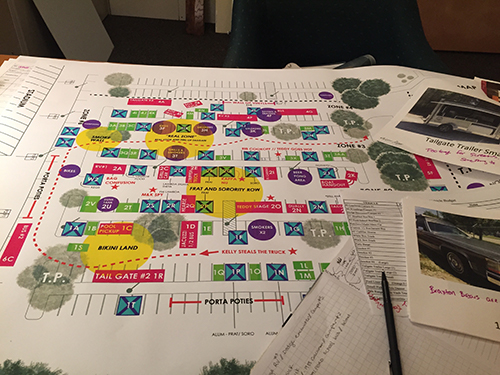 Tailgate Design Map for Neighbors 2— “[Director] Nick [Stoller] has a bombastic way of [storytelling], but I have the most fun on any job with him,” says Guleserian.