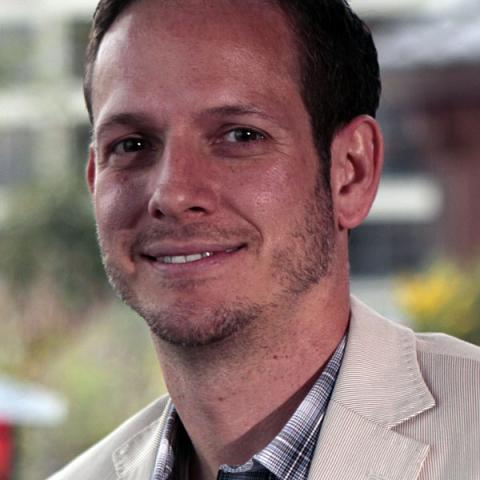 Jason Stephens received his Bachelor's degree in English from Ball State University. Immediately following college, he served two years as a Peace Corps volunteer teaching English and American History in Far Eastern Russia. He lived in Washington, DC for three years after returning from Russia where, while working for various public relations and lobbying firms, he became involved with the independent theatre and film community of the nation's capital. His experiences brought him back to the Midwest to pursue a Masters degree in Arts Management from Columbia College Chicago. While a graduate student, he founded the non-profit organization Split Pillow to help foster and support local filmmaking. In 2004 the Chicago Tribune named him one of their "Chicagoans of the Year" for "providing a national platform for local talent." After leading the organization for 8 years, Jason decided to pursue teaching full-time and pass along the lessons he learned to a new generation of aspiring arts managers. In 2018, the Future Founders awarded him their "Entrepreneiurial Graduate Course of the Year" award. While teaching full-time, he continues to be involved in Chicago's filmmaking community as a member of the Board of Kartemquin Films, where he served as treasurer for 4 years and is currently serving a second term as Chair. During his tenure as Chair, the organization was nominated for 3 Academy Awards and was selected to receive an Insuititional Peabody award. He also serves on the Board of the Fairchild Tropical Botanical Gardens in Miami, where takes a group of studnets every J-term for 2 weeks to explore that city's creative industries through a course he designed. Jason continues to advise and mentor students one-on-one, overseeing several independent projects by graduate students.

See all Business and Entrepreneurship faculty