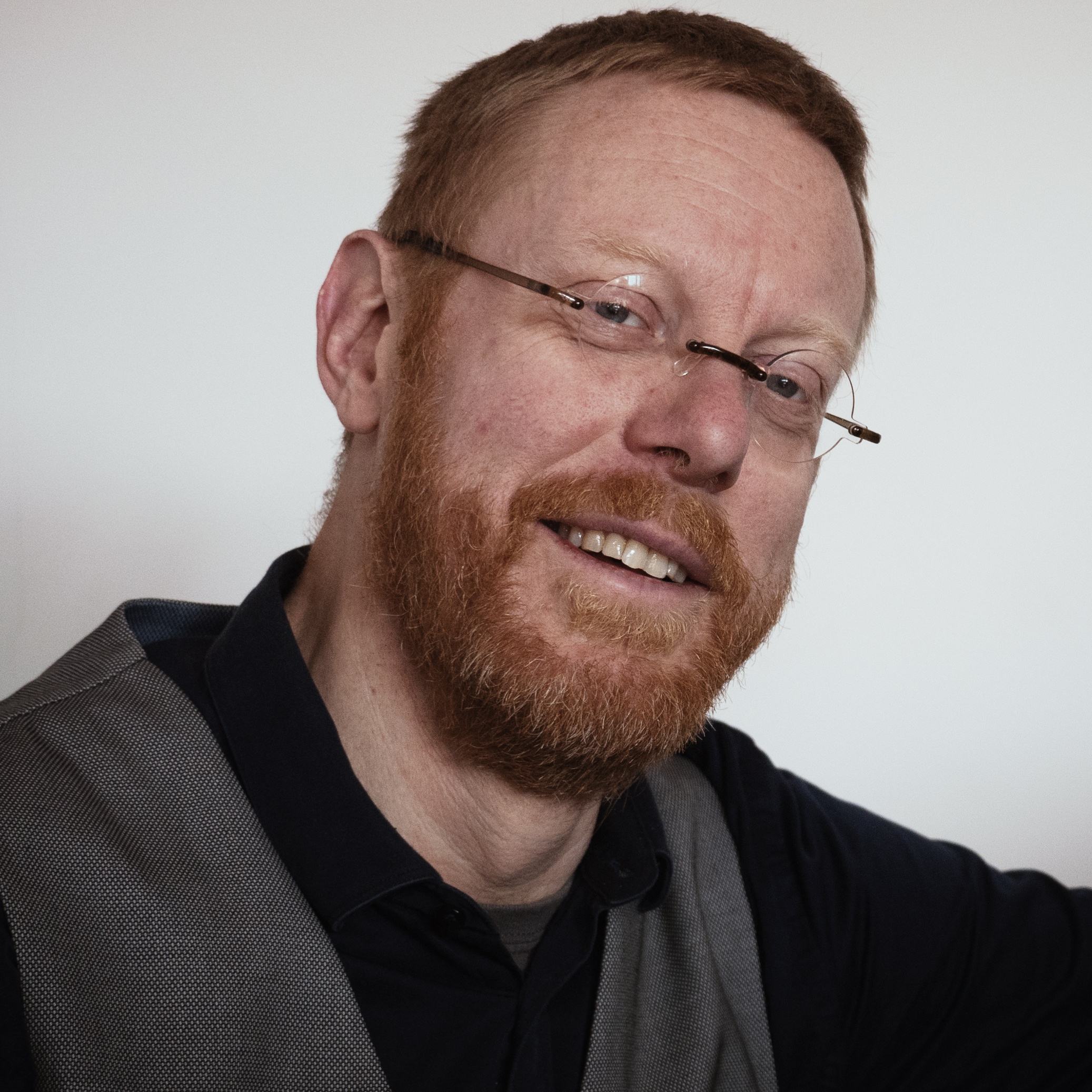 Sebastian Huydts (b.1966) studied piano in Amsterdam with Edith Lateiner-Grosz at the Sweelinck Conservatory in Amsterdam, The Netherlands. In addition, he took post-graduate classes with Rian de Waal. He participated in piano master classes with György Sebök, Stephen Bishop, and Earl Wild, and took Chamber Music lessons with Tan Crone. He has performed solo, with orchestra and in chamber music throughout Northern Europe and the Midwestern USA and has appeared on Dutch, Spanish and Chicagoland radio. As a composer he has written repertoire for solo instruments as well as various ensembles ranging from duo to orchestra. His style seeks to combine 20th century innovations with traditional elements of Western music. His works consist of song cycles, sonatas, chamber music for various combinations, and concertos. Many of these works include the piano. In 1993, the Music Department of the University of Chicago awarded him a four-year stipend to study Composition. His professors there included John Eaton, Jay Alan Yim, Andrew Imbrie, Shulamit Ran and Marta Ptaszynska, Computer Music and Composition with Howard Sandroff, Conducting with Barbara Schubert, and Orchestration/Arranging with Cliff Colnot. While studying at the University of Chicago, he received the Paul and Olga Menn prize for original compositions for his Concerto For Piano And Double String Orchestra. He has received commissions from organizations such as the "Rhijnauwen Chamber Music Festival", the DuPage Symphony Orchestra, the Chicago Chamber Musicians, the Rembrandt Chamber Players, The Orion Ensemble, and Vents de Barcelona, as well as from individual artists Marion van den Akker, Keith Conant, Katinka Kleijn, Claire Chase, Eric Lamb, Noé Cantú and Elizabeth Ko. All works have been performed and recorded in past concert seasons. In 2004 his Music for Flute and Piano, recorded by Mary Stolper for Cedille Records, received a favorable review in the Gramophone. He has been Composer In Residence with and is member of Chicago’s New Music Ensemble CUBE. In this position, he received a grant from the American Composer’s Forum to write music for children’s concerts. Sebastian Huydts has taught at the College of the University of Chicago, Lake Forest College, Northwestern University and at the Merit School of Music in Chicago. At present he is the Acting Chair of the Music Department at Columbia College, where he is also Associate Professor and Coordinator of Keyboard Studies. Aside from his activities at the college level, he has co-taught orchestration with Cliff Colnot in the MFA Music Composition for the Screen program. In addition, he is involved in the pre-collegiate program at Sherwood Community Music School. He regularly performs with CUBE and with musicians from the Orquestra Simfònica de Barcelona i Nacional de Catalunya. In Spain he is represented by Musicantes concert management. As of late 2009, his work is published by Jeanné, specialists in music for woodwinds and viola.