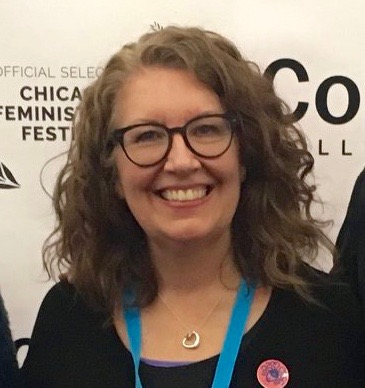 Sue Mroz is a Professor of Instruction in Cinema and Television Arts, focusing on Screenwriting and Directing. Prior to Columbia, she was a Program Director of the Chicago International Film Festival and worked as an actor and filmmaker with Wild Life Theater and Rococo Rodeo. Her short film, The Scary Ham, based on the story by Ellen Klages, has been screened at over three dozen film festivals, and won Best Narrative Short at the Southern Colorado Film Festival. She is currently working on completing the short documentary Geno and Jane, and the personal essay film To Go Back Home, Then Back Again Once More. She has an MFA in Film and Video from Columbia College, and completed the Jungian Studies Program at the C.G. Jung Institute of Chicago in 2020. In 2011, Sue received the Excellence in Teaching Award for full-time faculty.