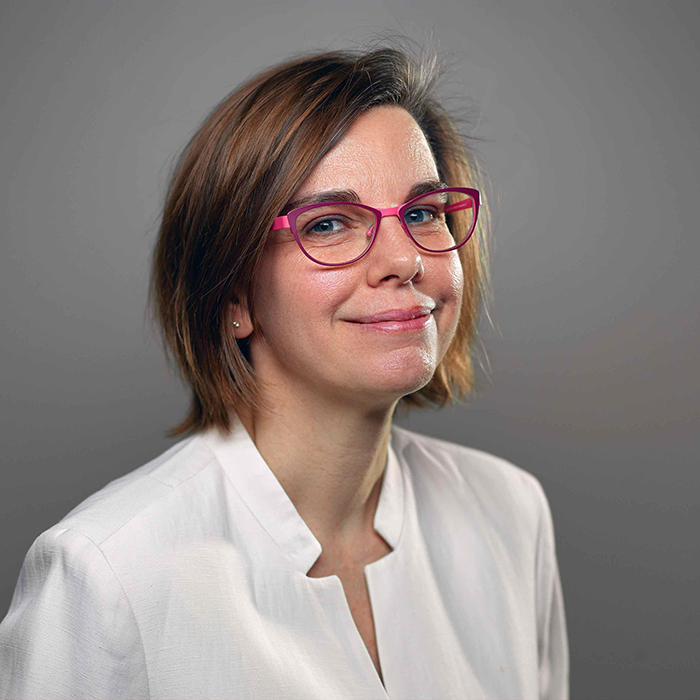 Susan Santha Kerns is an Associate Professor of Cinema and Television Arts, where she teaches courses in cinema studies, producing, and distribution at the graduate and undergraduate levels. She is also Co-Founder and Co-Director of the Chicago Feminist Film Festival and Content Acquisitions specialist at Cow Lamp Films.

She is currently producing the unscripted series Uncoiled and the VR experience Scapegoat. Formerly, she produced the documentary Manlife, wrote the screenplay for Little Red, and produced or directed numerous short films. Dr. Kerns has spoken about film festivals and distribution on panels at SXSW, Art House Convergence, University Film and Video Association, and the European Network for Cinema and Media Studies. She has also published about film festivals in Journal of Film and Video, The Routledge Handbook of Contemporary Feminism, and Cuaderno.

Her dissertation focused on representations of conjoined twins in popular culture, and her scholarship on conjoined twins and/or sideshow-adjacent cinema has appeared in Journal of Graphic Novels and Comics, Comunicazioni Sociali, and Nip/Tuck: Television that Gets Under Your Skin. She has a chapter forthcoming on the Lon Chaney film The Penalty in the collection Phantom Limbs, Prosthetic Relations, and the Semiotics of “Loss."

She also loves Tank Girl. As such, a chapter about the Tank Girl comics was recently published in The Routledge Companion to Gender and Sexuality in Comic Book Studies.

She holds a PhD from the University of Wisconsin-Milwaukee.