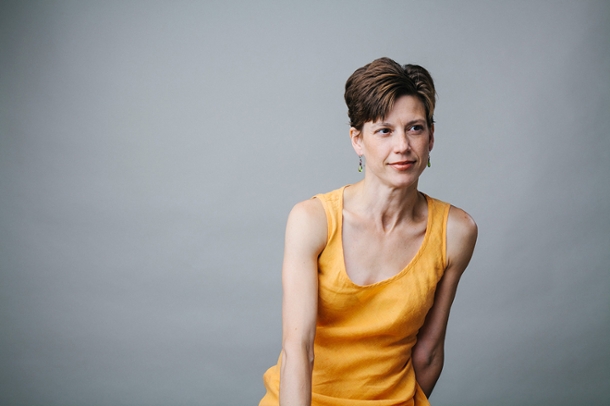 “It can be challenging to know if what you’re doing is effective. The thing that I love about dance movement therapy is that you can actually see it.”

Jessica Young heals through the motion, rhythm, and emotion of dance.

“It’s not about teaching dance,” Jessica Young MA ’01, associate professor of Dance, says of her work in dance movement therapy (DMT). It’s about engaging people in nonverbal healing, tweaking their motions so the emotions will follow.

“DMT is based on the premise that the body and mind are one,” Young says. “We’re continually expressing ourselves through our movement.”

Leap of Faith
Young, who fell in love with dance at three years old, was a practicing dancer in Iowa before she decided to use her skills to help others. She considered physical or occupational therapy before earning her master’s in DMT. Out of the six American Dance Therapy Association-approved programs offered in the country at the time, Young applied only to Columbia College Chicago. She moved to the city before she was even officially accepted and didn’t want to move after completing her master’s.

“Once I completed the program, and all of my classmates were talking about moving home, I realized the thought of leaving [Chicago] never even dawned on me; I felt like I was home,” Young says.

Healing in Motion
Young introduced DMT to a Chicago anti-poverty organization, whose staff was surprised to see her engaging clients who hadn’t responded well to traditional counseling.

In one case, a client with schizophrenia acted “flat” and had trouble interacting with other people. “In my DMT groups, she would become very animated and playful,” Young says. The woman was eventually able to connect with others and take care of her family.

“She often reflected that DMT groups left her feeling stimulated and alive,” Young says, noting that a side effect of many antipsychotic drugs—the traditional treatment for schizophrenia—is a numbing feeling.

Of course, none of those changes took place overnight. DMT can be done in private or group settings, and is hardly an exact science. Young says it’s improvisational, “like you’re choreographing together.”

“It can be challenging to know if what you’re doing is effective,” Young says. “The thing that I love about DMT is that you can actually see it.”