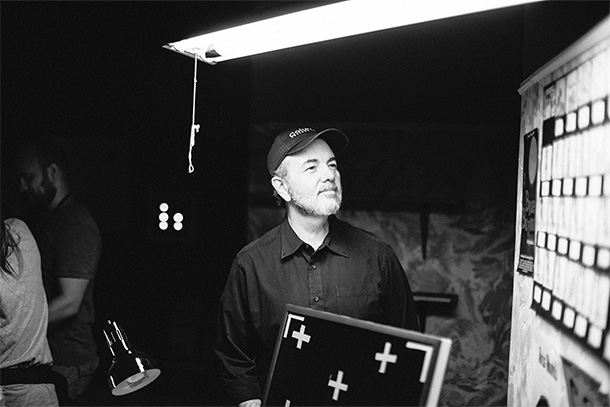 “When you see a finished animated film, nothing is for granted.”

In film, ad-libbed lines can elevate scenes; in photography, candid pictures can shine. But in animation, there’s no room for improvising. Before animators begin hand-drawing or computer-generating thousands of frames, every move has been planned out.

“When you see a finished animated film, nothing is for granted,” says Animation associate professor Jim Rohn.

Luckily, his professional path had some room for investigation. In his journey to Columbia’s award-winning Animation program, Rohn drew covers for Dark Horse Comics, released his own graphic novels, and animated video games for mainstream developers.

“I always had a love for cartoons, comics, graphic novels, and animation,” says Rohn, “and it all kind of played together.”

“The sheer craftsmanship of it won me over,” he says. “My curriculum afterwards I split halfway between animation and illustration.”

After graduating, Rohn hit the comic scene, crafting covers for Dark Horse and even snagging his own series, The Holo Brothers, with indie purveyor Fantagraphics.

When Jurassic Park came out in 1993, polished computer animations were just hitting the mainstream. “The scene where the raptors nose the door open in the kitchen—I remember turning to my wife and saying, ‘If there’s any way to get into that, I’m gonna grab it,’” says Rohn.

He ended up animating video games for SEGA for two years before moving on to Midway Games (makers of Mortal Kombat). As technology improved, games began incorporating storytelling cutscenes—essentially mini-movies within the game.

“I’d finally found a way to take all that storytelling love I’d had doing comics and graphic novels and the technical and animation chops I’d learned in the subsequent 10 years and fold them back together,” Rohn says. Today, he brings that expertise to Columbia’s animations classrooms, coaching students on production pacing and character design while honing in on nitty-gritty animation processes.

Rohn runs his classroom like a professional studio. “In a sense, students are already production veterans upon graduation,” he says.

In a yearlong senior capstone, Animation Production Studio, Rohn coaches a team of students through producing an animated film—from brainstorming, writing, designing, and animating to an end-of-the-school-year screening at the college’s Manifest Urban Arts Festival.

“Columbia students I would describe as very talented, very motivated, very clear on the calling they have as artists,” Rohn says. “They want to create work for the world.”