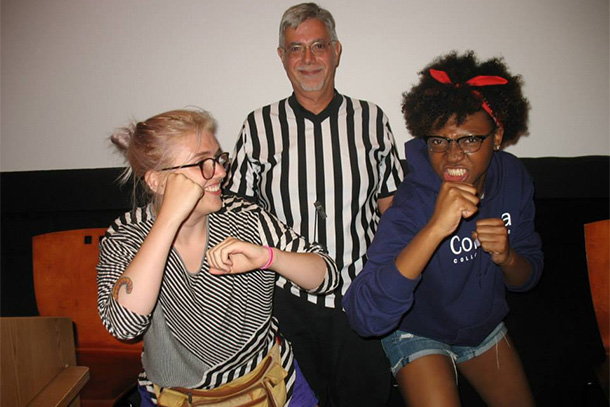 Come for the film, stay for the fight! Fun. Fractious. Free.

Cinema Slapdown is a unique screening series, a wildly entertaining crossbreed of film discussion and knockdown, drag out debate that showcases the best and the brightest of Columbia College Chicago and local personalities.

At each session, a well-known though controversial film is screened. It can be anything from a documentary that polarized its audience to a big award winner that left many scratching their heads and asking “Why?” Following the screening, two debaters, one who loves it and the other who doesn't battle against each other, the audience and Ref Ron Falzone.

Each semester is built around a specific theme.