Explore the world of 3D computer animation in Columbia College Chicago’s Computer Animation program. Learn technical and storytelling skills from a faculty of professional animators with decades of industry experience.

The best artists constantly create. At Columbia, you’ll start animating in your first year. With practice you’ll become more comfortable with the tools of the trade and develop a keen eye for storytelling. As a senior, you’ll collaborate with peers to create an animated film.

There’s a reason we’re consistently ranked among the top animation schools in the Midwest and beyond. Columbia animation students bring a unique voice and aesthetic to their work, and best of all, employers want our grads. You’ll find Columbia alums around the world working in major animation studios and showcasing their award-winning films at festivals.

We offer a Bachelor of Arts (BA) and a Bachelor of Fine Arts (BFA) in Computer Animation to fit your career goals and personal interests. 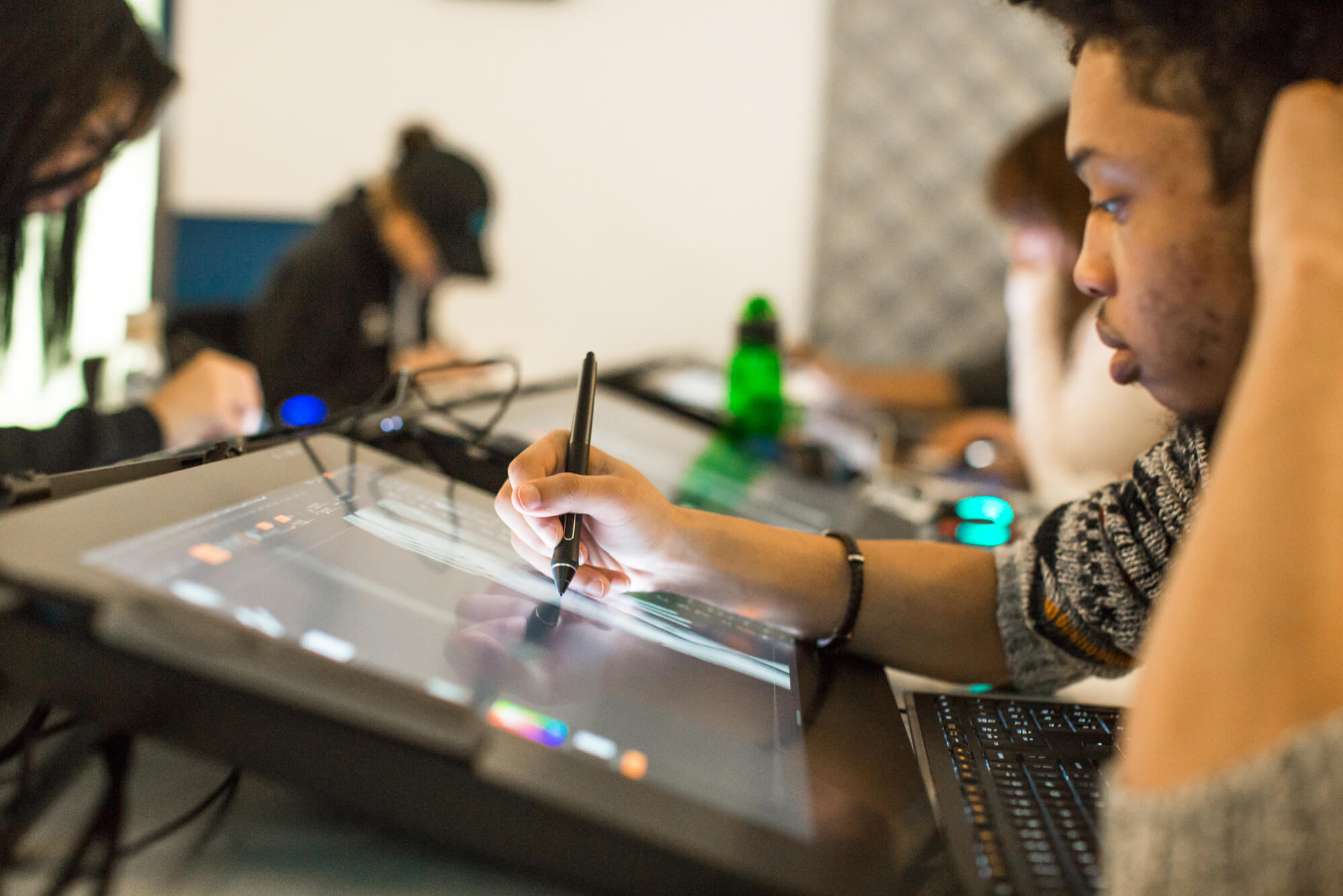 Columbia College Chicago offers three options for animation-related degrees: a Bachelor of Arts (BA) in Animation and a Bachelor of Fine Arts (BFA) in either Computer Animation or Traditional Animation. The Animation BA might interest you if you want to explore multiple animation techniques (hand-drawn, stop-motion, computer, experimental) and take on a minor or second major. The BFA allows you specialize within your area of animation interest and complete two animated films by your final year.

If you plan to apply directly to the BFA programs, you’ll need to include some additional materials.

You’ll take courses like History of Animation, a lecture-based theory class that provides historical context for your work. You’ll also learn by creating. Build virtual environments and create and animate rudimentary CG characters as you learn Autodesk’s Maya (an industry-standard software) in Introduction to Computer Animation. No matter which entry-level courses you take, the end product is a body of artwork for your portfolio.

As a senior, you’ll have a few options depending on your degree program and personal choice.

BA students have the option of working with a team their senior year to create an animated film in Animation Production Studio. Or, they can work on their own solo film or take electives that will help them polish their demo reels and gain professional-level competency in the areas of their choosing.

BFA students are required to take Animation Production Studio and produce their own animated thesis film as a solo project. This is similar in scope to the team project except you’ll have three full semesters to complete it. You’ll work as the producer, director, editor, and every other role in between.

This two-semester capstone course is an intensive introduction to the animated film process. You’ll supervise and be supervised in roles ranging from director to editor. In the first semester, you’ll pitch ideas to your team and choose a story together. Then, you’ll create preproduction concept art, storyboards, and computer-generated (CG) assets. In the second semester, you’ll continue to build and refine the film, presenting it in May at Manifest, Columbia’s annual urban arts festival that celebrates the amazing work of our graduating students.

Our faculty members are award-winning working professionals, who bring their in-depth knowledge of animation, game art, cinema, television, graphic novels, and illustration to the classroom.