Music Composition for the Screen 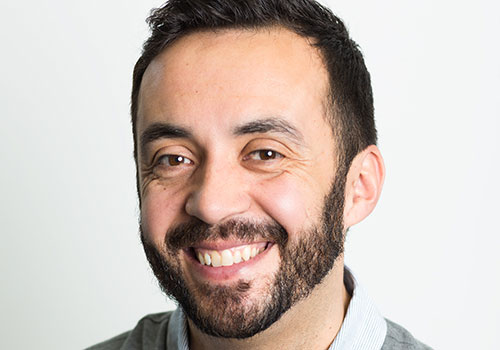 A graduate admissions representative is ready to answer your questions about this program. Email  David Marts today.

Music Composition for the Screen (MFA)

To succeed as a media composer, you need to be ready to adapt to an ever-evolving music-for-media landscape. Columbia College Chicago's two-year Music Composition for the Screen Master of Fine Arts program is designed to give you the in-depth training, professional connections and hands-on experience you need to develop your own voice, launch your career, and succeed in the industry.

Our program is ranked #1 of it's kind in the world in the Hollywood Reporter 2022 Industry Survey.

The MFA composition program covers composing for a wide variety of genres in film, TV, video games, and augmented and virtual reality (AR/VR). Beyond the art of dramatic scoring, you'll master rapidly developing technical industry standards in media music production and gain hands-on experience with everything from programming cutting-edge digital instruments to conducting professional live musicians. You'll learn how to adapt your music to different contexts in courses on the unique processes of film, TV, and interactive media. Our faculty of working professionals and our visiting composers-in-residence mentor you by providing practical advice and candid feedback.

The program culminates in a five-week capstone in Los Angeles. With the guidance of the program director, you’ll choose a composer to intern with based on your interests and aspirations. You'll also lead a recording session of your thesis project with a full live orchestra in a professional studio. 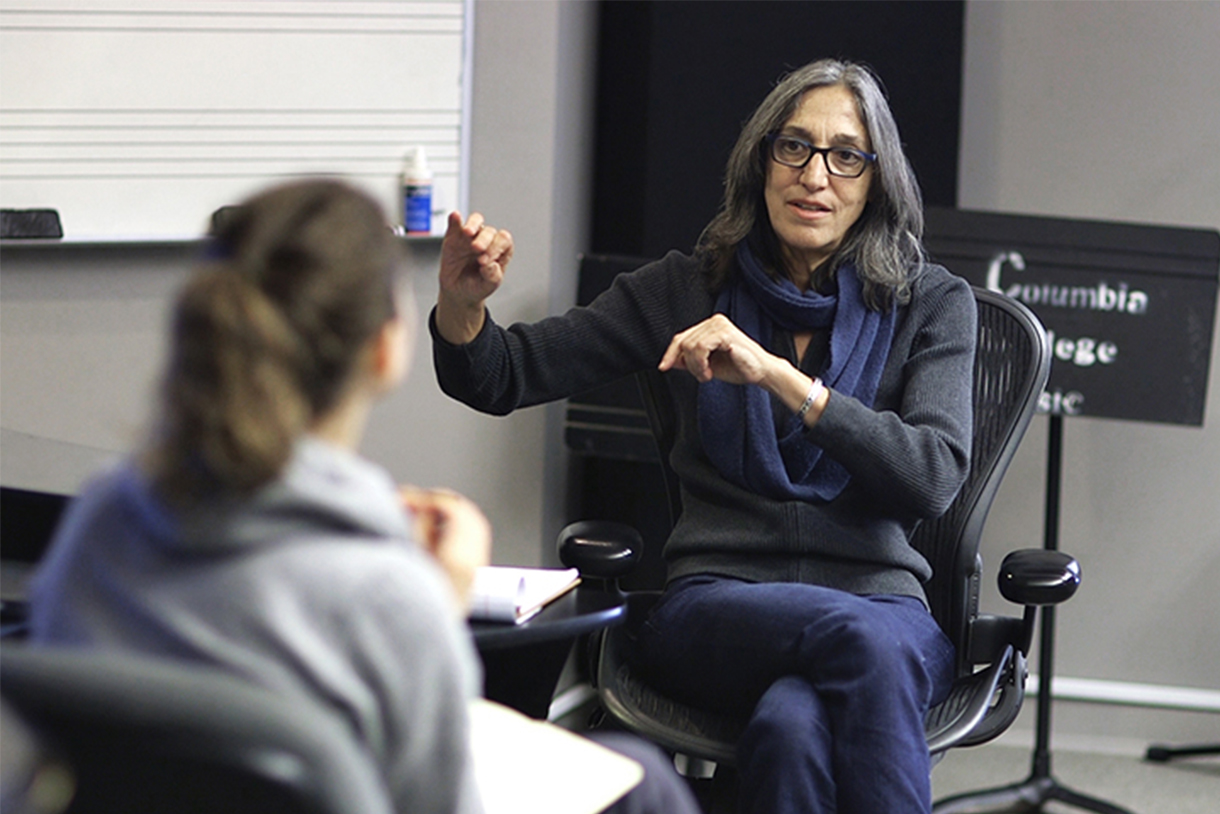 “I wish I had something like this when I was starting out. The students are really getting the maximum exposure. It’s one-of-a-kind.”

Our composers-in-residence are professional composers at the height of their careers who come to Columbia to workshop with our students for seven weeks at a time. You will work with these composers to rescore one of their original projects from start to finish. Think of this as a flight simulator: the composers recreate real challenges they faced on the project, teaching you how to anticipate problems and adjust to them. It’s a safe space for you to make mistakes and learn from them without risking your career. You’ll experience how a project comes to fruition in the real world.

Recent composers-in-residence include 2021-Emmy-winner Brandon Campbell (The Letter for the King), Ronit Kirchman (The Sinner), and Chance Thomas (The Lord of the Rings Online).

Learn more about the Composers-in-Residence program.

Columbia’s program is unique because it is structured around scoring full-length projects. Instead of working on a few isolated scenes, you will deal with entire feature films, TV shows, video games, and other full-length visual media projects. These projects allow you to practice scoring as it is done in the real world, learn how music evolves to tell a complete and see the full context of a score. You’ll emerge from this program with the most up to date skills and best practices for a career in this industry.

Professional preparation is an important aspect of the Music Composition for the Screen MFA program. The program’s capstone is a five-week term in Los Angeles. You'll intern with a composer in your preferred style and genre. During this experience, you'll also gain insight from industry professionals and conduct a recording session with a full professional studio orchestra, mixed by a leading scoring engineer.

By the time you graduate, you will have developed a body of work and a professional network that will help propel you into the industry with confidence. You’ll take advantage of Columbia’s interdisciplinary environment and find collaborators in Chicago’s world-class music scene. Columbia is home to one of America's largest film and TV departments, which has produced a number of Oscar, Emmy, and Spirit Award winners, and the college also trains future game developers in its Interactive Arts and Media department. Through collaborations facilitated by our MFA program, you’ll have many opportunities to score student films and student-produced video games and make lasting professional partnerships with emerging visual media creators. 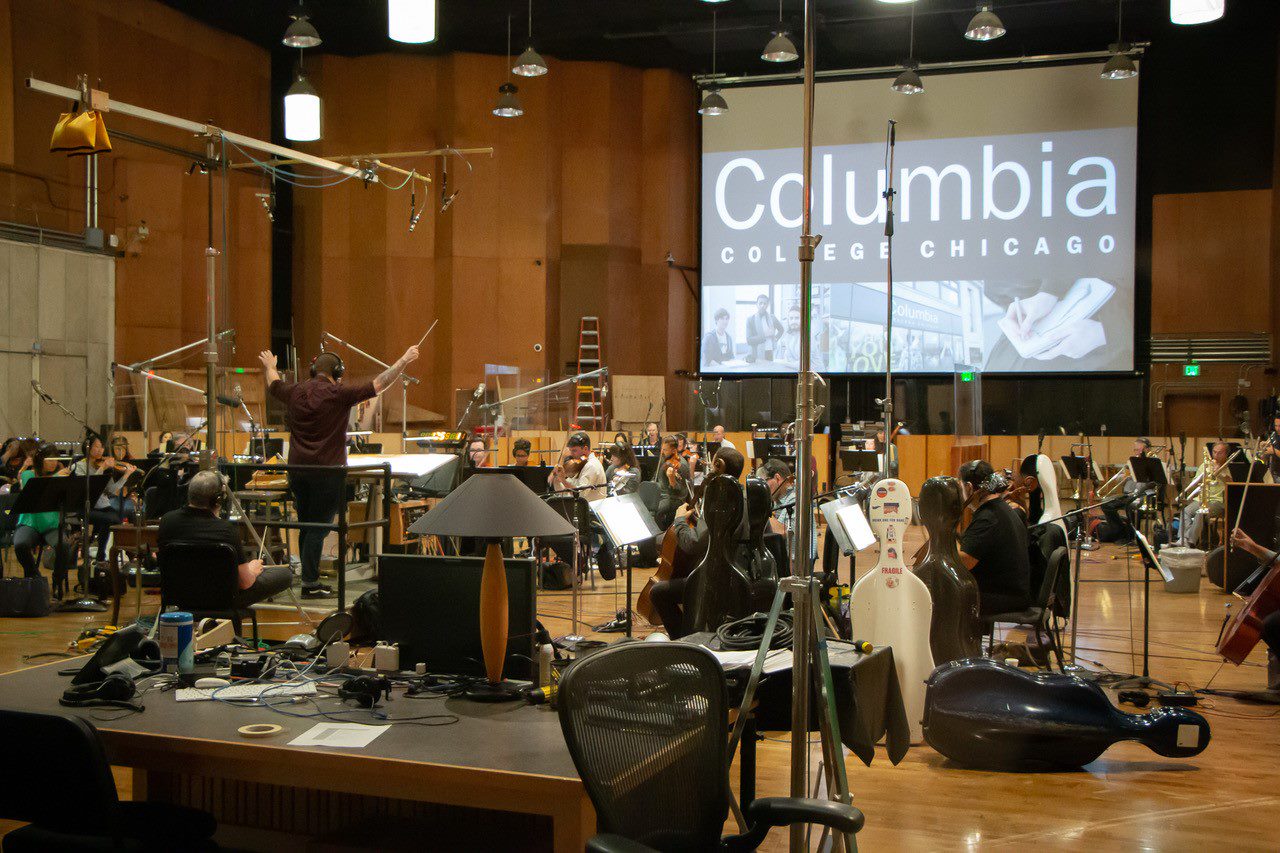 In today’s media music industry, a successful composer portfolio has to showcase impeccable compositional craft and an original voice in a variety of styles, while displaying mastery in production techniques and the use of fully electronic sounds and samples. Exclusively live-recorded scores are exceedingly rare. Therefore, our recording sessions are optimized to allow you to learn and practice the various ways live musicians are currently integrated into today’s hybrid, electronic/acoustic score production process, from solo overdub and sweetening sessions through chamber-sized ensembles enhanced with samples, all the way to the thesis project in LA, where you will record your composition for a full live orchestra.

Listen to samples of recent work by our alumni.

Most MFA composition alumni work in the field of music for media, primarily in Hollywood. Established alumni are the backbone of the program’s success, helping today’s graduates and students make connections in the field. Recent alumni have worked on films from Warner Brothers and Universal; TV series on Syfy, ABC, and TBS; PBS documentaries; and best-selling video games.

More about our alumni