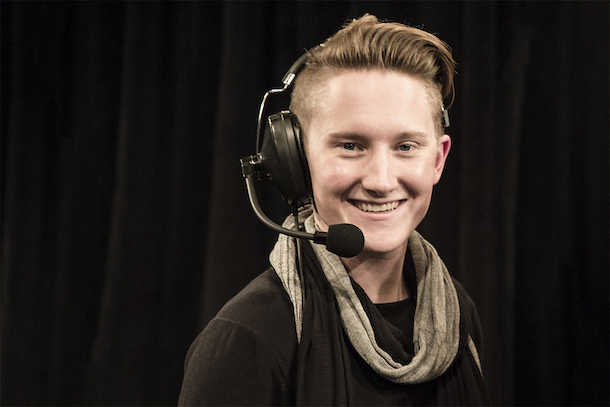 “Theatre is not dying any time soon.”

An unexpected turn led Jake Fedorowski ’17 to his true calling as a stage manager.

When Jake Fedorowski ’17 first came to Columbia College Chicago, he planned to study acting. After he took a stage management course with Theatre lecturer Nykol DeDreu, his life changed direction. “I took one class and fell in love,” he says. “When [DeDreu] explained stage management to me, I was able to put a name to a career that I didn’t know existed.”

DeDreu, a former stage manager for Blue Man Group, found her protégé in Fedorowski. Using her industry connections, she guided him to internships at Chicago’s BoHo Theatre and The Side Project Theatre Company, where he was able to strengthen his craft and gained valuable professional experience. As a sophomore, Fedorowski landed a job as a stage manager for the Chicago Musical Theatre Festival’s production of Stalker: The Musical, and he has stage managed for several Mainstage productions at Columbia.

Now, Fedorowski plans to graduate early and move to New York City, where he will continue his career. “Theatre is not dying anytime soon,” he says.