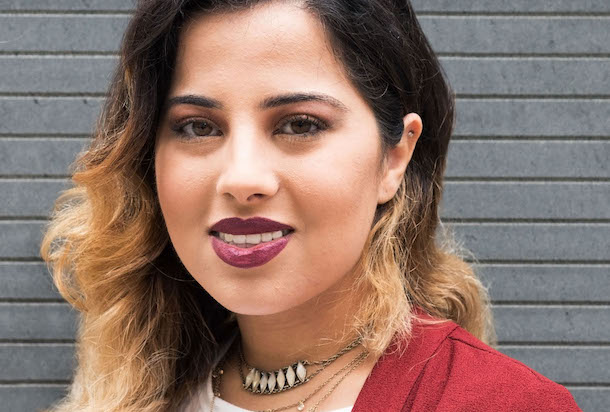 In Zena Salam’s '16 Fashion thesis collection Misconception, one of the outfits is printed with an Arabic word (سوء فهم) that neatly repeats itself around the garment--the word for "misconception." Her fashion collection illuminates her multiple identities as a Muslim and Iraqi-American woman in response to the anti-Muslim rhetoric used during the 2016 presidential election. She received an Albert P. Weisman Award, which helped fund the creation and circulation of Misconception. 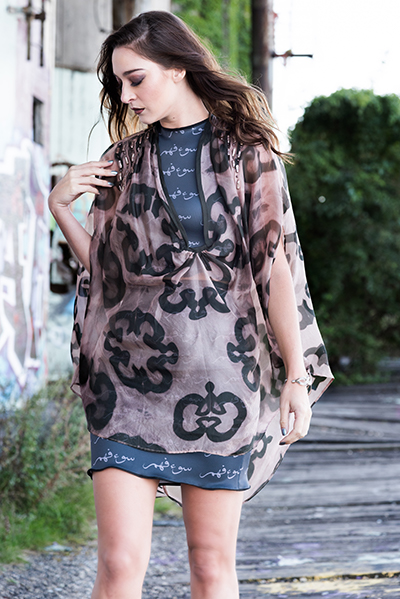 In 2001, Salam and her family immigrated to the United States from Iraq. But after September 11, her family began presenting themselves as “super westernized” to hide their Muslim identities. Her parents told her not to tell anyone she was Muslim. Donald Trump’s presidential campaign reminded Salam of the identity conflict she struggled with as a child.

“Seeing [American prejudice towards Muslims] happen again as an adult made me feel like I was struggling between these two identities,” says Salam. A professor encouraged Salam to use fashion to highlight her struggle and speak to a larger audience. 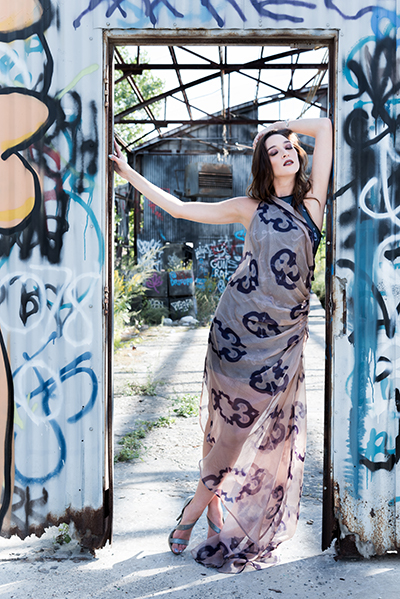 The outer layer is an asymmetrical one shoulder dress with pleats on the shoulder strap and hips. The shoulder has beading. The inside is a sleeveless knit dress with word misconception printed all over it and sheer panels on the stop.

“Misconception, for me, is this feeling when you’re around people and you feel like you don’t belong sometimes,” says Salam. “It’s just this feeling people are judging you, but you have to get over that feeling because it’s who you are and you should be proud. You have two different backgrounds, [giving] you two different outlooks on life, which I think is better than having one.” 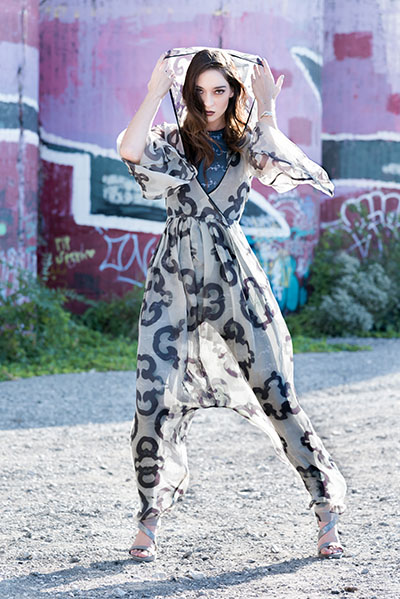 Salam dyed her silk garments using a bleaching technique called Itajime shibori, which reveals hidden colors in the fabric. For instance, the silk cape in the collection was originally green, but the resist-dye revealed a reddish color. After dyeing the silks, she strung a rope across her apartment to dry them. Each outfit represents Salam’s dual identities: The athleisure represents her westernized identity while the silk garments represent her Iraqi and Muslim backgrounds. “[The silk] is who you are, where you come from, and who you will always be,” says Salam.

At the 2016 Albert P. Weisman exhibition, viewers admired Salam’s hand-dyed silks and even asked where they could purchase them. Salam currently works at the Chicago-based men’s tailor Peter Field, but she continues to design and hopes to begin selling silk scarves in the near future. View more of Salam’s work at zenaadesign.com. 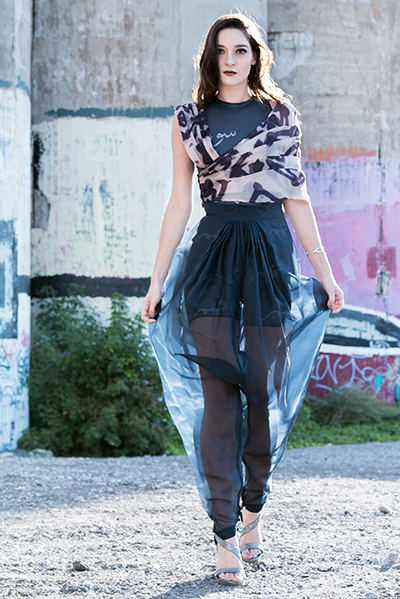 The outer layer consists of harem pants and has covered buttons in the back and a asymmetrical top that’s pleated and closes on the side. The inside layer is a romper that has the word “misconception” printed all over. 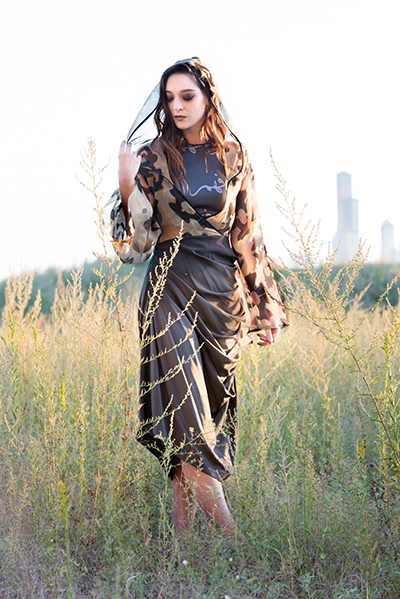 This dress has a silk organza top and a silk crepe bottom. The side of the dress is pleated. The inside is a crop top with sheer side panels. 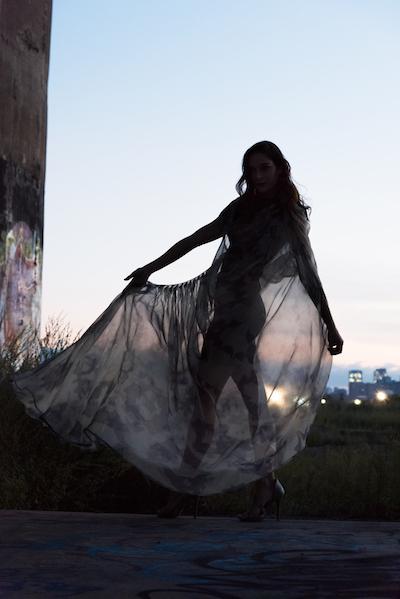 The outer layer is an asymmetrical organza dress with a hood and beading on the shoulder and pleats down the side. The inside a knit dress with the word misconception printed all over it and has sheer panels on the side.