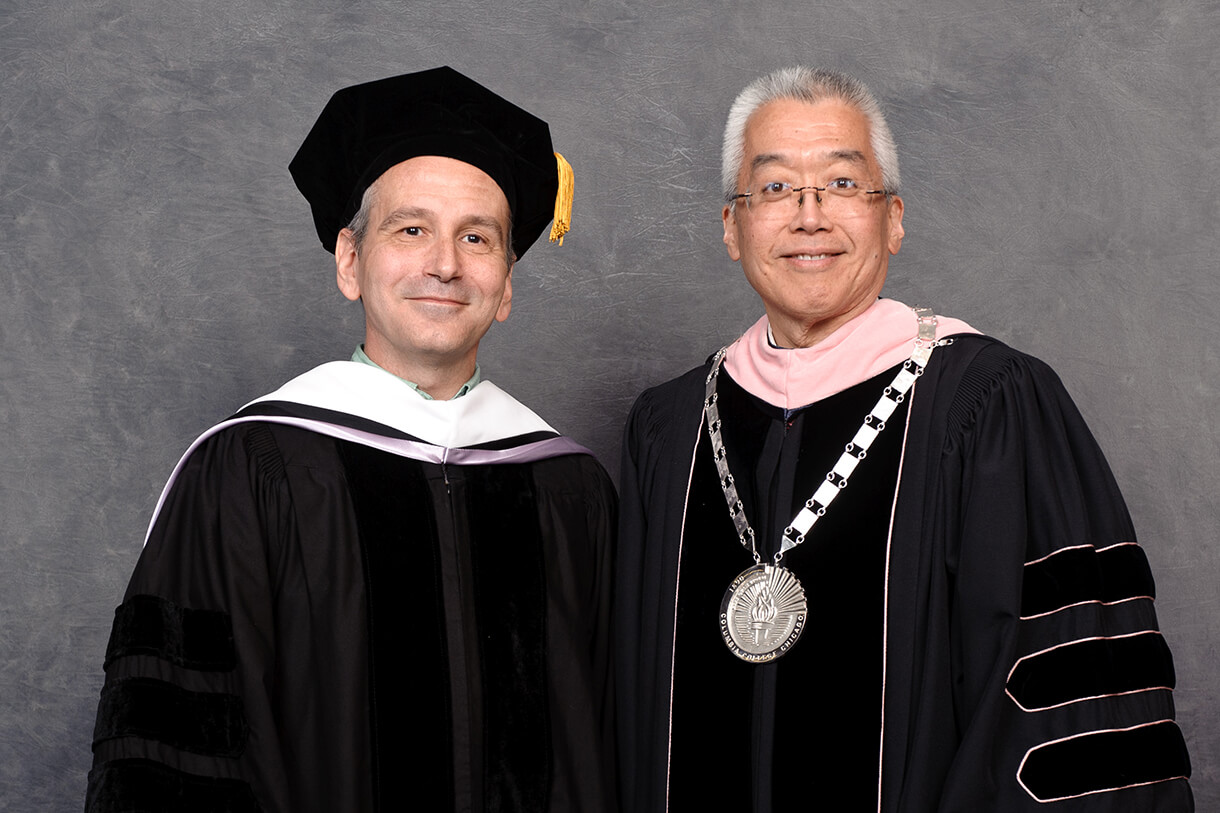 Congratulations to Columbia alum David Cromer, winner of the Tony Award for Best Direction of a Musical for his work on The Band’s Visit at the 72nd Tony Awards on June 10, his first-ever nomination and win. Cromer is a former Theatre student, faculty member, and 2017 Columbia College Chicago honorary degree recipient.

The Band’s Visit, based on a 2007 film about a group of Egyptian musicians who accidentally find themselves lost in a small Israeli town, was nominated for 11 awards and won ten, including Best Musical, Original Score, and several acting and technical awards.

In 2017, Cromer was awarded an honorary degree from Columbia in recognition of his many achievements and great contributions to the Columbia community.

A video of his speech from the 72nd Annual Tony Awards is below: