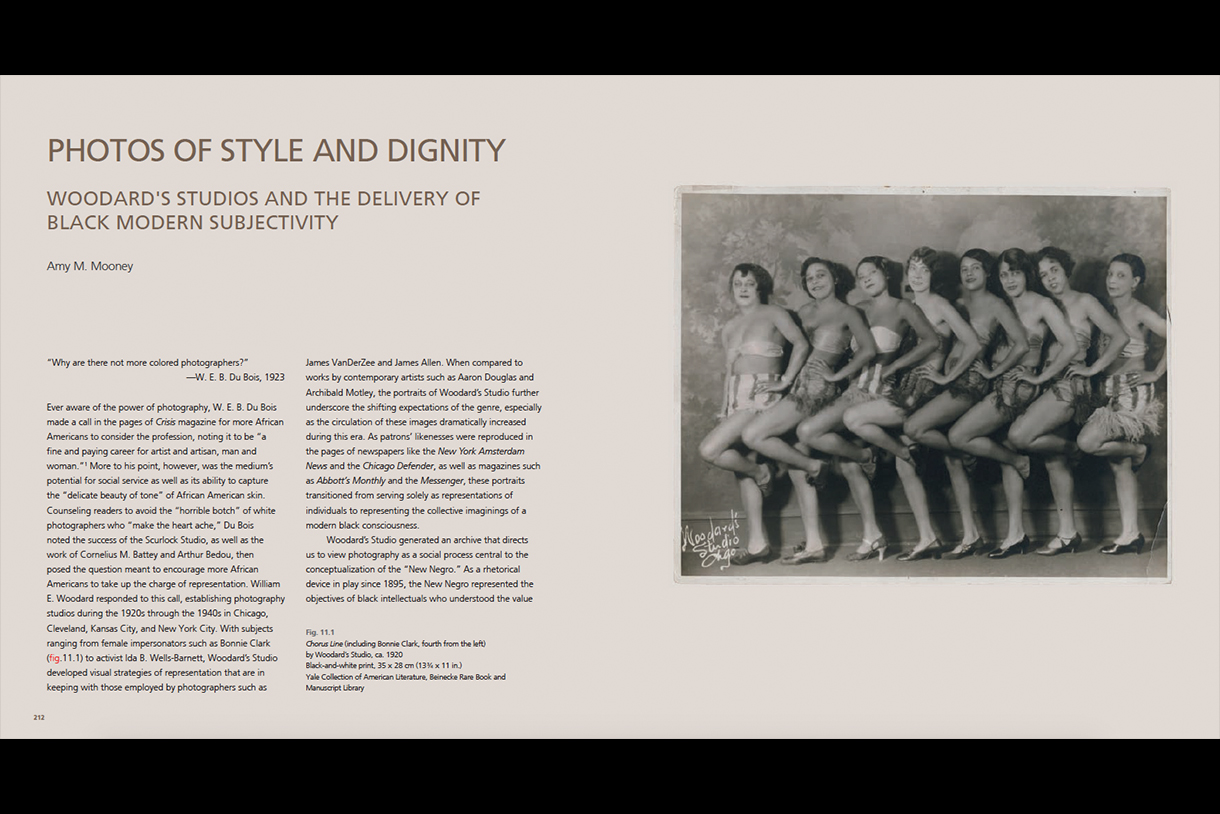 The essay "Photos of Style and Dignity" by Art and Art History Associate Professor Amy Mooney.

Art and Art History Associate Professor Amy Mooney’s essay “Photos of Style and Dignity: Woodard’s Studios and the Delivery of Black Modern Subjectivity” will be included in the book Beyond Face: New Perspectives in Portraiture. A book signing will be part of the Edgar P. Richardson Symposium “New Perspectives on Portraiture” hosted by the Smithsonian’s National Portrait Gallery from Sept. 20-21 where Mooney and other scholars will give presentations on their research.

Beyond Face: New Perspectives in Portraiture, the book where Mooney’s essay appears, is a collection of 16 scholarly texts that “explore the subtle means by which artists—and subjects—convey a sense of identity and reveal historical context.” It examines “a wide range of topics, from early caricature and political vandalism of portraits to contemporary selfies and performance art, these studies challenge our traditional assumptions about portraiture.” Mooney’s essay is a part of a larger examination of Chicago’s African American photography studios, called “Say It with Pictures”: Then and Now. The research and publication of the essay was supported by grants from the American Council of Learned Societies, The Black Metropolis Research Consortium, and Columbia College Chicago.