Associate Professor Carmelo Esterrich’s ‘Concrete and Countryside: The Urban and the Rural in 1950s Puerto Rican Culture’ Now Out Via University of Pittsburgh Press 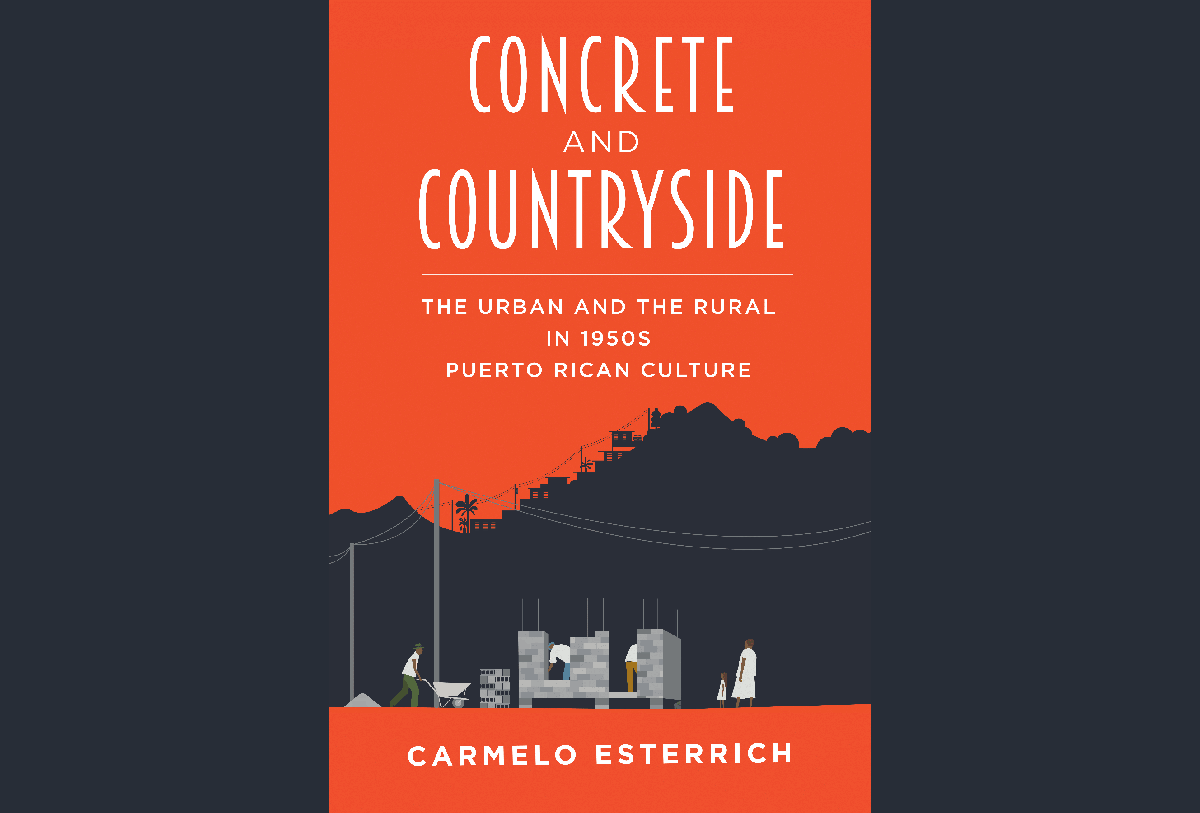 Concrete and Countryside: The Urban and the Rural in 1950s Puerto Rican Culture, the new book from Humanities, History, and Social Sciences Associate Professor—and coordinator of the Latino and Latin American Studies minor—Carmelo Esterrich, was released by University of Pittsburgh Press May 11.

Concrete and Countryside explores the rapid wave of modernization that took place in Puerto Rico from the late 1940s to the early 1960s. Though Puerto Rico had come to be considered an urban society, the island’s government and media continued to represent the island as a rural culture. Throughout the book, Esterrich—who was born in San Juan, Puerto Rico—aims to showcase and examine the juxtaposing depictions of Puerto Rican culture as a way of both understanding and critiquing the changes that began in the midcentury and continue to this day. Esterrich dedicated much of his time to extensive archival work in Puerto Rico as well as New York City, where he studied films, newsreels, newspapers, music, and government documents, to inform his research.

Work relevant to this book can be found in the Centro Journal of the Center for Puerto Rican Studies, where Esterrich examines rurality in 1950s Puerto Rico, and also in the book Song and Social Change in Latin America, where he discusses the role that popular band Coritjo y Su Combo had in bringing awareness to the dilemma of modernization and rural-urban migration, particularly when it came to Afro-Puerto Ricans and the working-class.

Concrete and Countryside can be purchased via the University of Pittsburgh Press.