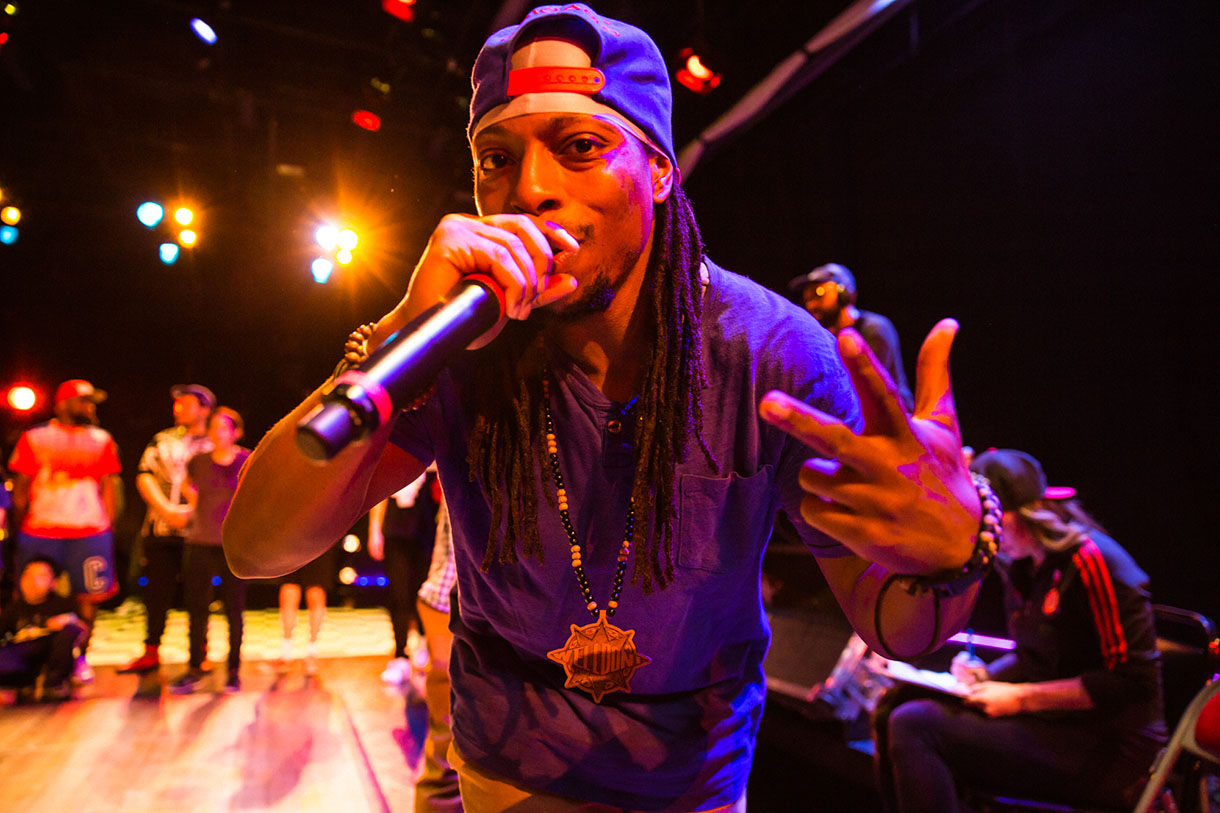 Several members of the Columbia community are included in Newcity’s annual list of the top 50 performing artists in Chicago, “Players 2018: Top Fifty People Who Really Perform for Chicago.” These Columbia alumni and faculty members are industry leaders in Chicago theatre, dance, and the performing arts who created "art that helped things feel bearable or even, occasionally, bright" this past year.

Daniel “BRAVEMONK” Haywood joined the Dance faculty in the Fall ’17 semester and is now teaching Columbia’s first class on breaking, one of many courses part of the newly launched Hip-Hop Studies minor. A longtime hip-hop artist and instructor, the Chicago native was a Chicago Dancemakers Forum Lab Artists Grant recipient in 2017. With his Dance faculty member Kelsa “K-Soul” Robinson, Haywood launched BraveSoul Movement to bring “street dance to wider audiences and [build] community through art making.”

Dance faculty member and artistic director for The Seldoms Carrie Hanson makes the list for creating timely work. According to Newcity: “Hanson and her company The Seldoms charge headlong into the most uncomfortable topics at the center of our cultural conversation—capitalism, environmental devastation and, over the course of three shows in as many years, power itself—with a studious approach to dance theater that moves the mind by stirring the senses.”

Theatre alum Gus Menary ’08 is the artistic director of Jackalope Theatre, where “he has made his company’s name synonymous with a brand of new work that never fails to excite.” Jackalope Theatre, which is featured in DEMO 27, was co-founded with fellow alums (Kaiser Ahmed ’08 and AJ Ware ’08) as a senior class project in their Management Techniques for Theater class. This year, Menary will direct the world premiere of Ike Holter’s “The Light Fantastic.”

Alum Anna D. Shapiro '90, who was also a 2015 Honorary Degree Recipient, is the artistic director of Steppenwolf Theatre Company. In her first years, Shapiro has made significant changes to the company’s programming and its physical spaces. Under her leadership, Steppenwolf “continues to reach out to younger audiences…accenting the company’s accessibility mission.” In the 2017-18 season, Steppenwolf promises world premieres by Tracy Letts, Aziza Barnes, and Matthew-Lee Erlbach.

Last year, Theatre part-time faculty member Vanessa Stalling adapted and directed The House Theatre’s award-winning production “United Flight 232.” In January, she will direct “The Wolves” at Goodman Theatre, followed by a reading of Isaac Gomez’s “PerKup Elkhorn” for Jackalope Theatre’s reading series “Circle Up” in partnership with The Chicago Inclusion Project. Stalling is also an assistant professor of directing at the University of California San Diego.

Part-time Dance faculty member and 2017 Dance/USA Leadership Fellow Vershawn Sanders-Ward is also included in the list, highlighting her Fuller Park-based company Red Clay Dance, which Sanders-Ward founded in 2008. Its mission is to "awaken 'glocal' change through creating, performing and teaching dances of the African Diaspora–change that transforms cultural, and socio-economic imbalances in our local and global community."