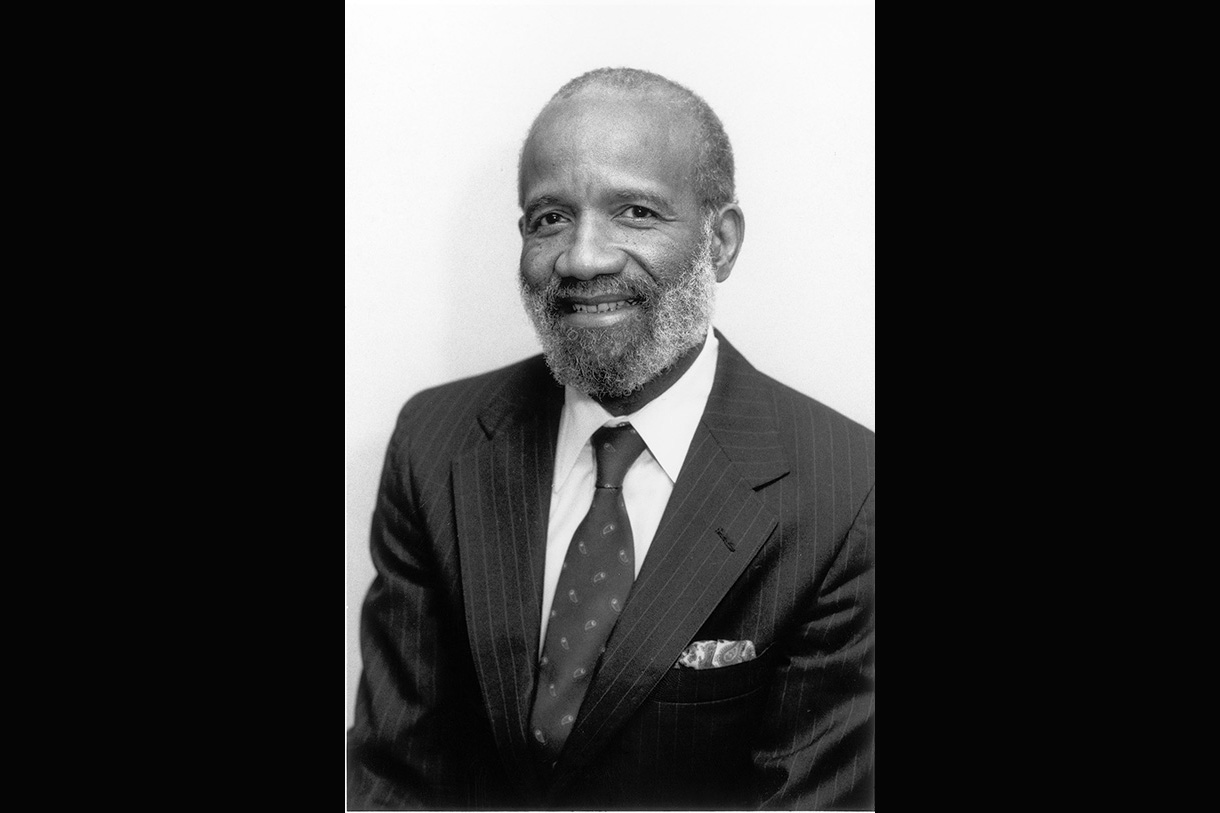 Bennett was elected to Columbia’s Board of Trustees in 1987 and served in that capacity until May 2007, when he was elected trustee emeritus in recognition of his service to the institution. He was secretary of the Board from 1992 to 2001 and was elected a lifetime trustee in 2001.

“He led a truly remarkable life, and his record of journalistic accomplishment and social engagement exemplifies the highest educational ideals of our college,” said Columbia President and CEO Kwang-Wu Kim.

Bennett was born in Clarksdale, Mississippi on Oct. 17, 1928, the son of Lerone Bennett Sr. and Alma Reed. When he was young, his family moved to Jackson, Mississippi where he attended segregated schools as a child.

Bennett received his undergraduate degree from Morehouse College in Atlanta, Georgia, where he edited the student newspaper and went to school with Martin Luther King Jr. Bennett was a journalist for the Atlanta Daily World and served as city editor for Jet magazine, whose founder John H. Johnson, founded its parent magazine, Ebony, in 1953. Bennett was named associate editor of Ebony in 1954, and later was promoted to executive editor, serving in the position until 2005.

Bennett was the author of ten books, including an award-winning early biography of Dr. Martin Luther King Jr., What Manner of Man (1964). His poetry and short stories appeared in many books and periodicals, and his work was translated into French, German, Japanese, Swedish, Russian, and Arabic. Bennett received national attention for his first book Before the Mayflower: A History of Black America (1962), which began as a series of essays in Ebony on race, slavery, and discrimination.

Bennett received numerous awards, including the Martin Luther King Jr. Center's Salute to Greatness Award and the Literature Award from the American Academy of Arts and Letters. He lectured on Black history and American culture at colleges and universities and was a visiting professor of history at Northwestern University.

He was a delegate to the Sixth Pan-African Congress in Tanzania in 1974 and the Second World Festival of Black and African Art in Nigeria in 1977. Bennett was named to the President’s Committee on Arts and the Humanities in 1994. He served as a Morehouse trustee and as an advisor to several national organizations and commissions, including the National Advisory Commission on Civil Disorders (more commonly known as the Kerner Commission). He received honorary doctorates from 14 colleges and universities.

Bennett's wife, Gloria, was a Jet journalist who passed away in 2009. His son, Lerone Bennett III, passed away in 2013. He is survived by his three children, Alma Joy, Constance, and Courtney.