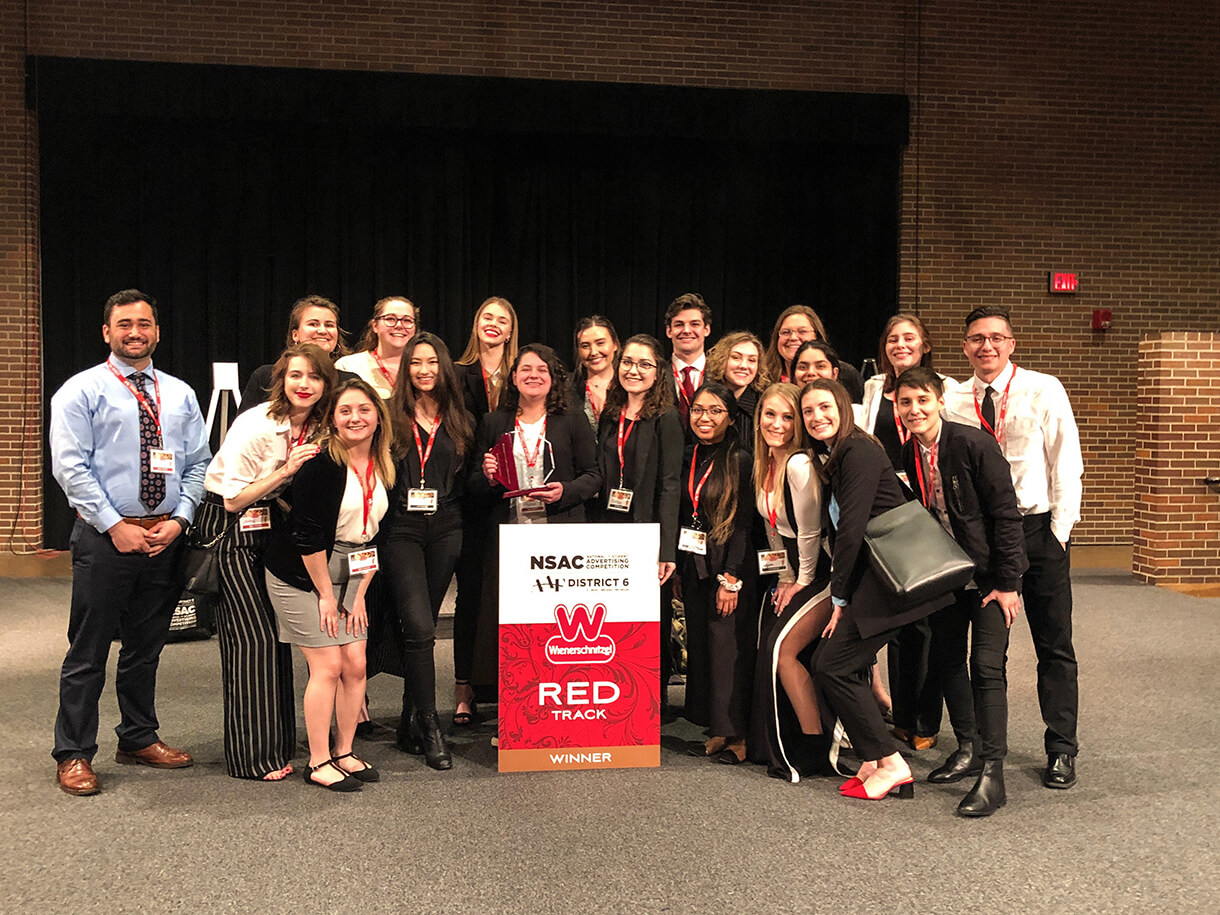 CHICAGO—May 17, 2019. The 2019 National Student Advertising Competition (NSAC) regional title has once again been awarded to Columbia College Chicago students. The student team will compete with seven other schools in the national finals which will be held on June 6 and 7 at the “AdMerica”/AAF National Conference in Hollywood, Florida.

Sponsored by the American Advertising Federation (AAF) and this year’s national client, Wienerschnitzel, the Columbia semi-finalists were selected on April 12 along with 19 top competing college teams from around the US.

The winning students are part of the college’s ADVE 481 Campaign Practicum interdisciplinary course, which brings together students from diverse majors including Cinema Arts and Television, Design, Fashion, Public Relations, Creative Writing, and Advertising.

Associate Professor Peg Murphy, instructor and advisor for the winning NSAC team said, “This is a distinctive and winning formula, modeling what students will do in the real world working for brands, agencies, and more. Students from different backgrounds with different talents come together to create an amazing, integrated campaign and this is what makes Columbia great.”

While many of the schools participating nationwide worked for two semesters from mid- to late-August, Columbia’s team prepared for the competition in just one semester, Murphy added. Within this short period of time, Columbia students conducted secondary research into the category, competitive, and brand analysis; fielded a mixed methodology primary research including digital surveys, observations, projective techniques, in-home interviews, social media listening, and more.

After several rounds of concepting, the students arrived at a winning campaign idea that spanned many platforms and fields including digital advertising, mobile, social, public relations, brand activations, influencer marketing, brand integrations, and others. The team also used industry-standard resources such as Kantar and Nielsen to develop a robust media plan, calendar, and realistic total program budget. Students completed the advertisement campaign with a thorough strategic measurement and analysis plan.

This will be the second year in a row where a team from Columbia competed in the finals. At last year’s competition, Columbia students won Best Plan Book nationally and placed 4th overall nationally.