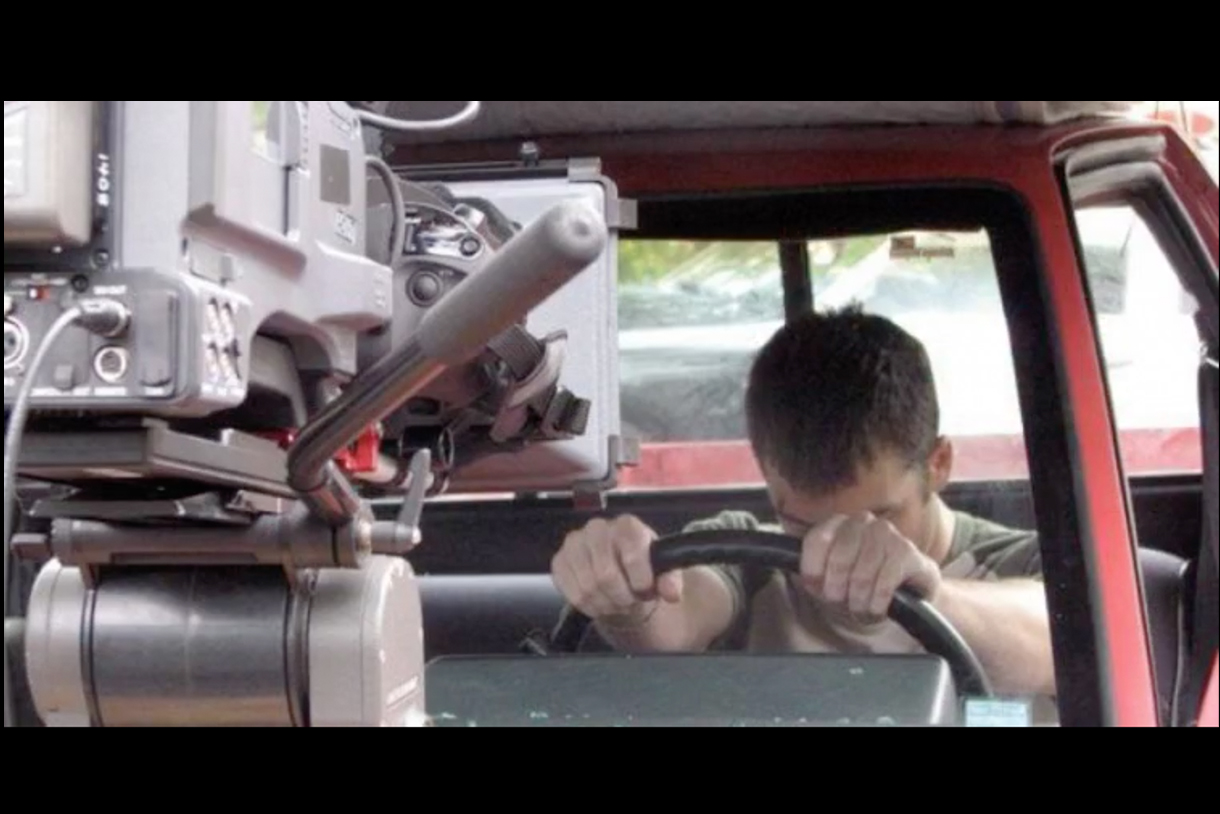 A still from the short film "Jesse James."
Steiff's short film, "Jesse James," won Best of LGBTQ+ Film at The Santa Fe Film Festival and will be screened around the country.

In "Jesse James," two lovers must confront the limits of their relationship and the consequences of loss in the time between a neighbor calling the police and the police arriving at the scene of a domestic dispute.

For director Steiff, the film presents an opportunity to discuss subjects that are often not broached on screen. "Just as in heterosexual relationships, domestic violence in queer relationships is often hidden, at least until it can be no longer," Steiff says. "My hope is that “Jesse James” serves as a reminder that love is complex and complicated; that domestic violence among gay couples does exist even if it is not readily visible." The film incorporates mythology, fables, and narratives from other cultural touch points in its exploration of these difficult themes.

Festival information can be found here: