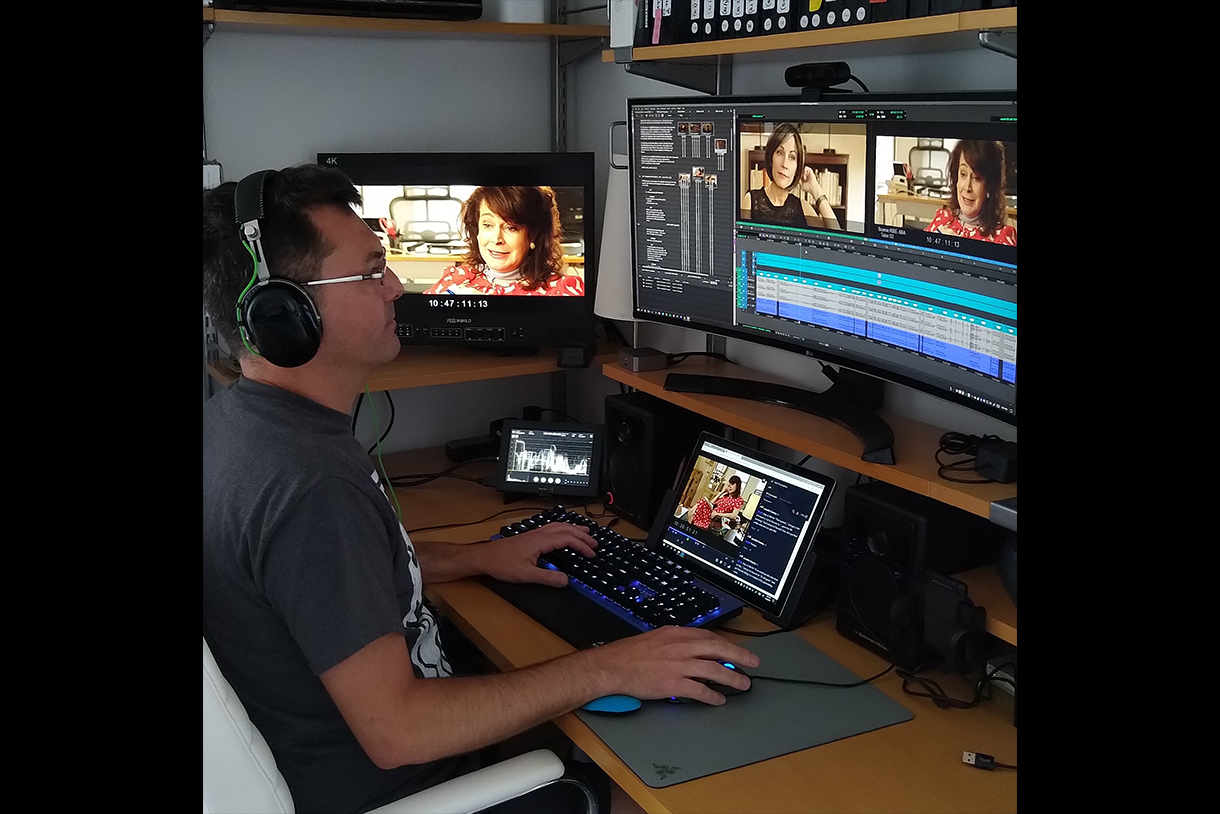 Wayne Kumingo Editing
The film, which previously premiered as a part of the LGBTQ+ Film Festival qFLIX, is getting its global premier on the streaming platform Lesflicks.

Columbia College Chicago is pleased to announce that the film Rain Beau's End, edited by Cinema and Television Arts Adjunct Instructor Wayne Kumingo, will be streaming online via Lesflicks beginning March 8, 2021. There will also be a cast and crew live stream on March 8th beginning at 2pm CST.

Rain Beau's End tells the story of two women who adopt a child with a genetic condition and behavioral issues. It is a story of grappling with the unexpected and coming to terms with accepting the unforeseen.

The film has had a successful run on the festival circuit. It won the audience award at the 2020 qFLIX XL Film Festival and was accepted into the 2021 Garden State Film Festival, which will take place from March 23rd to March 28th, 2021.

The trailer for the film can be seen here. This is the official site for the film. You can find the film's page on Lesflicks here.