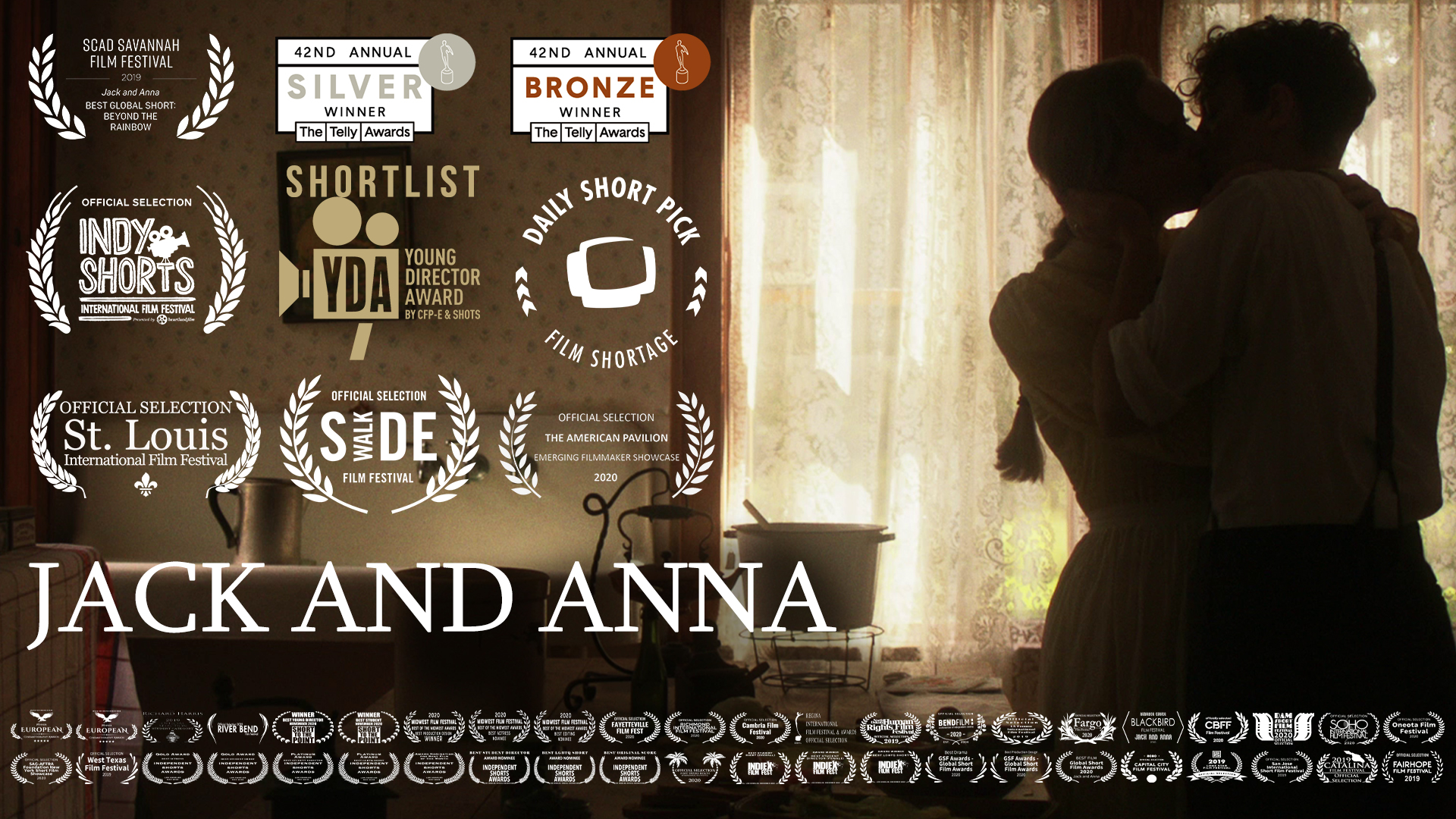 Jack and Anna, Avonavi's thesis film, has screened at over 40 festivals

Ksenia Ivanova graduated from Columbia with a Directing MFA in 2019 and uses her screen name, Kseni Avonavi. For Avonavi, receiving a master’s degree was a long-term goal, but she was able to attend Columbia with a tuition assistantship and it was a dream come true.

Jack and Anna is Avonavi’s graduate thesis film. From the very beginning, Jack and Anna has been a challenging project on every level of production. It’s a period piece, so Avonavi had to find funding for the actual production that included historical locations, costumes, and props. Columbia supported her with equipment, including an ARRI Alexa camera. Moreover, Avonavi received a Production Fund grant that covered post-production expenses.

Most importantly, this project was made possible because of all the amazing people involved – the crew were primarily Columbia's students and alumni, and Columbia’s instructors who advised production in the most crucial moments.

Jack and Anna screened at over 40 festivals including the Academy Award®- qualifying 28th St. Louis Film Festival, the Academy Award®-qualifying Indy Shorts International Film Festival, and the American Pavilion Emerging Filmmaker Showcase at the Cannes Film Festival. It won the Best Global Short: Beyond the Rainbow Award at the 2019 SCAD Savannah Film Festival and has been nationally recognized at the 42nd Telly Awards garnering Silver and Bronze Awards. Founded in 1979, the Telly Awards honors excellence in video and television across all screens. This year's winners range from Netflix, Microsoft, Condé Nast, HBO Latin America, and Nickelodeon to BET Digital, Adobe, Playstation, BBC Global News, and PAPER. Jack and Anna was also shortlisted for the Young Director Award, Cannes Lions.

Jack and Anna is now available now on two platforms, Film Shortage and Beyond the Short.