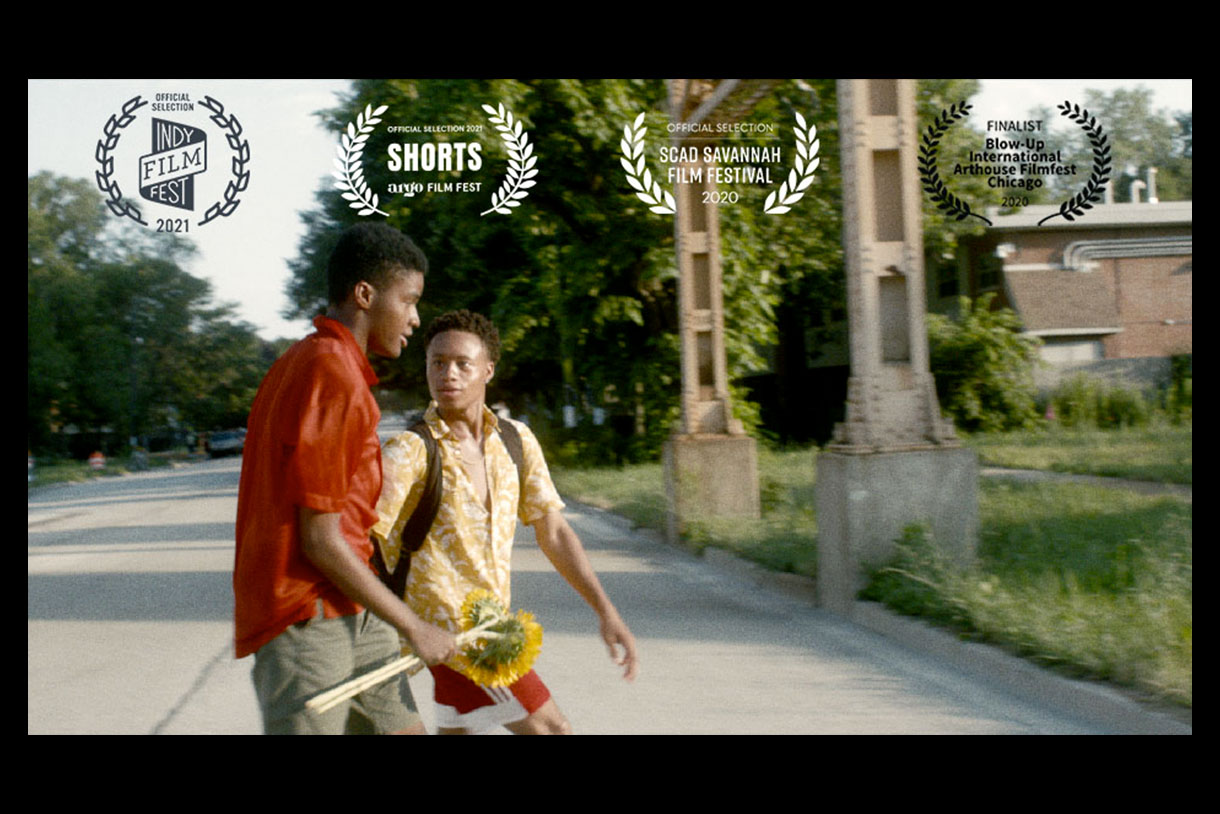 CTVA student Daniel Kayamba has a new short film that has been honored at two film festivals.

In "Flowers and Bikes," which was written and directed by Kayamba and produced by Sasha Rosenberg, a first date and a stolen bicycle cause the worlds of two sets of teen brothers in the Southside of Chicago to collide in unexpected tragedy. The trailer for the film can be seen here.

Kayamba is a Chicago-based filmmaker from Portland, Oregon, who was born in the Democratic Republic of the Congo. As he says on his website, he "aims to explore and document the lives of minorities through his work." Kayamba is committed to creating positive change in his community. In 2018, he co-founded Rolling Tapes Film and Art Festival in Portland, Maine. "Flowers and Bikes" is his latest film.

Inquires regarding this film can be directed to Kayamba directly at danielkayamba0@gmail.com.