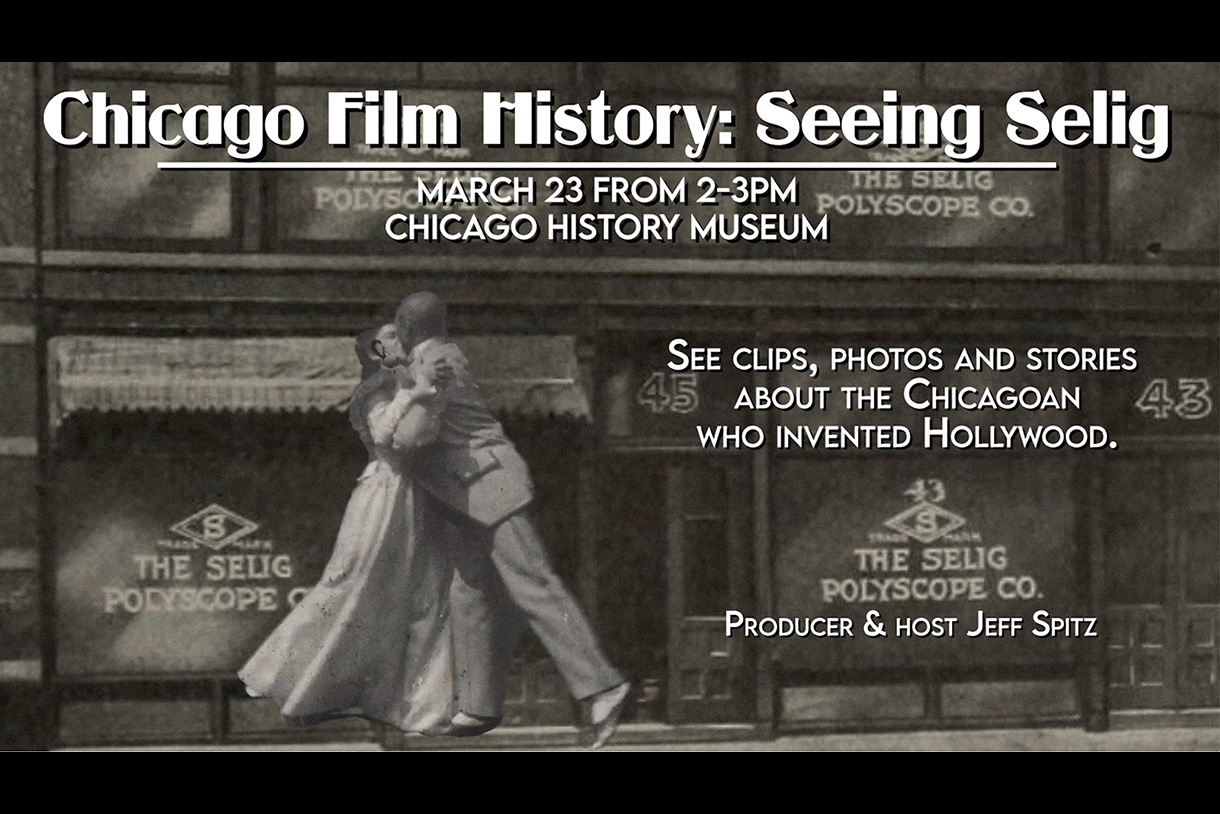 Join Emmy-award winning documentarian Jeffrey Spitz, associate professor in Cinema and Television Arts at Columbia College Chicago, for an interactive presentation on Chicago film history at the Chicago History Museum on March 23, 2 to 3 p.m. The presentation, which will include clips as well as discussion, will focus on William Selig, a moving picture pioneer in the late 19th and early 20th centuries. Selig built the largest motion picture factory in the United States on Chicago’s North Side, establishing more than 100 full-time jobs and new genres of entertainment, including the first adaptation of “The Wonderful Wizard of Oz.” Until recently, Selig’s work had been largely forgotten, but thanks to recent discoveries and research, his work and influence are being brought to light.

Fun fact: In his research, Spitz discovered that Selig filmed one of his earliest projects — “Something Good—Negro Kiss” — in a storefront studio located at what is now 8th street – the very location where Columbia’s Student Center stands today.

This event, held at the Chicago History Museum, is free, but registration is required.