Columbia’s DocYourWorld Festival Hosts Events in April and May 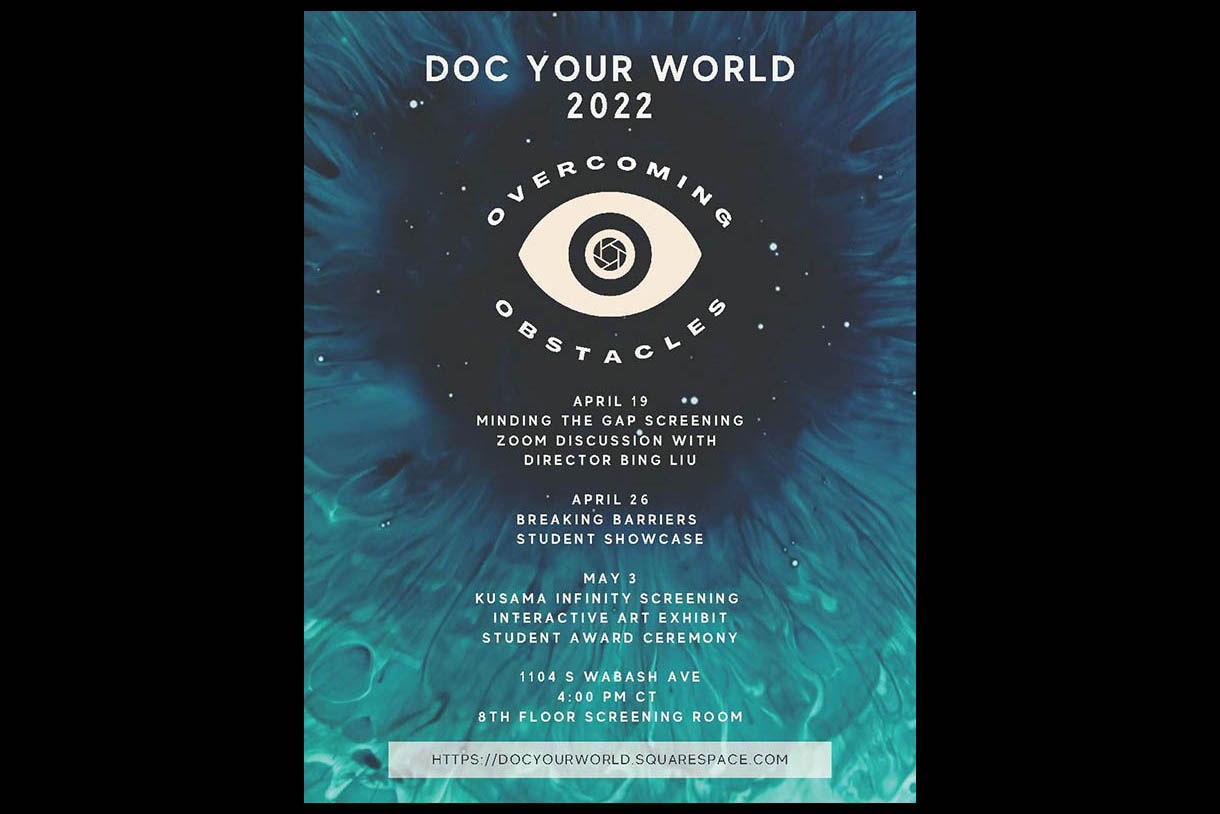 This year’s annual student-run documentary festival, DocYourWorld, kicks off Tuesday, April 19, at 4 p.m. with a virtual Q&A session with director Bing Liu on his film Minding the Gap, which was nominated for Best Documentary Feature at the 91st Academy Awards. Other events will include the Breaking Barriers Student Showcase on April 26 and on May 3 a screening of Kusama: Infinity followed by a conversation with director Heather Lenz, both of which will be held at 1104 S. Wabash, 8th Floor, Film Row Cinema.

The 2022 DocYourWorld theme is “Overcoming Obstacles.” The focus will be on nonfiction student-made short films that are stories of overcoming social and personal barriers.

The line-up for the Student Showcase on Tuesday, April 26, 4 to 6 p.m., at Film Row Cinema is as follows:

Former documentary students will discuss their professional work since graduation:

RSVP for April 26 and learn more about all DocYourWorld events here.