The paintings of Martha Wade MAM '09 will be displayed at The United Club at O'Hare Airport through the month of February.

Columbia College Chicago would like to congratulate Martha A. Wade MAM ‘09, who has been selected by United Airlines as one of eight artists to have their artwork displayed at airports nationwide during Black History Month.

Wade is an award-winning visual artist from Chicago and former Adjunct Professor of Columbia’s Business and Entrepreneurship department. She has created more 200 paintings on wood and canvas, and her work can be found in private homes, galleries, shops, museums and collections around the world.

“For Black History Month, we’ve partnered with BEACON, our Black Business Resource Group, to recognize Black artists by displaying their work at United Club locations across the country,” according to a press release issued by United. “Each hub, plus New Orleans, will host three beautiful pieces of art created by talented local artists. If you’re traveling through one of these airports in February, we encourage you to stop by a United Club to get a closer look.” 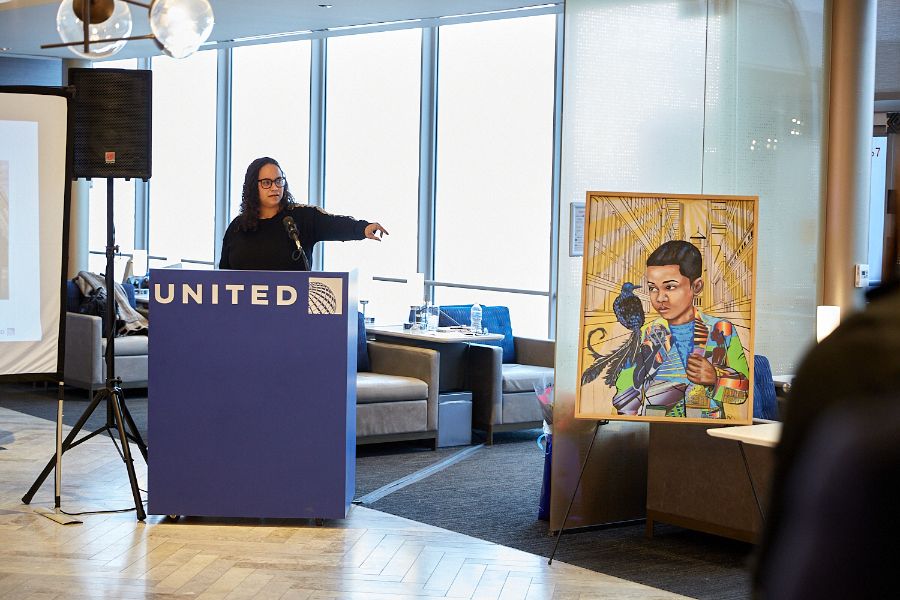 The following artworks from Wade will be displayed at The United Club at O'Hare Airport:

From February 17-20, Wade’s work will also be featured at the Goodman Theatre as part of their Hidden Gems: A Celebration of African American Artists & Art throughout the run of their current production of August Wilson's Gem of the Ocean.

For more information on the other featured artists, visit United’s website.