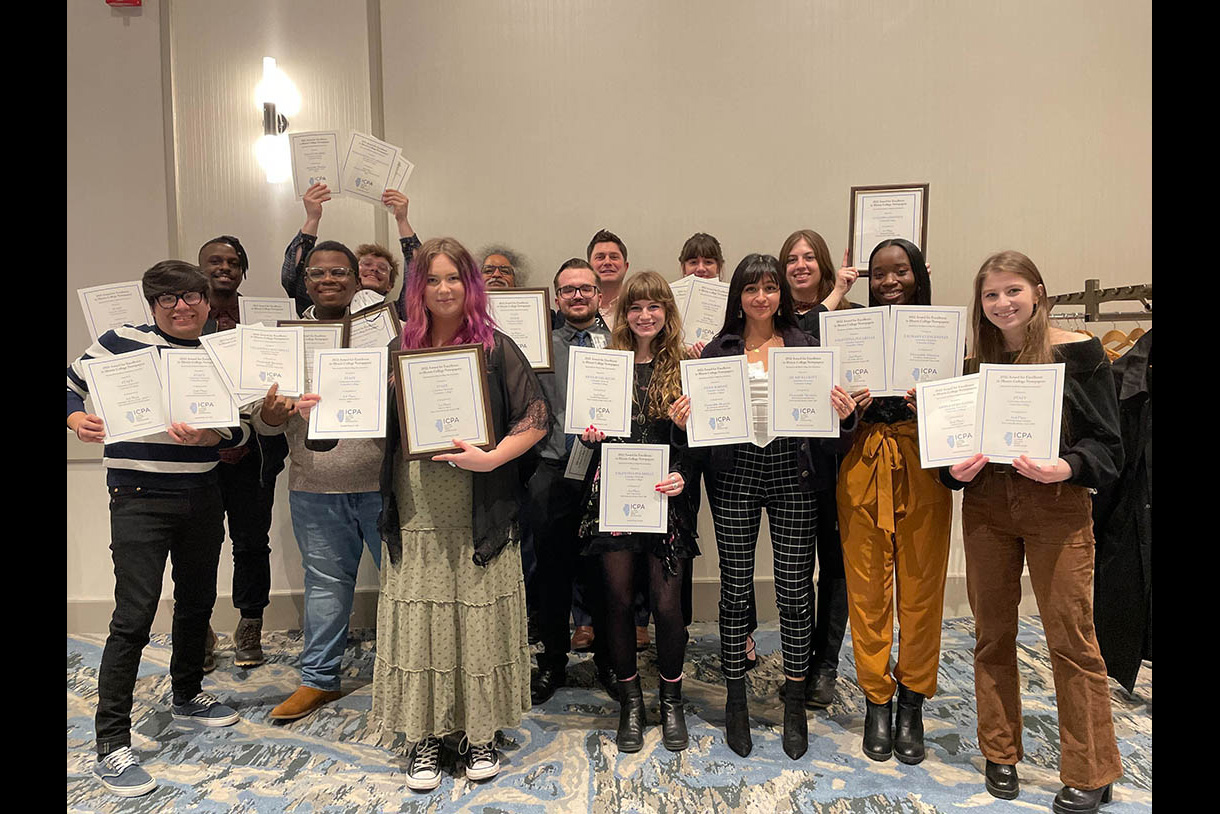 The student staff of the Columbia Chronicle earned 29 awards at the Illinois College Press Association’s annual convention held this past weekend in Chicago. The Chronicle won first place in seven categories, including the Sweepstakes award, for points earned across all contest categories.

The 2021 awards, announced March 19, covered work produced between Dec. 1, 2020 to Nov. 30, 2021. There were 27 competing schools and 769 contest entries submitted. The Chronicle competed in both “Open” categories among all schools and in the “Non-Dailies (enrollment) More Than 4,000” competition.

In most categories, each news organization could submit two entries. The Chronicle swept the competition in three categories, earning both first- and second-place recognition.

Congratulations to the Chronicle team and to all the award recipients!