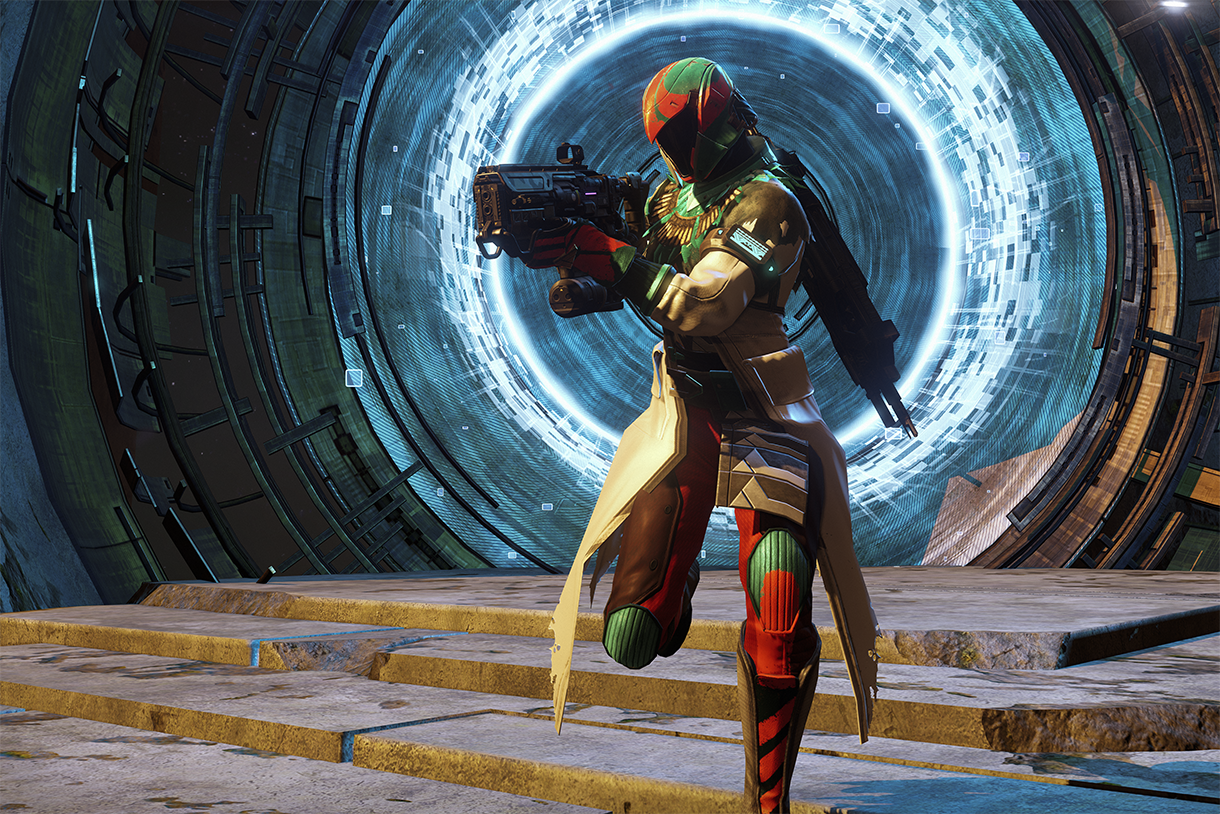 This story has been adapted from a feature in the upcoming issue of DEMO magazine.

The booming game design industry, worth more than $20 billion in the US, is rapidly evolving—and Columbia College Chicago grads are prepared to weather the fluctuations. Here, four of Columbia’s game grads sound off on their industry careers.

Noah Johnson (BA ’11), one of the very first Game Design grads (who now teaches in the college’s Interactive Arts & Media Department), leads a collaborative technical art team at InContext, a Chicago-based 3D simulation/visualization company. There, he creates digital simulations of real retail environments, which are then used for market research. “It’s what we call ‘serious games,’” he says. “For Kraft, we might be building a shelf full of Kraft macaroni and cheese along with products from their competitors. We have [consumers] move through [the space], and we gather data the whole time. It's more interactive than giving people static surveys.”

John Favaro (’09) is an investment systems designer at the major game studio Bungie (creator of Halo), developing the awards and achievements that keep people playing. “I spend eight hours a day making games, and then I come home and I play games for fun,” he says. “Even a game you don’t like can teach you something. You won’t always be able to make the game you want to make. You may wind up getting a job making Barbie’s Horse Adventures when you really want to make an action [role-playing game], but you have to love your job to eventually succeed in it.”

Recent graduate Emily Saliba (BS ’15) is a teacher for New York-based nonprofit Girls Who Code, an organization that teaches computer science skills to high school girls. “I thought I was getting a pretty good education, but then as soon as I left [school], I was like, ‘Okay––it was really good,’” says Saliba. “I was at my job training with tons of other women (and a couple of men) who were going to be teachers for the summer with me. I was really intimidated because some of them were in grad school or had PhDs.” But as they began to work together, she realized she was keeping up with them.

Even though her newly-minted degree was in “hard” science, Saliba describes the “soft” skills, such as emotional intelligence and team dynamics, she learned at Columbia as invaluable. “That's something you can't get out of a textbook or by learning online yourself.

Austin, Texas-based Roel Sanchez (BA ’12), who concentrated in Game Sound Design, is now a senior audio artist for BioWare, a division of leading game company Electronic Arts. BioWare’s titles include the hugely popular––and critically acclaimed––Mass Effect series, as well as Star Wars: Knights of the Old Republic and Dragon Age. He says Columbia was the ideal training ground for his work, which depends heavily on collaboration with others. “The progression of the courses and especially the large team project really prepare you for the environment and the scenarios you’re going to encounter in game production,” he says. “It’s chaos, but it really gets you in the right mindset. I’m still applying the same things I learned there every day at my job.”