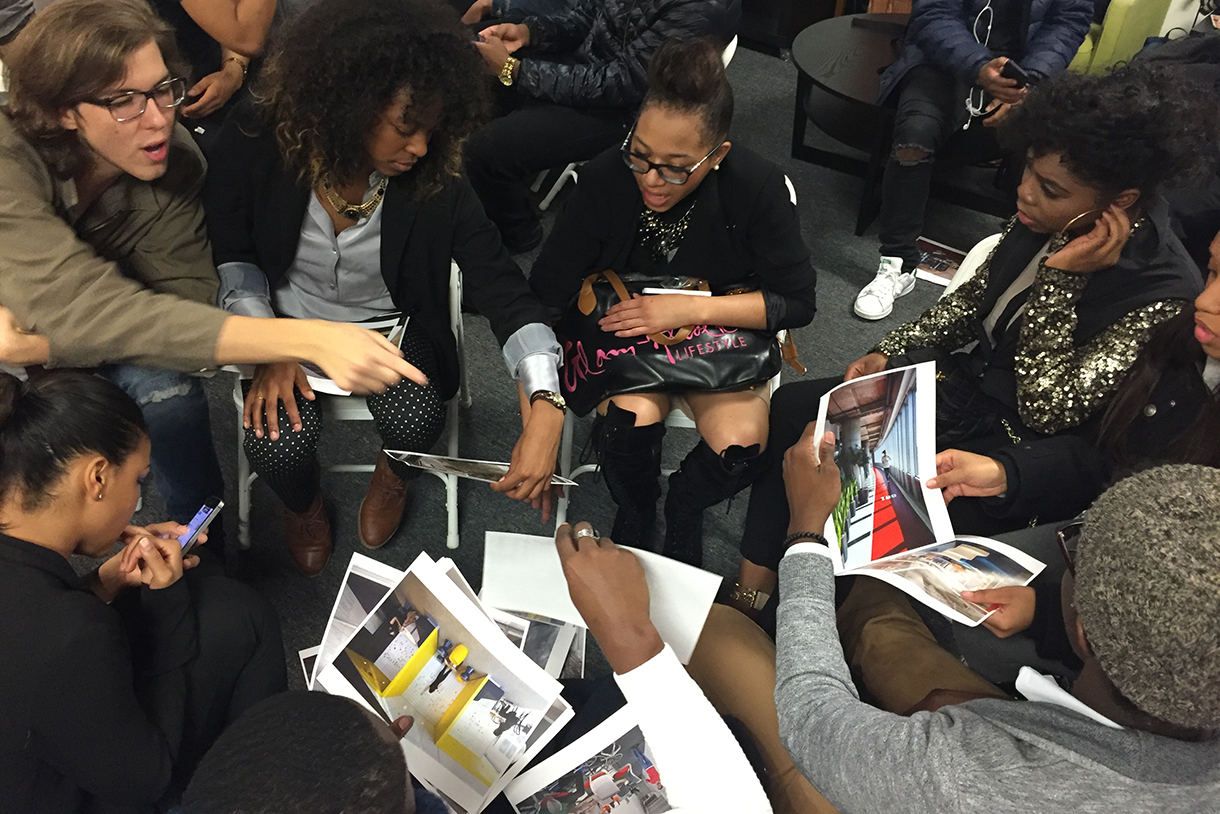 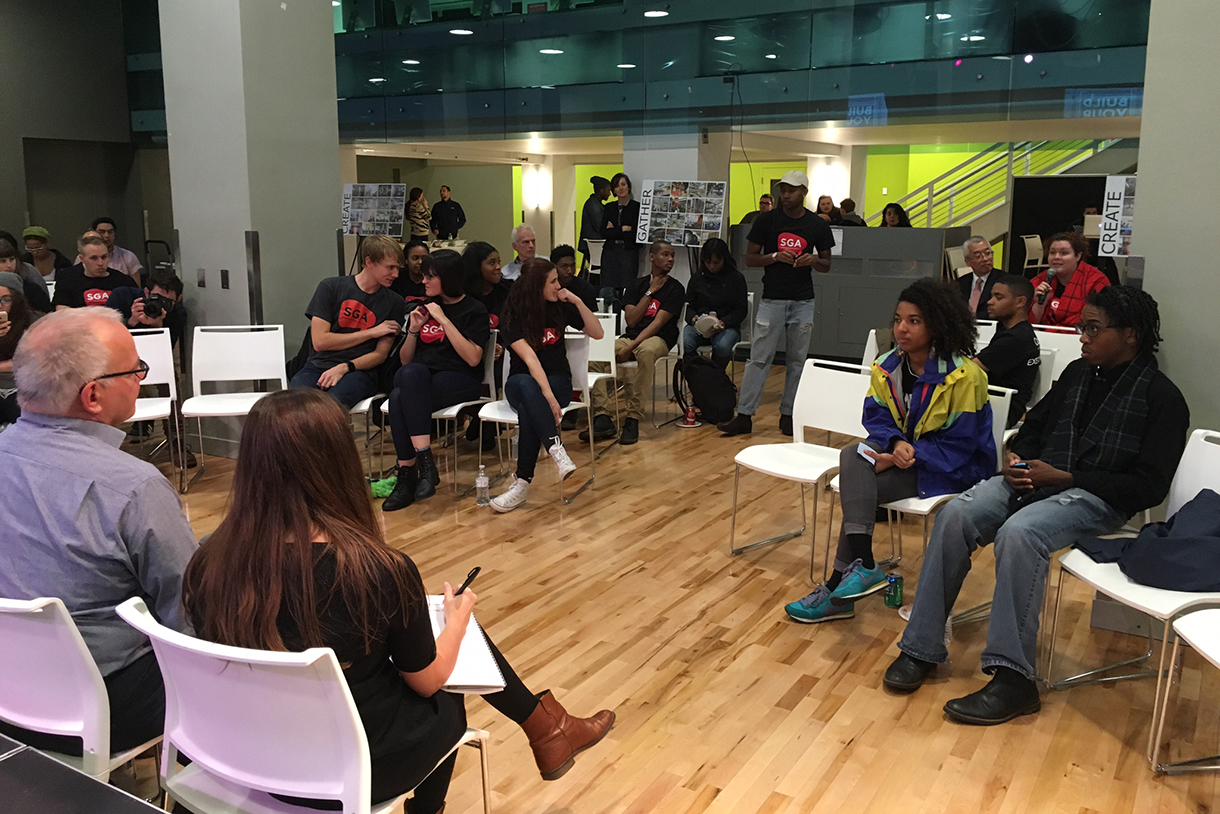 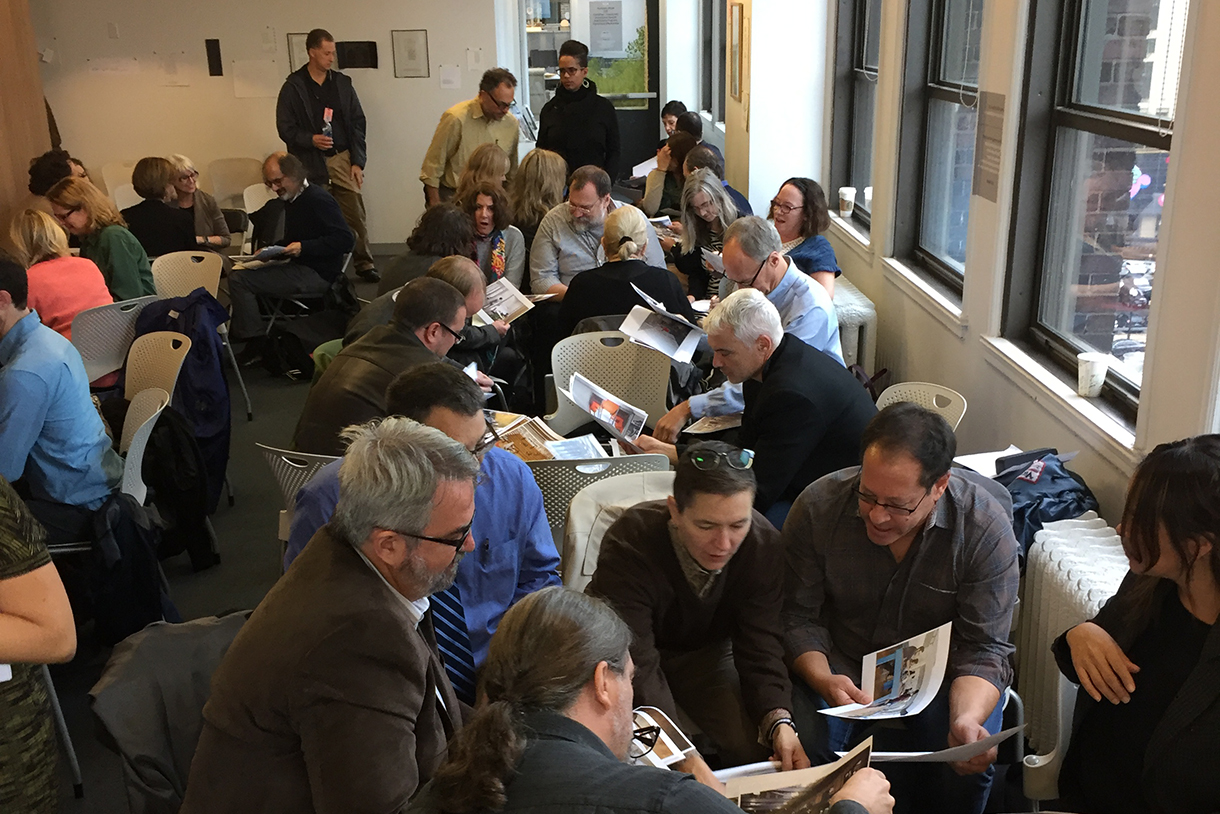 Plans for the new Student Center are fully underway as Columbia College Chicago continues its nine-week “programming” phase. This phase includes the various “Dream Out Loud” sessions that have occurred across campus, where many of the initial ideas for the Center were generated, and will culminate in a final, detailed program book with cost model by the end of January 2016.

“The thing that excites me most is the interdisciplinary nature of the approach and the truly and wonderfully student-centered focus. It’s just incredible,” said Kari Sommers, Student Life associate dean and member of the Student Center Advisory Group.

The programming phase also makes real, for the first time, the development of a long called-for large-scale, dedicated student space after more than a decade of advocacy by students and supporters. With widespread support and appeal, the idea for the Center was bolstered by the Strategic Plan, allowing for substantial planning and full-scale commitment by the college to ensure its development. When the Board of Trustees approved the proposal for the Center, next steps were swift and highly fruitful.

“The Board of Trustees really embraced this because this has been a conversation for a long time here, and it has never advanced all the way through,” said President Kim. “This time it’s different.”

Stephen Chaney, president of the International Student Organization and the first-year student representative for the Advisory Group, says students are excited about having a common hub to see event postings, accessing food outside of the University Center’s offerings and interacting with other students regardless of their major or housing.

SCB compiled information from the “Dream Out Loud” sessions into a preliminary program preview and presented their findings to President Kim, Chairman of the Board Dick Kiphart and the Student Center Advisory Group on Dec. 10. This preliminary program will continue to be reviewed by President Kim, the Advisory Group and original user groups to identify and evaluate potential usages and the possibility of a multi-purposed, reconfigurable shared space until the building’s programming is finalized.

When asked if there were any major changes to his vision of the Student Center after the “Dream Out Loud” sessions, President Kim said he was no longer convinced that the new building should be an all-in-one shop for Student Services, as students made it clear they wanted the space to be dedicated to programming as much as possible.

“In a school with many needs, this was a real top priority for students,” said President Kim. "They have said to me since I’ve been here that they feel there is a disparity between the language of collaboration and the curricular reality.”

The guiding principles for the preliminary program preview include:

The SCB team met with the following student, faculty and staff groups from Nov. 16-20:

SCB expects to continue this review process as they finalize the program book and cost model for major spaces within the new Student Center, which will be completed at the end of January.