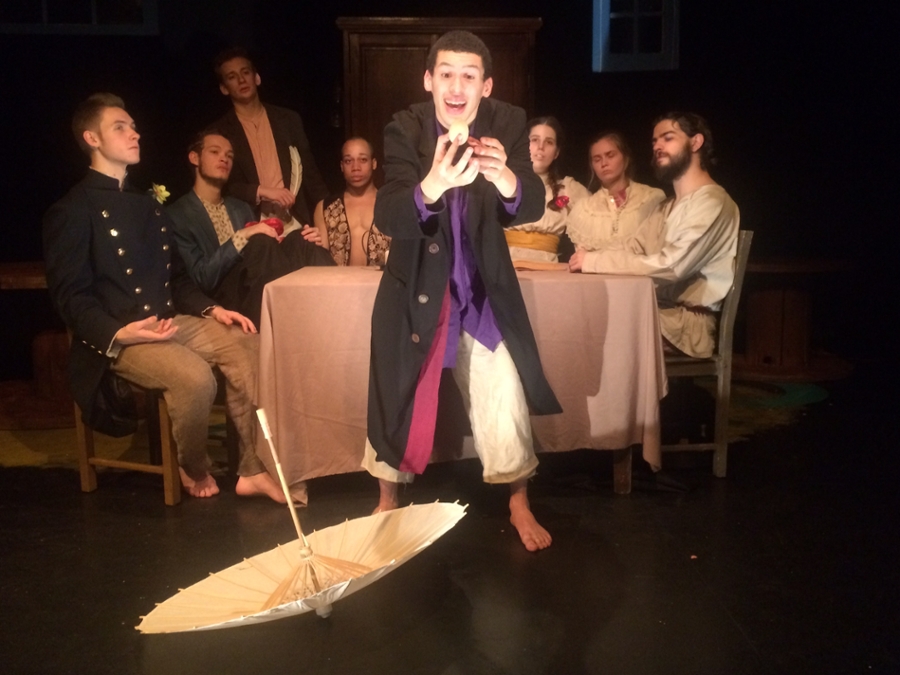 Students from Columbia College Chicago’s Theatre Department have been selected to perform in the prestigious international NEU/NOW Festival 2015.

Students from Columbia College Chicago’s Theatre Department have been selected to perform in the prestigious international NEU/NOW Festival 2015, sponsored by the European League of Institutes of the Arts (ELIA), the primary independent network organization for higher arts education in Europe. The students were selected from hundreds of nominations of graduating students from art schools across Europe and beyond. The 6th annual NEU/NOW festival will take place in Amsterdam from September 9-13, 2015.

The program will include exhibitions, theatre performances, concerts, film screenings, lectures, and talk backs, creating a dynamic space for exchange between artists, audiences, producers, cultural operators, and curators. Participants have the opportunity to present themselves to a wider international audience within a professional arts context. The festival features top new artists now entering the professional arts arenas and is an international showcase for emerging creative talent. 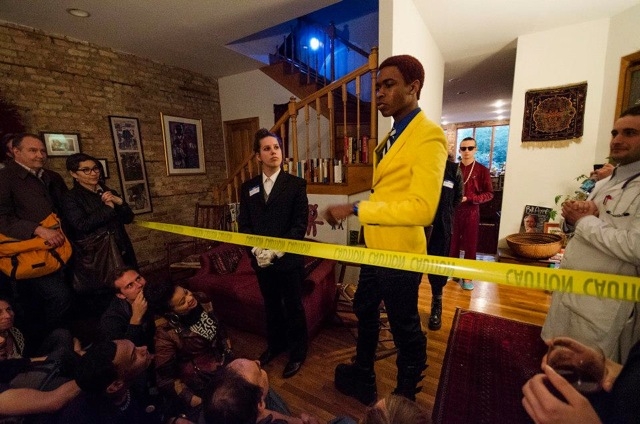 “This is the first time the Theatre Department has submitted work to be vetted by an international panel of arts experts,” notes associate professor and Acting Program coordinator Jeff Ginsberg, who facilitated the student projects and submitted them for consideration by ELIA, “To have both of our submissions chosen is a big honor.”

The two projects selected for exhibition are United States of Amnesia, to be performed in Amsterdam during the festival, and The Wonderers and Other Stories, which will be featured in the NEU/NOW Online Festival beginning this August, available for viewing by an array of artists, presenters, and arts organizations around the world.

United States of Amnesia was created by Columbia theatre students Hannah Burt, Travis Coe, Will Green, Will Greenburg, Charlie Haumersen, Emma Ladji, Rachel Minkoff, and Dior Stephens. They are known as Room | 916 Collective and they function as a devised ensemble, working without a designated director to create “fearless, physical, charged, and truthful” theatre. Amnesia was created as a response to growing up in an uncertain American society, examining “what it means to be, among other things, a servant, a child, a soldier, a consumer, and an intellectual in an increasingly violent, paranoid, and uncertain American society.” The performance incorporates dance, improv, Plastique work, and original writing.

The Wonderers and Other Stories was created during a January 2015 residency at the Double Edge Theatre in Ashfield, Massachusetts, part of a long-term collaboration between Double Edge and the Columbia College Theatre Department. Created by the ensemble utilizing Double Edge’s pedagogy of physical theatre training and research, The Wonderersand Other Stories mixes circus and spectacle, vaudeville and clowning, live music and poetic narrative to transport the viewer into the colorful, vibrant world of Mexican artist Frida Kahlo and her contemporaries. Images, text, music, and dance coalesce in a 30-minute pageant vibrating with sound, color, movement and magic inspired by Latin American magical realism. The Wonderersand Other Stories was originally presented in the Columbia College Chicago Theatre Center’s Classic Studio Theatre on January 27-28 as part of the Theatre Department’s Fresh Ink Play Festival. The students involved include Room | 916 members Hannah Burt, Travis Coe, Will Green, Will Greenburg, and Charlie Haumerson, joined by Sarah Cohen, Rafael Hernandez-Roulet, Leslie Keller, and Sean Marburger with set designer Allison Kozik, lighting designer Michael Joseph, costume designers Meagan Beattie and Benjamin Will, and sound designer Jacob Brown.

“This is a major achievement which demonstrates the high quality of our students’ work as artists and entrepreneurs,” says John Green, Interim Dean of Columbia College’s School of Fine and Performing Arts. “It confirms the Theatre Department’s ongoing commitment to providing international opportunities for students and faculty.”