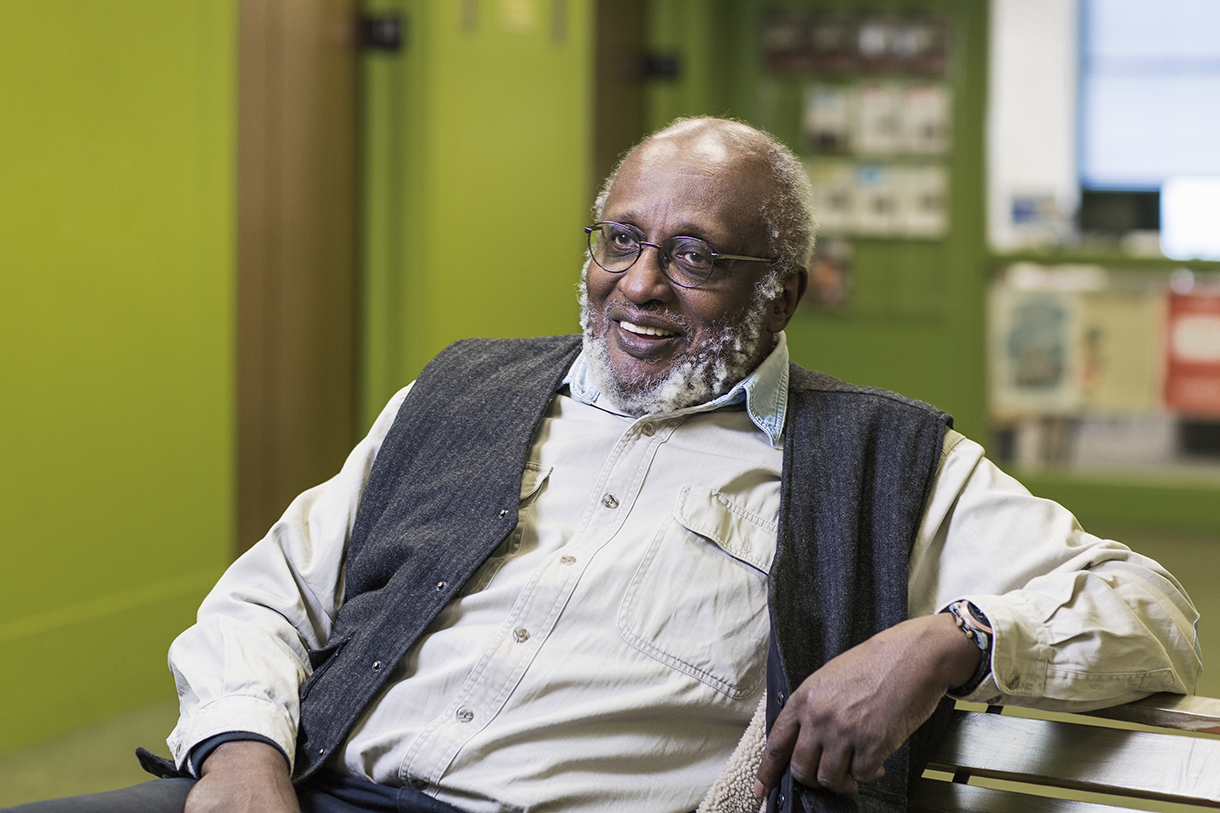 History, Humanities and Social Sciences adjunct faculty member Rozell “Prexy” Nesbitt has dedicated his life to activism. Nesbitt recently made an appearance in the two-part PBS series Black America Since MLK: And Still I Rise hosted by Henry Louis Gates, Jr. streaming online now. In it, he talks about his involvement as Dr. King’s bodyguard during a 1966 march in Chicago.

In the 50 years since, Nesbitt has done work with apartheid South Africa, taught across the United States and organized throughout Chicago and beyond. As the nation looks toward the presidential inauguration, which is in the same week as our country celebrates Martin Luther King, Jr., activism continues to take many forms.

Today, as in the past, activism is often led by young people and by college students. Here, Nesbitt discusses the lineage of the past struggles both in and out of the classroom.

Can you really teach activism?
Yes, I think we can. Curricula and pedagogies can instruct and guide people to make life better for everyone. It’s important that we learn not just to enrich ourselves but to make a contribution to society. Early on, I came across a Horace Mann quote that I really took to heart: “Be ashamed to die unless you’ve made a contribution to society.”

Coming up on the 40-year mark of teaching, there have been many students who have gone on to do extraordinary things in the community. Hearing about them becomes its own kind of reimbursement or reward. It gives me a rich reservoir of continuous energy to keep up and continue to teach more students.

What got you started in activist work?
The whole Nesbitt family was fairly well-known on the West Side of Chicago for giving back. I was fortunate enough to be exposed to extraordinary people who were committed to living a life that wasn’t just about self-aggrandizement. My work in Tanzania and Dar es Salaam with people who were deeply involved with ending colonialism and apartheid was very influential to me, especially early on.

Why is Chicago a good place to be an activist?
Chicago is a place where there are subterfuges and places where you can hide and pretend that things are happy or things are not polarized or difficult.

In my classes, we talk a great deal about the comparison between apartheid South Africa and Chicago as one of the most residentially segregated cities in the United States. For example, what is it like to ride the Red Line and suddenly look around and find that you are the only white student on the South Side of Chicago? Those things are a real wake up call to many students. Some students are never exposed to these things. We have students who don’t turn away from certain things and that’s one of the reasons why I really enjoy being at Columbia.

What’s your take on social media activism?
Social media activism is predicated on a great deal of awareness. But, I think one thing that needs to be more developed is a greater sense of trust, and that doesn’t come automatically. One of the greatest things I’ve gained is a tremendous community of people who have worked together, challenged together, gone to jail together … all those things foster trust. To really do activism, you need an atmosphere of activism and there needs to be more ways of developing that.

Why were you tapped to work with Dr. King that day?
I had come back from Tanzania and asked my mother what I should do. She suggested that I work with the Warren Avenue Congressional Church on the West Side, which my family was a part of. It was an interracial, bilingual congressional church. It was the only church in Chicago that would host Dr. King and his staff. It was a tremendous internship of a different sort.

But Warren Avenue Congressional Church didn’t survive that summer and a few years later the church closed. However, it helped bring about many things like the Community Renewal Society, Chicago Reporter, West Side Christian Parish, Trinity United Church and more. Sadly, many people don’t know about that church’s history.

What’s your read on the climate of the students now?
I sense an amping up. They are fuller and more conscious despite all the loads that they’re carrying, like debt burden or having to get through school at this point. I’m a believer that students themselves are the best teachers of each other and I sense a seriousness in them.