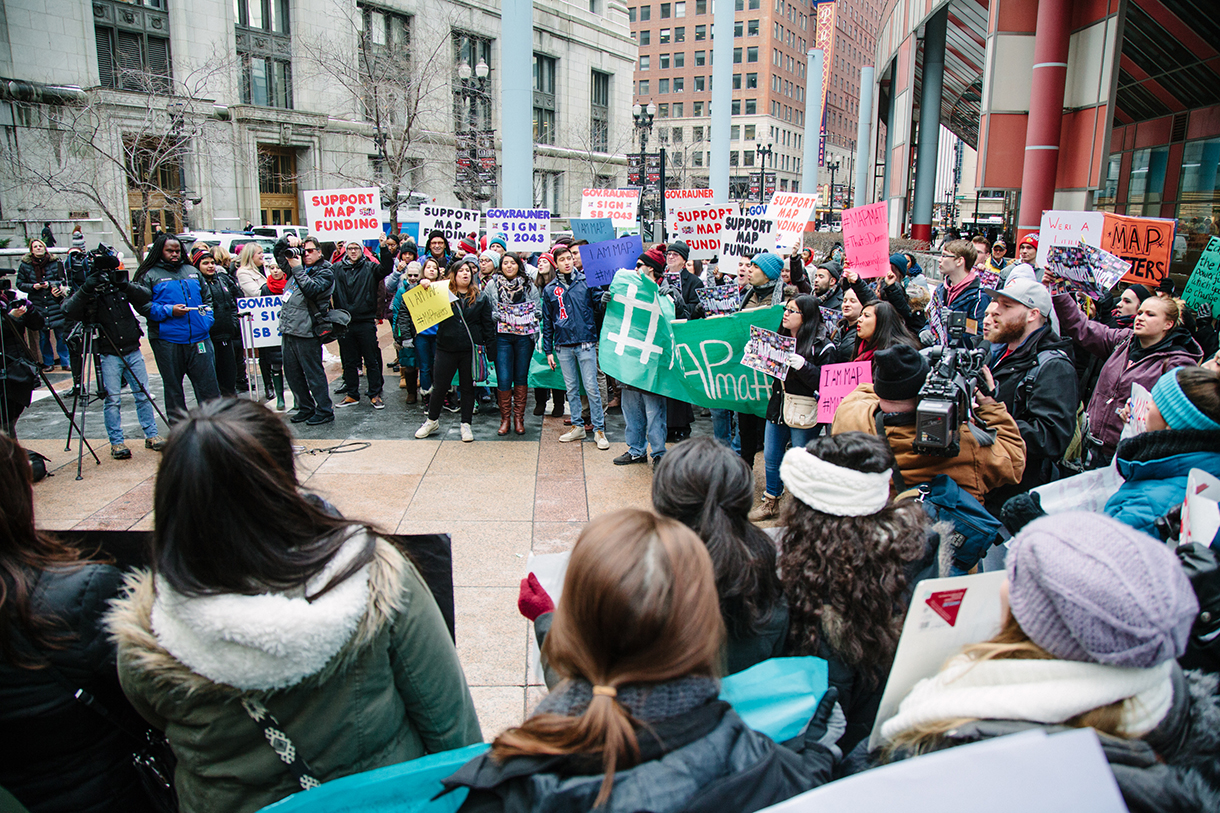 Last week, Columbia College Chicago announced it would cover more than $7 million in unpaid Monetary Award Program (MAP) grants for the 2015-16 academic year. The state of Illinois, which has yet to approve a budget for the current fiscal year, hasn’t funded the MAP program since July 2015, which left 1,833 of Columbia’s undergraduate students without the state aid they were promised.

While Columbia can assist MAP students this academic year, it would be financially unsustainable for the college to cover the state’s budget failure next year. Because of this, the college is preparing to support its 2016-17 MAP students through a number of avenues in coordination with Student Financial Services (SFS).

SFS will be working with students to develop payment plans and other sources of funding, where applicable, to help affected students sort out the MAP-specific portion of their bill. For returning and new students, MAP grants for 2016-17 will be clearly identified in financial aid packages as tentative, pending state allocation of the funds. Students and faculty who have questions about MAP grant funding can read more in the list of FAQ's here.

Other Illinois institutions have been less fortunate than Columbia this year: the Illinois Institute of Technology recently asked its students to pay back MAP grants it had initially disbursed for the fall 2015 semester with the assumption the state would have passed a budget; Chicago State University (CSU) will lay off hundreds of employees this month because the school will not be able to meet payroll. CSU also canceled its spring beak and shortened its school year so funds don’t run out before students finish their semester.

In March, lawmakers failed to override Rauner’s budget veto. Republicans and democrats in the house and senate have yet to come to a budgetary resolution, and it’s uncertain whether or not a budget will get passed this fiscal year. However, if the state appropriates MAP grants at any time during the 2016-17 academic year, the funds will be applied retroactively to the affected Columbia student accounts.